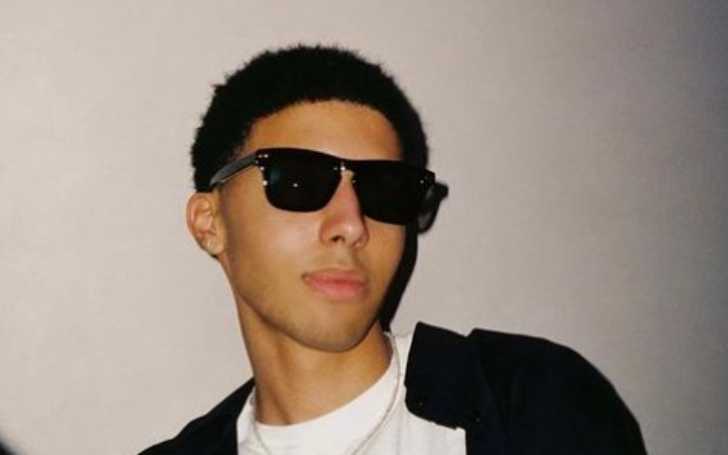 Preston Pippen is an American star kid who is widely famous as one of the children of Scottie Pippen and his ex-wife Larsa Younan. Like his father, he is also interested in basketball and plays for Sierra Canyon School.

His father Scottie is an American former NBA player who has a decades-long successful career in sports with uncountable records, awards, medals, and honors. On the other hand, his mother is an American reality star and businessman popular for appearing in the TV series, The Real Housewives of Miami.

Born in such a reputed family, Preston’s life has always become a center of media attention, with utmost curiosity surrounding her career achievements, personal life, lifestyle, parents, and siblings. Thus, today, we will be discussing all the unknown facts about Scottie Pippen’s son Preston Pippen.

How Old Is Preston Pippen?

Preston Pippen was born on the 26th of August 2002 in the United States of America. He is an American and belongs to the Afro-American nationality. As of 2022, he is 20 years old and is 6 feet 1-inch tall or 185 cm tall.

He was raised in Portland, Oregon by his parents Scottie Pippen and Larsa Younan. His father is a former American basketball player and his mother is a reality star, socialite, and businesswoman.

Does He Have Siblings?

On the other hand, the 20-year-old had four half-siblings from his father’s side. His eldest half-brother, Antron Pippen passed away on April 2021, and one of his half-sisters named Taylor also died after few days after her death.

Meanwhile, his other two half-siblings: Tyler Pippen and Sierra Pippen are alive and doing well in their life.

The Portland-born has a passion for basketball like his father. Following his dad’s footprints, he began playing at a tender age.

He along with his siblings grew up learning basketball techniques with his former NBA player father. During high school, he used to play basketball in the guard position for the academy.

The star kid might have received offers from reputed colleges but he is yet to announce if he has accepted any of them. As of now, it looks like the star kid is taking training so that he can pursue his career in the NBA.

Preston’s Father Is A Basketball Legend

Preston is one of the seven children of Scottie Pippen. His father is internationally famous as a former professional basketball player who played for 17 seasons in the National Basketball Association (NBA).

Scottie was an important part of the Chicago Bulls dynasty during the 1990s. He alongside Michael Jordan transformed the team into a champion team and made it popular around the world.

Talking about professional highlights, the former NBA played twelve seasons with the Bulls, four with the Portland Trail Blazers, and one with the Houston Rockets. One of the greatest small forwards of all time, he is the only NBA player to win an NBA title and Olympic gold medal in the same year twice i.e. 1992 and 1996.

On the other hand, talking about Preston’s mother, Larsa Younan is an American television personality popular as one of the original members of the Bravo TV series The Real Housewives of Miami.

Likewise, Larsa is also a socialite and an entrepreneur. She created and modeled her high-end jewelry line, Larsa Marie in August 2020. Besides that, she is also an OnlyFans star.

How Did Preston Pippen’s Parents Meet?

Scottie and his Younan met for the very first time in the year 1995. The couple first became friends and eventually began their relationship as lovers.

They dated for two years and finally decided to take their relationship to a new level. The duo exchanged their wedding vows on the 20th of July 1997. The nuptial ceremony was held at the First United Methodist Temple.

For almost a couple of decades, it seemed that Preston’s parents were going to be with each other forever. But, their relationship started breaking and Scottie filed for divorce with Larsa in October 2016.

As per reports, the reality star also filed for divorce claiming Scottie used to punish her if he does not get his way. At one point, they even agreed to continue their marriage and work on it for the sake of their kids.

However, their wedding did not last for more than a year and Scottie re-filed for divorce in 2018. After three years of their split announcement, the couple mutually decided to co-parent their kids and officially separated on December 15, 2021.

Is Preston Pippen Dating Anyone?

Preston prefers living a low-key life despite being a member of such a prominent family. He is very confident when it comes to his private life.

Although the star kid is verified on Instagram with 59.1k followers, he is not that active on social platforms. Scrolling his Insta page, it seems that he is very close with his family. He often shares pictures with his parents and siblings.

Talking about his dating life, Pippen is neither spotted with anyone on his social networking sites nor he has made any public appearance with anyone to date. So, as of 2022, we cannot confirm the relationship status Preston holds. We can say, he is single.

How Rich Is Preston Pippen?

There is no doubt that Preston is currently living a life many of us are dreaming of. He along with his siblings are enjoying all the luxurious facilities provided by his retired basketball legend father and television personality mother.

Talking on the same subject, Pippen’s father Scottie Pippen has an estimated wealth of $20 million in 2022, according to Celebrity Net Worth. With his decades-long successful career in sports, he used to earn $109 million alone as a salary.

Besides that, he used to add tens of millions to his bank account by endorsing brands such as McDonald’s, Right Guard, Nike, and Coca-Cola. On the other hand, his mother Larsa Younan also owns a $10 million net worth as a reality star and businesswoman.

Some Quick Facts About Preston Pippen