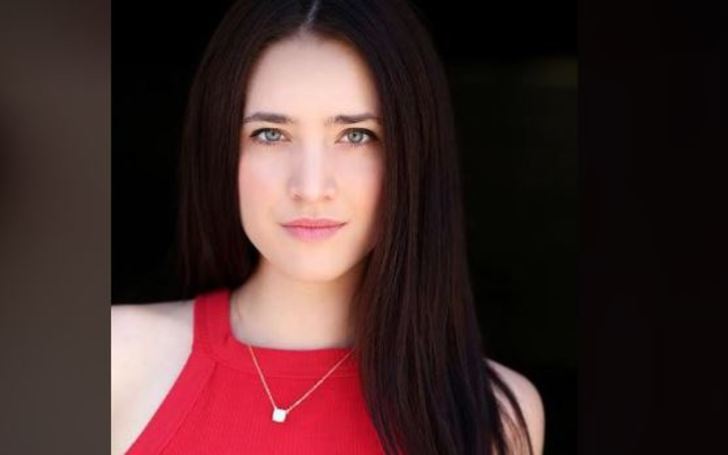 Prima Sellecchia Tesh or Prima Tesh is the daughter of actress Connie Sellecca and her husband, John Tesh. She’s a ballerina and a modern dancer as well as a fitness influencer with certifications.

Her mother has several acting credits while her father is a multiple award-winning musician, TV host, and reporter. Prima’s parents have been together for quite a long time; where they raised two children, a son, and a daughter.

Both the children are doing fine in their respective careers, but the focus of the day belongs to Prima. She recently has been seeing a surge in her fan following. Know why the case is so? Along the way, also read more about her personal as well as professional activities.

Prima got her name from her maternal grandfather, Primo Sellechia.

Her Brother Is Also An Actor

Prima is also a half-sister to Gib Gerard. He was born in 1981 through Connie’s first marriage to Buck Rogers actor Gil Gerard. Connie and Gil were married from 1979 to 1987.

John is the winner of six Emmys, has four gold albums, two Grammy nominations, and an Associated Press award for investigative journalism. His records sale sits over eight million.

The father of Prima Tesh has raised more than $7 million through live concerts. He is also the writer of the NBA on NBC basketball theme “Roundball Rock”.

The composer is likewise famous for co-hosting the television program Entertainment Tonight. He formerly worked as a sportscaster and host for the Olympic Games, Wimbledon, the US Open, the Tour De France, and Ironman Triathlon. Additionally, he was also a reporter.

John Tesh Left Et Because Of His Daughter, Prima Tesh

Most people wonder why in the world John Tesh left ET in 1996. The Emmy winner in Dec 2004 revealed “My daughter could not watch the show.” He explained he did so because he needed to pick a vocation that his then 9-year-old daughter Prima could actually share with the rest of her fourth-grade class.

John also said while he mostly enjoyed doing the show, toward the end of his tenure he had conflicts with producers over risque things they wanted him to say, which, as a result, fell to his co-host, Mary Hart.

In 2016, Prima’s father, John revealed he had prostate cancer. He, though, had become cancer-free in 2018 until October 2021 when he announced the disease was back. The former Entertainment Tonight host said switching to the ketogenic diet helped him in recovery.

The New Yorker pianist said his doctor found two tumors around either side of his pelvis, wrapped around the organs.

Prima’s musician father revealed his wife, Connie had been a huge contributor in his treatment, “I wouldn’t have made it (without Connie),” said the Out Of Silence singer.

Fortunately, he once again became cancer-free after the doctors had removed his prostate. However, the tumors left him with one functional kidney.

Tesh’s mother, Connie Sellecca is an actress, producer, and former model. She is best known for her roles on the television series Flying High, The Greatest American Hero, and Hotel. For the latter, she received a Golden Globe Award nomination for Best Actress – Television Series Drama in 1987.

As an actress, her other notable films and series include Captain America II: Death Too Soon, Hotel, PS I Luv U, The Wild Stallion, I Saw Mommy Kissing Santa Klaus, and A Dangerous Affair.

Her Parents Are Together Since The Early ’90s

Prima’s biological parents, Connie and John married in 1992. They have been together for nearly thirty years. John and Connie met at a hotel gym in Palm Springs.

Her Family’s Tv And Radio Programme Is Quite Famous

Prima’s family Connie, John, and Gib host a lifestyle program, Intelligence for Your Life. The trio offers advice from health, finance, relationships, careers, and beauty experts through the program. The most popular feature of the show is a family round table, in which the three talk about issues regarding all factors including some that are otherwise awkward for a normal family.

Intelligence Of Your Life airs for 30 minutes every day and also has a radio counterpart. The radio show runs talks with an occasional mix-up of soft Rock and Christian pop music. The radio show is called the John Tesh Radio Show and broadcasts on over 300 stations nationwide.

Additionally, Prima’s mother, Connie, too, has her own three-hour weekend show, Intelligence for Your Health. It premiered in 2010. Tesh’s family’s broadcasts rank on the list of the most popular radio programs in the USA, Canada, and the UK.

Prima Tesh Once Acted In A Comedy Series

She also has one acting credit in the series, What’s Up North (2019).  In the comedy show starring Trevor Tordjman, Jordan Clark, and Brett Melnick, Tesh appeared in an episode titled Sneaker Culture.

She Is Mostly A Dancer/Fitness Trainer

Prima Tesh is a professional in Mat Pilates and is Lagree certified. John Tesh’s daughter is an instructor at @thestudiomdr, a Gym/Physical Fitness Center. She is proficient in pilates abs, cardio, triceps and shoulders, glutes and core, and thighs.

While talking with Closer Weekly, John said he shares quite a close bond with his daughter. In fact, the New York pianist says his love for music is something he and his daughter have in common.

He explains he and Prima are connected as performers. John added that his daughter tours and dances with them. The father remembered Prima doing so since she was a little kid.

The father and daughter often engage in a battle with each of their piano and dancing skills.

Prima Tesh’s Boyfriend Is A Filmmaker

While it is not disclosed when they started their relationship, Prima first introduced her boyfriend, Sam to her Ig followers on October 1, 2018. Sharing a picture of herself taken alongside Rutherford, Connie’s daughter wrote the caption,

‘*pictured right to left* Me trying to gossip and @samuelrutherford telling me to be nice!’

Thereafter, Sam started to become more frequent on his girlfriend, Prima’s socials with the couple gradually showcasing their growing fondness for each other.

As A Kid, She Experienced Tsunami Devastation First Hand

When Prima was 10, the dancer, her father, John, and her mother Connie spent a week working with Operation Blessing (OB) in tsunami-ravaged Sri Lanka. The government had assigned OB to help with the medical needs in nine refugee camps at Ampara. The Tesh family helped with the eastern coast of Sri Lanka.

Tesh and her parents also provided their support to an orphanage.

Other Facts About Prima Tesh:

While Prima was still an infant, her actress mother Connie, stipulated in her contract that the film allocate her breastfeeding times. She was at the time working in A Dangerous Affair.