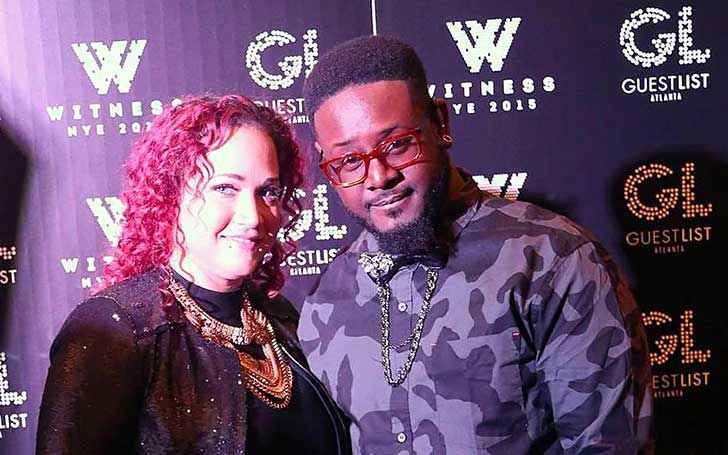 Faheem Rasheed Najm a.k.a. T-Pain is a well-known American rapper, singer, and songwriter. Having married in the early days of his career in music, T-Pain went on to find success both in his career and in married life. The 34-year-old rapper frequently makes a buzz in the media due to his long-term marital relationship with his wife of 16 years.

T-Pain, meanwhile, is one of the few rappers who has been leading a successful married life for nearly two decades. So, let’s find out the secret of their happy conjugal life.

T-Pain is Married to Amber Najm since 2003

Rapper T-Pain was just 18 years old when he tied the knot with his wife Amber Najm. Both the teenagers were pretty young in their relationship as well when they took the decision to walk down the aisle. Even though it appeared to be an immature decision of the youngsters back then, they have groomed their married life quite well over the years.

The husband-and-wife of 17 years are also proud parents of three kids. They have one daughter, Lyriq Najm, and two sons, Muziq Najm, 12, and Kaydnz Kodah Najm, 9. All of their children’s names are related to music terms. Lyriq resembles “Lyric” Muziq resembles “Music” and Kaydnz Kodah is similar to “Cadence Coda.”

T-Pain Denied Being in an Open Relationship with his Wife

T-Pain and his spouse were rumored to be in an open relationship for a long time. Talking to People in early 2019, the Florida-native rapper nullified all those rumors. The rapper told,

“It’s definitely not that, not at all, not even close. I wouldn’t even want to do that with a girlfriend, nonetheless my wife.”

Talking to the outlet, T-Pain also revealed that “listening to each other” is the secret to their happy married life. “Just try to understand each other rather than try to be the one that’s right,” said T-Pain talking about his peaceful conjugal life with Amber.

T-Pain said that it was when he knew his wife like girls. He added the pair went to a strip club where they were with only strippers and the securities. He added that his wife said,

T-Pain admitted the married couple has engaged in a number of threesomes after that.