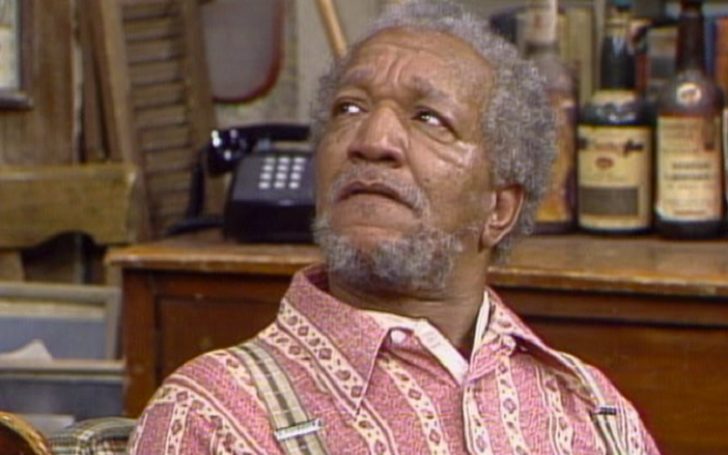 Debraca Denise is the adoptive daughter of late popular stand-up comedian Redd Foxx and the biological child of Betty Jean Harris. Her step-father Redd was named as the “King of the Party Records,” with his performance on over 50 records throughout his life.

He performed in a number of popular TV shows such as Sanford and Son, The Redd Foxx Show, The Royal Family, and more.

On the other hand, Denise’s mother was a singer and a dancer. Well, in today’s article, we will talk about Debraca’s hush-huss life. She married a Los Angeles businessman, however, her father wasn’t at the wedding.

Here what you need to know about Foxx’s only adoptive daughter!

Denise previously worked at one of Redd’s Target stores. She was born in 1949 or 1950 in the United States, to Betty Jean Harris. However, the details of her biological father still remain out of the media.

Debraca has an American nationality and belongs to the Afro-American ethnicity.

Redd and Betty tied the knot on 5th July 1956. The two first came across at a nightclub. She was a singer at the club with her two sisters at the time. Due to some financial problems, Betty also had a day job.

She saw her future husband Foxx backstage but he would never pay any attention to her. Despite that, the two eventually began their love affair and exchanged their vows in 1956.

But one of the terms of Foxx’s marriage to Betty Jean was that she would have to give up her singing career in order to become a full-time housewife.

“Even though I linked show business a whole lot, I like being Mrs. Redd Foxx even more.’

She had to handle her hubby Redd’s enterprises such as a chain of five Los Angeles record stores and several other business ventures.

However, the first year of their marriage wasn’t so good as they ran into several problems adjusting to one another.

”There were some pretty tense moments, too. We had our differences, but I guess when you’re right for each other, nothing is too difficult to work out. It’s been clear sailing since our first year.”

One of Hollywood’s longest marriages of Redd Fox and wife Betty Jean Harris lasted for 18-year as they went their separate ways after Foxx’s infidelity. In may 1974, the greatest comedian was filed for divorce from his spouse on grounds of incompatibility.

Their separation came as a shock to observers of the entertainment world who often pointed to the Foxxes as a model Hollywood couple.

Robert Reid, a lawyer of Redd obtained a restraining order against Mrs. Foxx. The court ordered blocked her from “removing, hiding, or secreting” any properties from their home on Eastern Avenue in Las Vegas. She had to return all money and checks, especially $110,000 which removed from bank accounts.

Foxx first married Evelyn Killebrew in 1948. Nonetheless, their marriage ended in divorce in 1951. He third time tied the knot with Joi Yun Chin Chung on 31st December 1976. Their wedding was held at the Thunderbird Hotel in Las Vegas. His third wife Chin was 20-year his junior.

His fourth spouse was  Kaho Cho whom he married in July 1991. The couple met at Bally’s Hotel and Casino in Las Vegas and exchanged their vows at Little Church of the West in Las Vegas.

They were still together until Foxx’s death on 11th October 1991.

In June 1975, Debraca married Ralpha Russell. Her husband is a Los Angeles businessman. The two walked down the aisle in a ceremony staged with the lavish beauty of a Hollywood production in the Grand Ballroom of the Beverly Wilshire Hotel. Their wedding cost was around $40,000.

The lavish event was attended by 450 guests seated in concentric circles around a flower-covered gazebo. The bride opted for a white chiffon gown by Holan Miller of Beverly Hills. Antoinette Woods was the maid of honor while Deimion Schott was the best man at the event.

Her mother Jean Foxx later hosted the party for close friends and relatives at her Toluca Estate home. Debraca was given in marriage by her uncle, Kent Harris. The absence of her dad was rumored to be due to problems arising from his divorce action against Mars. Betty.

Does the couple have kids?

Denise and her hubby Ralpha have kept their marriage details behind closed doors. Furthermore, it still remains a mystery whether the two have children or not.