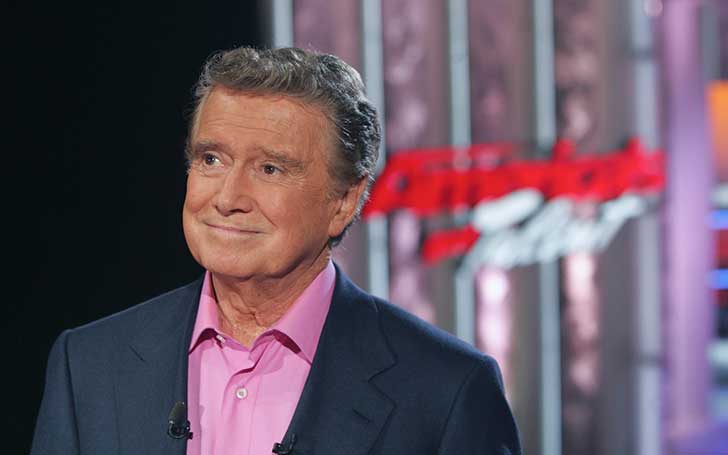 Catherine Faylen also famously known as Kay Faylen is a former American actress. Besides, she is also popular as the daughter of the late actor Frank Faylen. Kay pursued an acting career in her young days, however, she has been remaining out of the media for years now. And in 2020, following the death of iconic US television personality and actor Regis Philbin, Catherine once again hit the media. Well, in case you didn’t know, she is the ex-wife of the late actor Philbin.

Catherine and Regis were married for over a decade in the 1950s and the ’60s. They also shared a couple of children before parting ways. Kay had been living low-profile for years, however, people started searching about her on the internet ever since her ex-husband’s passing. So, where is Catherine Faylen currently? What does she do?

In today’s episode, we are exploring the nitty-gritty of Kay Faylen’s life. Stay with us.

Catherine Faylen is the Daughter of the Late Actor Frank Faylen

Catherine was born Catherine Frances Ruf to her father Frank Faylen and mother Carol Hughes in Chicago, Illinois, USA. While talking about her birth details, there is some discrepancy on her birthday. While sites like IMDb, and Heavy have mentioned Kay was born on July 9, 1929, Myheritage.com claims she was born in 1931.

Besides, Kay has a younger sister Carol Jones (nee Faylen). According to IMDb, Carol was born Carol Diana Ruf on December 27, 1948, in Los Angeles, California. Carol has been married to Stephen Jones since December 21, 1968, and the pair is the parent of one child.

Her Father Died at 79

Born Charles Francis Ruf on December 8, 1905, actor Frank Faylen died at the age of 79 on August 2, 1985. Frank died in Burbank, California from complications of pneumonia. The actor was buried in the San Fernando Mission Cemetery in Mission Hills, Los Angeles.

LA Times referred to Frank in their article as a veteran of more than 400 films. Some of his famous acting work included The Grapes of Wrath, Gunfight at the OK Corral, and Funny Girls to name a few. Frank worked as a vaudevillian song-and-dance man before he turned a screen actor in 1936.

Catherine’s mother was also an Actress

Though not as popular as her husband Frank, Catherine Faylen’s mother Carol Hughes was also a well-reputed actress. Carol was born Catherine Mabel Hukill on January 17, 1910, in Chicago, Illinois.

Carol is remembered for acting opposite Gene Autry and Roy Roers. She is most well known for her character as Dale Arden in Flash Gordon Conquers the Universe in 1940. Besides that, she famously worked in other films such as The Miracle Kid, She’s for Me, The Beautiful Cheat among others.

She was married to Frank Faylen from 1928 until his death in 1985. Ten years after her husband’s death, Hughes died on August 8, 1995, in Burbank, California. She was 85 at the time of her death and was buried right next to her husband in San Fernando Mission Cemetery.

Catherine’s Career as an Actress

Being born as the daughter of actor parents, it was likely that Catherine became interested in acting from her early childhood days. She hasn’t talked much about her passion for acting in the media since she lives a life away from the media.

However, as per the records, she was shortly active as an actor in the 1950s. Some of her famous roles came in the film Science Fiction Theatre in 1955, Highway Patrol in 1955, and The Man Called X in 1956. Catherine couldn’t flourish in her career as her parents and younger sister Carol did, and she gradually moved away from the mainstream.

Catherine Faylen was Married to Regis Philbin as His First Wife

Catherine’s love life with late television presenter and actor Regis Philbin might be the most talked-about stuff of her. Well, not many online tabloids have covered Kay and Regis’ relationship, however, we do know that they were married for over a decade.

According to ET Online, the former pair got married in 1955, however, IMDb has mentioned they walked down the aisle on September 8, 1956. At present, we can’t confirm their official wedding date, yet we can say they were married in the mid-1950s for sure.

Shortly after their marriage, Kay gave birth to their first child, a daughter named Amy Philbin. They also welcomed a son, Daniel Philbin before parting ways in the late 1960s. As per the record, Catherine and her husband Regis divorced in 1968.

Catherine and Philbin’s son Daniel died in November 2014 from natural causes. He was aged 49 at the time of his death. However, his death was only publicized months later in 2015 March.

Daniel was born in 1967 with a defect in the spinal cord. The defect finally led Danny to have both of his legs amputated. He attended Quartz Hill High School while growing up in Los Angeles. Danny later graduated with a degree in political science from California State University at Northridge.

Talking with Esquire in 1994, Daniel’s now late father Regis said Danny was “my hero in life.” He added, “For him to overcome all this disability, to graduate from college, work on his master’s program – he’s just a dynamite, a remarkable kid.”

Despite his physical disability, Danny had a successful career with the U.S. government. He worked for the Department of Defense’s Public Affairs Office in the Pentagon. As a matter of fact, he was at his office when the notorious 9/11 attack happened.

As per the reports, he was on his desk when the hijackers crashed the Boeing 757 aircraft into the western facade of the building. Danny showed a quick yet mature reaction to the incident and left the building and then helped his office deal with the media. Later, Danny was awarded for his contributions to the DoD workforce.

Did She Remarry after Divorce? Her Ex-Husband Regis Philbin’s Second Marriage

Catherine started living a life away from the media attention following her separation from her husband Regis Philbin. It’s unfortunate that we don’t have any further updates about her love life and relationships after her first divorce.

On the other hand, her former spouse, actor Regis married interior decorator Joy Sense in 1970. They were married until his death in 2020. Like with his first wife, Philbin also gave birth to two children with his second wife Joy. They had two daughters; Joanna Sense and J.J.

After his second marriage, Philbin mostly split his time between his Manhattan apartment and his house in Greenwich, Connecticut.

The well-celebrated television personality and actor Regis Philbin died at the age of 88 on July 24, 2020. He passed away in Greenwich, Connecticut hospital just a month before his 89th birthday. Philbin’s funeral was held at the Basilica of the Sacred Heart and he was buried in Cedar Grove Cemetery.

Regis had battled several health issues time and again before his death. He had an angioplasty in 1993. Years later he suffered from a heart issue due to plaque in his arteries and to remove this he underwent triple bypass surgery at Weill Cornell Medical Center in March 2007.

Philbin’s health issues didn’t end there as on December 1, 2009, he had hip replacement surgery. Again, in May 2010, he had to undergo a knife to have a blood clot removed from his calf.

Where is Catherine Faylen Currently?

This is one of the most asked questions about Catherine. Well, many people have also asked if she is still alive. So, here we want to make sure that Catherine Faylen is still alive as of 2022. We are saying so as there has not been any news of her demise so far.

But, when it comes to her whereabouts, we are clueless. It’s very unfortunate that we could retrieve no info regarding what she is doing as of now and where she lives.