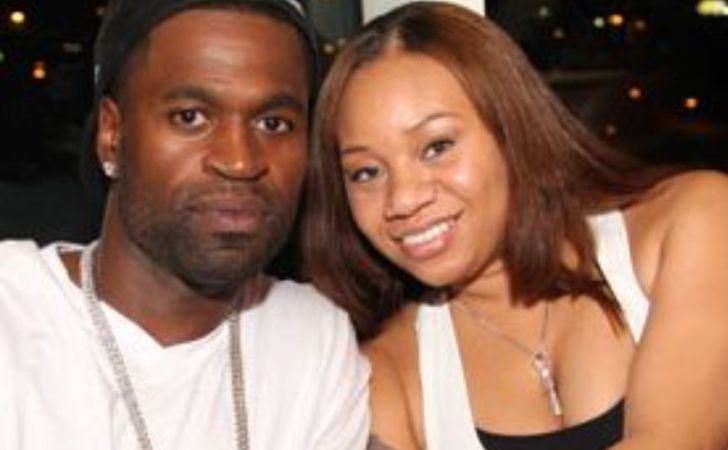 Renata Elizabeth White is not famous because of her professional accomplishments. She gained a little bit of recognization because of her marriage to famous Basketball player Stephen Jackson. Renata also was pregnant with Jackson’s child but miscarried.

Further, around 2013, Renata filed for divorce with Jackson, which eventually turned into a nasty fight. However, it looks like things have changed between the two at present. Well, is she still with her husband? Here is a comprehensive biography with all the details about her.

As we did mention, Renta Elizabeth White had a short-lived unsuccessful marital relationship with NBA star Stephen Jackson. The two married on July 11, 2009, at the Westminister United Methodist Church in Houston.

Their wedding was a beautiful occasion which was followed up with a reception at Hotel ZaZa, with over 225 guests attending the nuptials. As per Jackson’s mother Ms. Judyette, American singer-songwriter Avant graced the occasion with his beautiful songs.

The extravagance did not end there; the duo reportedly went to Hawaii and stayed in Atlanta to celebrate their honeymoon.

However, despite all the razzle-dazzle and the initial bonding they shared, Renta’s marriage ended in an ugly divorce with Stephen.

The Ugly Divorce of Renata Elizabeth White and Stephen Jackson

After almost 4 years of marital relationship, Renata filed for divorce from the Los Angeles Clippers star on July 18th, 2013, in Georgia Court. Their divorce settlement took an ugly turn after White accused Jackson of selling her Bentley behind her back.

Regarding the sale off Bently in a court clarification, she stated that Stephen taunted her in a text message. As per her message reads as follows,

Clearly u make a lot of decisions without me. So I sold [the Bentley] for what I pay for it. U can get something else. I will spend it all before I let u take it and spend it on another n**ga or bitch. I worked to hard and give u to much to be treated like a guest and not a man. F*k dat. I will get to the bottom of all this disrespect. I’m wit the bulls**t

Their Divorce Is Yet To Finalize

It’s been years since Renata filed for divorce with Jackson, but it does not look like their divorce is finalized. In an article published by TMZ in 2015, Jackson sternly asked the judge to throw the divorce petition her wife filed.

He also further stated that his marriage was great when Renata filed for divorce & that it is great at present as well. Moreover, she stressed the fact that he is having a great sexual relationship with his wife.

As per him, he along with Renata has been regularly going on vacation to places like the Bahamas, Cancun, and Jamaica. In his court document he filed in 2015, he said,

Despite filing for divorce, [Renata] continued her relationship with [Stephen] in an effort to ‘have her cake and eat it, too

Renata White Suffered Miscarriage With Her Child With Jackson

Following her marriage, Renata reportedly got pregnant with her first child. But unfortunately, she suffered a miscarriage. Well, as a San Antonio Spurs’  Jackson took 10 days’ leave from the team.

The veteran basketballer candidly spoke about the loss of her unborn son and explained his wife’s status. In a conversation with San Antonio Express-News during his game against the Los Angeles Clippers, he also talked about his wife’s health and stated,

As for a fact, White’s husband Jackson has five children from other unrevealed relationships.

Renata Was Robbed At Gun Point

Back in July 2010, three masked men broke into Renata White’s home in South Charlotte, NC. As per the police reports, White’s husband Jackson was not in the town when the incident happened.

The incident took place early morning when the robber held White at gunpoint and took away all the valuable assets including jewelry, a 9 mm handgun, a stun gun, and several Louis Vuitton wallets.

White was later locked in the bathroom but was luckily unhurt by the burglars. Well, police later stated that there is no clue how robbers got into a gated community like this, however, they stated that the robbery was not random and probably was targeting Stephen Jackson.