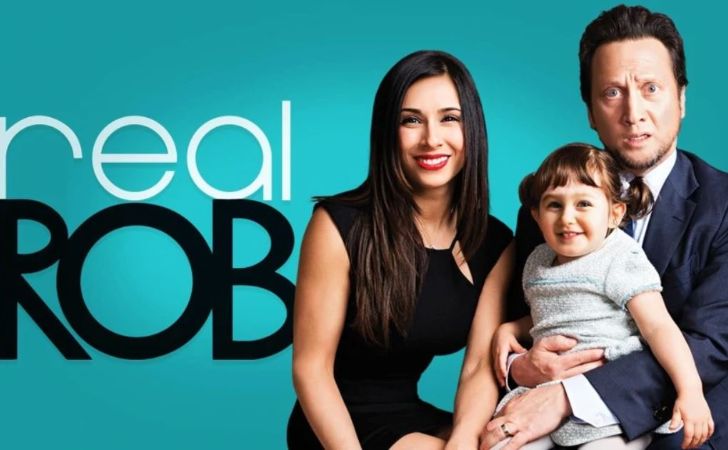 There are numerous kids who we know primarily because of their parents. And Miranda Scarlett Schneider is one of them. She is one of Rob Schneider’s daughters. Miranda is just 9 years old and she is already as famous as any successful star. Besides, the star kid is also an actress and has also made an appearance in a TV series.

As we have already mentioned, Miranda Scarlett Schneider is the daughter of American actor, comedian, and screenwriter Rob Schneider. Likewise, her mother Patricia Azarcoya Schneider is also equally famous and is recognized as a Mexican television producer.

Talking of her siblings, she also has a younger sister Madeline Robbie Schneider and an older step-sister, Elle King. Just for a fact, King is her father’s daughter from his first marriage. She is a successful singer by profession.

Well, like any siblings, Miranda shares a great relationship with all her sisters. In fact, the sisters have appeared together on a number of posts on their parents’ social media.

Like her father, Miranda Scarlett Schneider Is Also An Actor

Born to an actor-father, Scarlett has already given a kind of a hint about her love for acting. Well, it might just be in her genes, but she has already made her acting debut. The cute little star appeared in the successful Netflix sitcom Real Rob in 2015. At the time she was just five years of age.

Starring her real father and mother, the American sitcom premiered on December 1, 2015. The second season of the show aired on September 29, 2017. The sitcom has a decent 6.5 rating on IMDb.

Since the release of the second season of the sitcom, Miranda Scarlett seems to have given a brief pause to her acting career. She is currently busy with her studies and hopefully will make a comeback very soon.

Her Parent’s Successful Career In The Showbiz

As we have already stated, both the mother and father of Scarlett lead a very successful career in the films and TV world. Her father Rob made his acting debut in the 1989 sitcom 227, where he played a character named Jeremy. He made his film debut in 1990, as Voyeur Martian in Martians Go Home.

Over the years, he has been part of numerous TV and films, some of which include Necessary Roughness, Judge Dredd, Susan’s Plan, Around the World in 80 Days, Grown Ups, Men Behaving Badly, and numerous others. Of all these, he is most famous for his works in Deuce Bigalow: Male Gigolo, The Hot Chick, The Animal, Grown Ups, and The Benchwarmers.

Further, he is also considered a veteran of the NBC sketch comedy series Saturday Night Live and has made an appearance in some popular episodes. He was also the senior writer of the series during the initial phase of his career.

Miranda Scarlett Schneider’s Mother Began Her Career as a Model

Talking about Miranda Scarlet’s mother, she currently leads a successful career as a film producer. She started out as a model in Mexico. Not only this but she also appeared in some successful Spanish language films that include El pelado de la noche, The Richmeister, Guerra De Chistes, El monchis, Que show con Alejandra Bogue, El show del Polaco, and CuentameLove.

Scarlett’s Parents are Married For Years Despite Huge Age Gap

Rob and his long-time girlfriend Patricia married on April 23, 2011. Their private wedding ceremony was held in Beverly Hills. Though their wedding was a very closed ceremony with very few friends and family, Rob later talked about the beautiful event in the media. He said,

Patricia and I were surrounded by our closest friends and family; it was the happiest day of my life. We had a great time at the wedding and are looking forward to our honeymoon

Well, his now-wife Patricia is 25 years younger than him, but the husband and wife share a great relationship. Looks like age doesn’t make much difference when you are actually in love. Hopefully, their relationship continues the same way forever.

Prior to Patricia, Rob had already married twice. He was first married to actress London King. The duo married in 1988 but just two years into marriage, they divorce in 1990.

Later in 2002, he tied the knot with Helena Schneider. But this time again, he could not continue his relationship and divorce in 2005.

Miranda Scarlett Schneider is still a young kid and is not on social media yet. However, her parents are pretty active on all social media platforms. As of 2021, her dad her over 1.3 million followers on his official Instagram account. Likewise, on his Twitter, he has over 845k followers. On both platforms, the actor pretty much posts all about his personal and professional life.

Likewise, Miranda’s mother is huge over 78k followers on her official Instagram. She is not on Twitter yet.

Needless to say, but Miranda comes from a wealthy household. As a daughter of a successful actor and model, she has seen and enjoyed riches since her birth. Well, her father has an estimated $12 million in net worth, which is a huge sum of money.