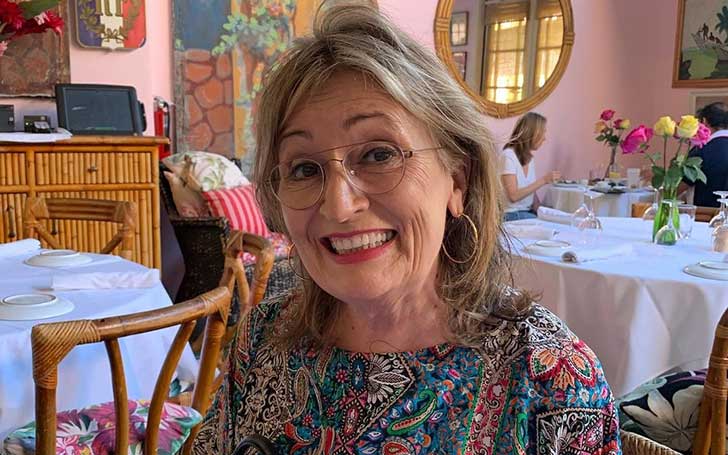 Rosemary Margaret Hobor might not be a well-known name in the entertainment industry. But, she was linked to one of the most admired comedians, John Candy. Rose is the widow of late Canadian comedian, John. She spent some happy times as John Canady’s wife and became a mother twice before her husband tragically passed away.

After her husband’s death, Rose has been living a private life. She still comes into the spotlight as both of her children have chosen in their father’s footsteps.

In today’s episode, we will focus on every part of Rosemary Margaret Hobor’s life.

Rosemary met her late husband John Candy on a blind date set up by their mutual friends. The couple met in early 1979 and hit it off soon. After a couple of months, the couple got married on April 28, 1979. The couple enjoyed their married life for around one & a half-decade before fate parted them away.

They gave birth to two beautiful children as a married couple.

Rosemary’s husband, John Candy died on March 4, 1994, in Durango, Mexico. He was found dead shortly after midnight on the 4th of March. Candy was shooting Wagons East for Carolco Pictures at the time.

Even though an autopsy was not performed, a Durango government spokeswoman confirmed John died of a heart attack. He was 43 years old. A statement by a Carolco publicist read:

“We are all very saddened by the death of this very fine and talented man. John Candy was a marvelous entertainer, a wonderful human being, and one of the most respected actors in the motion picture and TV industry.”

“For this to happen at the end of the shoot of ‘Wagons East’ makes it particularly personal for all of us.”

In 2019, a television series, Autopsy: The Last Hours of… covered the storyline of John Candy’s death.

She is a Mother of Two

Rosemary Margaret Hobor is a mother of two children whom she gave birth to her late husband, John Candy. Rose and Candy gave birth to their first child, a daughter Jennifer Candy on February 3, 1980, in Toronto, Canada. Four years later, Rose welcomed her second kid, a son, Christopher Candy on September 23, 1984.

Both of her children have followed in the footsteps of their father. Jennifer is an actor and producer, famous for her works on In Vino (2017), Liv and Maddie (2013) and Where’s This Party? (2014). Jennifer is happily married to Bryan Sullivan since October 27, 2012. She has a daughter, Finley Candy Sullivan with her husband.

John Candy was born on October 31, 1950, in Newmarket, Ontario, Canada. He was born to his father Sidney James Candy and his mother Evangeline Candy (nee Aker). John was raised Roman Catholic. His father was of English and Scottish descent while his mother had Polish and Ukrainian descent.

His father, Sidney died at the age of 35 in 1955 when John was only 5 years old. After the death of his father, he lived with his mother in a small house in East York, Ontario. Candy studied at Neil McNeil Catholic High School in Toronto. He later studied at Centennial College followed by McMaster University.

Talking about his career, he made his television debut as a guest-star on a Canadian children’s TV series, Cucumber. He worked as a regular cast on the series, Dr. Zonk and the Zunkins in 1974 and 1975.

John is best known for his appearances in comedy films like Stripes, Splash, Summer Rental, The Great Outdoors, and Uncle Buck among others.

Rosemary Margaret Hobor is a Canadian by Birth

Rosemary was born on August 30 in Toronto, Ontario, Canada. As for the year of her birth, many online tabloids have mentioned she was born in 1948. However, most of such sites have mentioned her birthday is November 30th, so we can’t assert her birth year.

Both of her children share her photo and wish her birthday almost every year on social media. Neither Jennifer nor Christopher has mentioned the age of their mother in their post.

How Old Is Rosemary?

As per her bio on her website, Rosemary Margaret Hobor is a contemporary artist. She studied Material Arts at the Ontario College of Art and Design University. Her bio also tells that Rose has been involved in pointing, drawing, and photography for more than four decades.

Moreover, she taught as a visiting artist in Toronto for eight years during the 1970s. As of now, she has a studio in Santa Monica, California.

Besides, Rose shares her children’s photos and sometimes she also remembers her late husband sharing their old pictures.

Rosemary was in a happily married relationship with John Candy when he passed away from a heart attack. Since the tragic incident, she has been remaining away from the spotlight. Even though Rosemary has chosen to remain low-key, several online media have claimed that she is living as John’s widow and has never contemplated remarrying.

Rosemary’s Husband John Candy’s Net Worth at His Death

John Candy, a renowned Canadian actor, and comedian died in 1994 at the young age of 43. He started his career as a comedian in his early 20s and gave nearly half of his life to the entertainment industry. Candy also earned a handsome amount of money from his career besides the outspread fame he garnered. According to celebrity net worth, John Candy had a net worth of $15 million at the time of his death.

On the other hand, Rosemary Margaret Hobor’s net worth is not known at present although some online sources have mentioned she has a net worth of around $1 million.