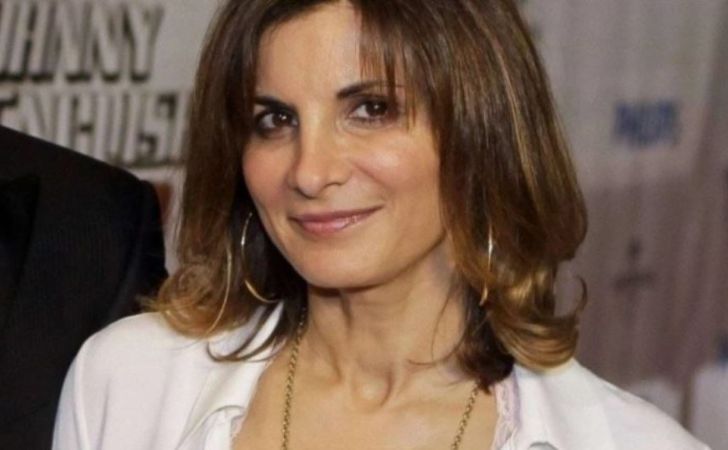 Sunetra Sastry is an English makeup artist famous as the ex-wife of actor Rowan Atkinson. She is widely recognized for her work in the BBC series Smack and Thistle, and Black Adder. Prior to getting fame professionally, Sunetra gained major media attention after her marriage with famous actor Rowan.

From her married life, Sastry also had two children with her ex-husband. Well, she is now divorced, but how has her life been since her separation from her spouse. Well, in this article, we are going to talk in detail about her professional & personal life.

Who Are Sunetra Sastry Parents? Details on Her Age

The English makeup artist Sunetra Sastry is reportedly the daughter of an Indian father and an English mother. She was born on September 5, 1957, in Newcastle upon Tyne, England. As of 2023, her age is 65.

Born in Newcastle upon Tyne, Sastry of Indian origin was raised in western influence. Besides, as far as her nationality is concerned, the ex-celebrity spouse is British.

Though her parents initially wanted her to consider a career in nursing, her natural instincts were more inclined to the creative professionals. Thus, Sunetra eventually convinced her parents and decided to pursue a career as a makeup artist and attended Beauty College in London.

Sunetra Sastry Has Worked As Makeup Artist In Movies

As we mentioned, Sunetra is a successful makeup artist. In fact, as a professional, she has been part of several movies and TV series as well. Her first work in TV as a makeup artist came back in 1986 in the series Blackadder II.

She was part of around six episodes of the show along with another makeup artist named Victoria Pocock. The series stars actors like Rowan Atkinson, Tim McInnerny, Tony Robinson, among others.

Later, Sastry also worked as a makeup artist in the TV movie Smack and Thistle in 1991.

Sastry was married to Rowan Atkinson. The couple married in February 1990, in a famous restaurant in New York named the Russian Tea Room. Their wedding was attended by mostly their colleague, friends, and family members.

But how did they meet? Well, the couple met for the first time back in 1986 on the sets of Blackadder II, where she worked as a makeup artist. In the given series, she was a makeup artist for another actor Stephen Fry, however, Atkinson was so attracted to her that he approached Fry to switch their artist.

Well, it didn’t take Rowan to ask Sunetra out on a date and they soon began dating. At the beginning of their relationship, he even described her as brilliant, captivating, and funny.

How Did Their Relationship Dissolve in Divorce?

The couple was married for almost 25 years. In fact, they even shared a great bond initially but unfortunately, after over two decades of marriage, they separated. Their divorce was finalized on 10 November 2015. But, neither Sunetra nor her former spouse Rowan has ever revealed the reason behind their separation.

Sunetra Sastry Has Two Children With Her Ex-Hubby

In a 25 year-long marriage with her now ex-husband Rowan, Sunetra gave birth to two children. She welcomed her first child Benjamin Atkinson in 1993. He is already a grown-up man and is into the British Armed Forces. To pursue a career in the armed forces, he also studied at the Royal Military College in Sandhurst.

Her second child Lily Sastry was born in 1995. Like her father, Sunetra Sastry’s daughter Lily is also an actor and singer. She has appeared in movies like Johnny English Reborn, The Fifty Cent Smile, and a few others. In 2015, she abandoned her father’s surname “Atkinson” and currently goes by Lily Sastry.

Her Ex-Husband Has A Child With His New Girlfriend

While Sunetra was still married to Rowan, he was in a relationship with his girlfriend, Louise Ford. They reportedly began dating around 2014. The couple met in 2013 when they performed together in the West End play Quartermaine’s Terms. Their meeting soon turned into a romantic relationship.

As for a fact, Louise is also a successful comedian and actress. She is known for her work in TV comedies like Crashing (2016) and The Windsors.

Sastry’s ex-husband Rowan and Louis also have a child named Isla Atkinson together. He was born in December 2017.

What Is Sunetra Doing After Divorce From Rowan?

Since her divorce, she has completely avoided the limelight. She has not made any media appearances at all. It looks like Sastry does not enjoy the limelight anymore.

Also, there are no updates on her love life. She has not revealed if she is dating a man or if she ever got married. Also, she is not on any social media platforms, Instagram, Facebook, or Twitter.

How Much Is Sunetra Sastry Net Worth?

Likewise, her ex-husband has a net worth of around $150 million.

What Is Sunetra Sastry Age?

She has an Indian ancestry since her father is India. However, she holds British nationality.

She is not on any Instagram or any social media platform.