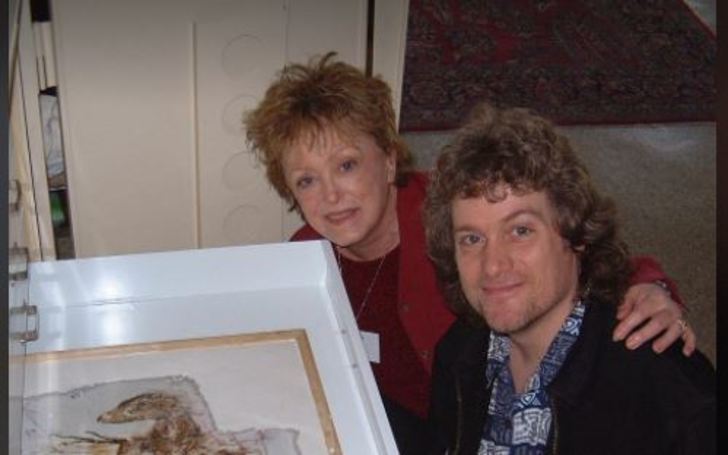 Mark Bish, or Mark Thomas Bish, is the son of the late actress, Rue McClanahan. Bish’s mother, McClanahan was known for her role as Blanche Devereaux on the TV series Golden Girls.

She is also known for her other roles as Vivian Harmon on Maude (1972–78), Aunt Fran Crowley on Mama’s Family (1983–84). Rue was married multiple times throughout her life. Mark, however, was her only child.

Mark went through a bit more agony during the demise of his mother. Know what was the dilemma along with his life as the son of TV’s most famous star. Read all about his childhood, his personal life, what he is doing in the present, and more?

Mark Bish Was Born In Oklahoma

From his mother’s side, he is of Irish and Choctaw ancestry. His maternal grandmother, Dreda Rheua-Nell (née Medaris), had a Portuguese or Galician surname variation of Madeiros.

Mark’s mother, Rue McClanahan’s acting career spanned over decades. For her role as Blanche Devereaux in The Golden Girls, she won an Emmy Award for Outstanding Lead Actress in a Comedy Series in 1987.

During her life, Bish’s famous mother, Rue was married six times to six different men. Her ex-spouses include Norman Hartweg, Peter DeMaio, Gush Fisher, and Tom Keel. Her last husband was Morrow Wilson who she had divorced in 2009.

However, none of the aforesaid names was Mark’s father. It was her other husband, Tom Bish, her first husband, with whom she had Mark. Tom was a stage actor in New York City. Rue divorced Mark’s father in 1959, a year after the birth of their son. They had been married for about 17 months.

Mark’s actress mother was diagnosed with breast cancer in June 1997. She though had received successful treatment. She died on June 3, 2010, at age 76, at New York-Presbyterian Hospital after suffering a brain hemorrhage.

Mark’s father, Tom Bish was diagnosed with advanced liver disease. Rue once said the father of her son wasn’t expected to make it. He was throwing up fountains of blood, but he pulled through and lived for the next fifteen or sixteen years.

In 2005, Mark decided to pay a visit to him in Los Angeles. Eleven months later Tom died. He was then seventy-one.

DeMaio allegedly was terrifying to both Mark and his mother, Rue. McClanahan confessed to People that she was afraid of him. She reported he was “very hot-tempered” and she “had never known anyone like that.”

The Golden Girls star remembered even her counselor saying, “I’ve only advised this once in my career, but I advise you not to stay together.”

But the Oklahoma-born actress stayed with him until she realized her son had also grown afraid of him. Rue admitted her son, Mark was getting more and more withdrawn. Mark was then 13. He even told her to leave DeMaio or he would move to Oklahoma with his grandparents.

Forensic pathologist Dr. Michael Hunter who examined Rue’s medical reports said the actress’ consumption of such medicine could have increased her chances of having a stroke. He also said Mark’s mother had undergone knee surgery, which could have also contributed to her clotting.

What Mark Has To Say About His Mother Successful Career

While talking to Closer Weekly about his mother’s iconic role and the equally famous series, Golden Girls, Bish said the show gave the aging population hope. He added the actresses including his mother were such professionals and the writing was so good that they were able to bring real quality to a sitcom. Bish also admitted that he wonders if any group of actors could ever duplicate that particular chemistry.

Mark Bish opened the Golden Girls tribute cafe in early 2017 on West 189th Street, New York City. It includes Golden Girls memorabilia including a pair of high heels that his mother, McClanahan wore on the sitcom.

In the 1990s even when her days had overwhelming schedules, and her son was off living his own life, Rue and Mark had a close, loving relationship, and saw each other often.

Mark Bish Had To Take His Mother Out Of Life Support

It was Bish who decided to take his mother, Rue off life support. His ex-stepfather and one of McClanahan’s former husbands, Morrow Wilson, said to Life & Style that there really was no choice.

Morrow said the Emmy-winning actress’ health deteriorated in November 2009 after a precautionary stress test revealed she would need bypass surgery. McClanahan was about to receive a lifetime achievement award at the “Golden: A Gala Tribute to Rue McClanahan” event that same month.

However, it was while recovering, that she suffered a stroke. Her ex-husband, Wilson said the stroke was massive. He explained although she got out of the hospital and went home, she was having around-the-clock nursing care. She also needed speech therapy and occupational therapy. But she didn’t show any sign of recovery.

What Does Mark Bish Do?

Other than a few real-life TV projects, there has hardly been a mentioning of Rue and Tom’s son. Some believe the 63- year-old is an artist who deals with modern as well as abstract painting. However, a confirmation is yet to be made.

Mark appeared as himself in TV series documentaries, Intimate Portrait (2000) and Autopsy: The Last Hours Of (2019).

Does Mark Bish Have A Wife?

In her book, My First Five Husband And The Ones Who Got Away, Rue McClanahan mentions her son, Mark having a steady girlfriend, a pretty little blonde who was a born-again Christian. She explains Mark was then living in Van Nuys, working in his garden, teaching guitar, and playing jazz. The year was 1988, during the fourth season of The Golden Girls when Rue was busy with work and the Encino heaven-building.

McClanahan though admitted she didn’t like her son’s then-girlfriend very much.

It though is unclear if Rue’s son is married or has a family. However, considering he is now in his 60s it’s probable that he might even have grandchildren.

It was reported that Rue declared the beneficiary of her properties to one of her friends, Michael Je La Rue. She had an estimated net worth of around $5million at the time of her death. Mark did have the support of her millionaire mother throughout his early adulthood. She apparently helped him with rent and vehicles as well as all other accommodations. It, however, is a mystery if he received anything from his mother’s will. Accordingly, a clear-cut assessment of his financial standing is nothing but a mug’s game.

Some Other Facts About Mark Bish: