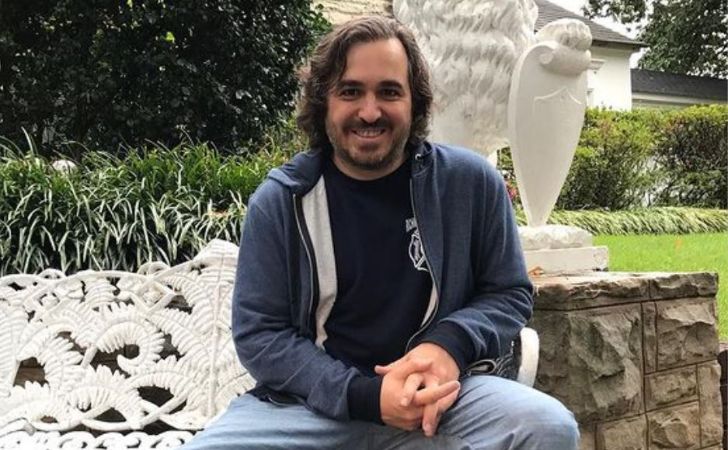 Brian Quinn is a former firefighter who has currently established himself as an actor and producer. He is widely recognized for his work in the comedy/reality-tv show Impractical Jokers. Beginning as an actor in 1996, he has come a long way in his professional career.

But how is his life beyond all the professional commitments? Is Brian Quinn married to a wife? What about his love affairs and girlfriends? In this article, we are going to explore every aspect of Quinn’s life.

Further, we will also discuss his net worth, earnings, and a lot more.

Impractical Jokers star Brian Quinn was born as Brian Michael “Q” Quinn, on March 14, 1976, in Brooklyn, New York. As of 2021, he is 45 years old. He is the middle child to his father James Quinn and mother Carol Murphy. When he was just around two years old, his parents moved to Staten Island, New York, where he spent most of his childhood.

Talking about his siblings, he has an older brother named Jim and a younger brother Danny. Well, he shares a great relationship with both his siblings.

Besides, Brian is a pretty educated individual as well. He did his schooling at Monsignor Farrell High School in the class of 1994 and later attended Brooklyn College, where he finished his higher education.

Quinn Was A Firefighter Before Becoming An Actor

Before making it into the entertainment industry, Brian was a firefighter at New York City Fire Department. As a firefighter, he worked for around eight years.

Eventually, he shifted his field of profession, making an entry in the entertainment industry as a makeup effects coordinator in the 1990 film Metamorphosis: The Alien Factor. Soon enough, he made his debut as an actor in the 1996 film Warshots.

Soon after that, he appeared in numerous movies and TV series like Dogma, Time Thugs, The Tenderloins, Kabukiman’s Cocktail Corner, Tacoma FD, and numerous others.

In the year 2020, he also appeared in one of his most successful movies Impractical Jokers: The Movie. In the movie, he appeared alongside Paula Abdul, Joe Gatto, James Murray, and others in the lead.

He Has Produced Numerous Episodes of Impractical Jokers And Other Shows

Besides acting, Brian Quinn is also a producer. So far, he has produced over eleven TV series, starting with a short video Soccer Baller in 2006. Later in 2014, he was the executive producer of an episode of a TV series named Jokers Wild.

Apart from producing, Brian is also a writer and has written shows like The Tenderloins, Tell ‘Em Steve Dave Presents: Tesd TV, & Impractical Jokers: The Movie.

Brian Quinn Wife: Is He Married?

Needless to say, Brian Quinn’s relationship status has been a major question among all the Impractical Jokers fans. There are millions who want to know if the actor is married to a wife. But it looks like the 44 years of Brian is not married yet. However, he once said on his show that he was engaged to a girl who left him for a police officer.

Well, that is the past, but what about his love life at present? Is he dating a girlfriend? Well, there are no official claims on his love affairs but according to Cheatsheet, Brian once stated on Impractical Jokers that he was dating an A-list celebrity who had served time in prison. Though he didn’t mention the name of his “girlfriend”, sources have speculated that she is King of Queens star Leah Remini’s half-sister Elizabeth.

Similarly, as per The Cinemaholic, he was also in a relationship with a former Impractical Jokers makeup artist Emily Amick. The rumors of their affair began after Emily posted a photo of her with him on Twitter. Check it out.

Despite all the rumors and claims, they never confirmed their lovey-dovey.

There are rumors that Brian Quinn is a father of a daughter named Katie Quinn. As per the website named Wattpad, his daughter was born from his ex-girlfriend named Daniella Cook, who brought the girl to him.

But the story is merely fiction written by his fans. The fact is he does not have any children yet. However, we hope, we will get to see Quinn have kids in the future.

Hard to believe but some of the Impractical Jokers fans have speculated that Brian Quinn is gay. Not only this but there were even claims that he was dating a boyfriend.

The claims of his being gay began after he made a Tweet in May 2017 stating that he wouldn’t marry until gay marriage was legalized in New York City. He wrote,

I will not marry until gay marriage is legal in New York City. Hard Stance on that

To conclude, the rumors merely seem to be a misunderstanding as Quinn has never been spotted with a man who could be claimed as his boyfriend.

He Loves Cats And Tattoos

Brian is a big tattoo lover. He has numerous tattoos on his body including his right arm, legs, and other body parts as well. He also keeps on adding one every now and then.

Likewise, Q has a great attraction towards cats as well. He has three cats named Benjamin, Brooklyn, and Chessie and a tattoo dedicated to his cats that reads “38. Lives alone. Has 3 cats”. Interestingly, he got the tattoo as a result of a punishment he got during an episode of Impractical Jokers.

How Much Is Brian Quinn’s Net Worth?

Quinn is a successful actor and producer that earns him a huge amount of money. For an episode of Impractical Jokers, he reportedly earns around $50,000. Well, as per Celebrity Net Worth, he has a net worth of around $7 million, as of 2021.

James Murray Divorced Wife Jenna Vulcano: Is He Dating Anyone