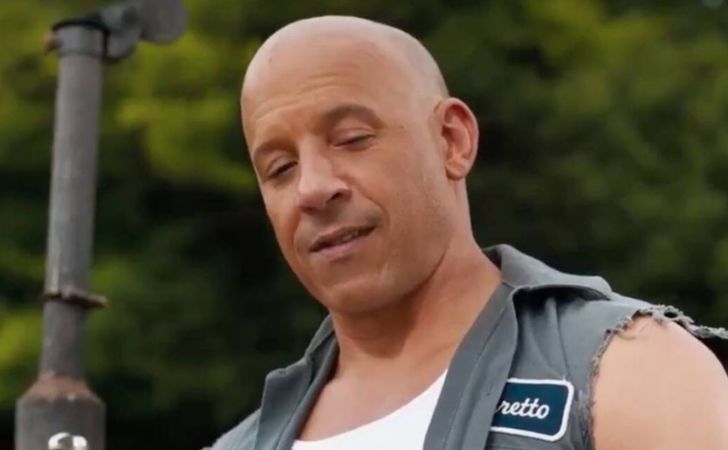 Vin Diesel is one of those few actors who has achieved a feat most merely dream of. But with all the fame and success that he has achieved, not only his professional but his personal life too becomes a matter of media scrutiny.

In fact, he is often caught up in rumors and speculation about his love life. Along with rumors, there are many who are genuinely curious about Vin Diesel’s wife.

But is he married? Well, we will reveal the answer in the latter part, but we can assure you that the Furious 7 actor is a father of three with Mexican model Paloma Jimenez. Curious if Paloma is Diesel’s spouse?

Continue reading this article and find out everything about the American actor’s love affairs and relationships.

Vin Diesel Wife: He is Not Married

There are many who believe that Vin is married but the fact is that he is yet to tie the knot. Most of the audience out there have this misconception about his marriage because he has been in a long-term relationship with Mexican model Paloma Jimenez.

Well, Paloma is not Vin’s wife but his partner of over 13 years. Also, the couple has still not announced their plans for the wedding. It looks like we might have to wait for a while to see them as bride and groom.

No matter if they marry or not, we wish for their togetherness in the years to come.

As we mentioned above, Vin is in a romantic relationship with the Mexican model Paloma Jimenez. The couple began dating in 2007 and their 13 years of togetherness have only added to the strength of their relationship.

At the time of dating, Vin was 40 whereas Paloma was just 24.

Despite being in a relationship in 2007, the two made their first public appearance together only in 2013 in an episode of The Tonight Show With Jay Leno. Following this, they made numerous public appearances together. In fact, Paloma was present with Vin during the premiere of Riddick and also was seen at the Hollywood Walk of Fame.

Well, Vin and his probably future wife Paloma share a great bonding. It might sound interesting, but he has so much love for Jimenez that he even shifted the premiere of Furious 7 from Abu Dhabi to Los Angeles as Paloma’s due date was around the time. One of the close sources to the family stated,

He wants to be with his family at the birth; it’s a beautiful thing

54 years old actor Vin is a father of three kids with Paloma. She gave birth to their first child, a daughter Hania Riley Diesel in 2008, a year after they began dating.

His second child, son Vincent Sinclair Diesel was born in 2010. Likewise, the couple’s third kid, Pauline Diesel, who they named in honor of late actor Paul Walker, was born on March 16, 2015.

The family of five lives a great life together. And we hope to see Paloma as Vin Diesel’s wife officially.

Vin Was Rumored to be Cheating Paloma

Celebrities are very prone to rumors and speculations. While some rumors prove to be true, most of them are baseless. And the case has been the same with American actor Vin.

Back in 2016, he was rumored to be cheating on his partner Paloma. Not only this, but his fans had even assumed that they were already on the verge of break-up. however, it turned out that the rumors were all baseless and they were rather on great terms.

Just recently in 2019, in one of his public interviews, Vin candidly expressed his love for his to-be-wife. Talking about her he stated that she is a great mother and meant everything to him. He said,

Past Affairs And Relationship

The same year in August, he was speculated of dating American rapper Eve. However, Vin instantly debunked the rumors stating she was a special friend. Later, he said he was actually dating someone who he could find on the Internet.

One of the things that’s so fun is that we can go on the Internet and find out who I was dating,

Well, it could simply be a coincidence, but he was spotted having dinner with actress Nicole Kidman later that week.

Later, again in December 2002, Diesel was linked with American singer/songwriter Mariah Carey. If reports are to be believed, Vin even took the singer for a dinner at Pinions. Not only this but reports also suggest that they could have also spent a night together at Mariah’s place.

However, Vin’s representative denied the allegation of them dating but acknowledge the fact that the two spent some time together. He said, “Vin was in Aspen snowboarding and ran into Mariah, they talked about her collaborating on his next film, ‘A Man Apart’. Vin thought maybe she could do a song for the soundtrack.”