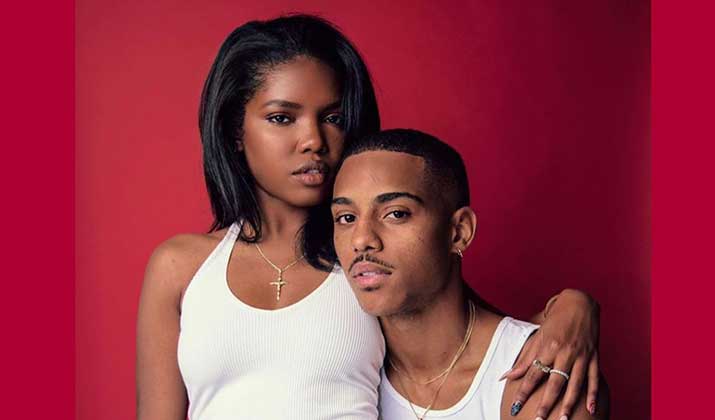 Actress Ryan Destiny, 25, is head over heels for her boyfriend Keith Powers. The lovebirds have been dating since late 2017. Even though Destiny and Powers both are pretty secretive about their romance, they have publicly appeared as a couple on multiple occasions.

So, how is their relationship going in 2020? How did it start? Let’s dig everything out here.

Ryan Destiny and Keith Powers: How did the two meet?

Ryan Destiny, met her then future-bae Keith at a Teen Vogue party in 2015. Powers reportedly saw Ryan from across the room before he ran over to her and introduced himself.

They further met a couple of times at events and gatherings before romance started brewing. Like a typical 21st century romance, their relationship began to flourish on social media, responding to each others’ stories.

Ryan Fell in Love With Keith on Their First Meeting

In an interview, Ryan was asked when did she realized she was in love with Powers? She answered: “When I first met him.”  She confessed to liking him from their first meeting.

When her beau was asked the same question, he said that he came to a conclusion that life without her wouldn’t be complete. He added,

“Loving someone is a very natural feeling that just happens. You can’t just wake up and say I love this person, you feel it.”

Both Ryan and Keith agree that being in love has helped them understand how much they love themselves.

Talking to Teen Vogue in early 2020, Destiny opened up how they keep their relationship away from the media. In the interview, Destiny revealed how they have been strategic about sharing their romance on social media.

“We’re definitely more strategic than people think we are. When we first started dating, we were in the private stage, but still wanting to share that we were together.”

She went on to say:

“As time has gone on, we’ve moved back from [posting about each other] because we saw that the more that you put out, the more that people feel like they can be in your business.”

Meanwhile, Destiny also mentioned understanding what to share and what to not.

Ryan also admitted she and her boyfriend Powers have found how much they should publicize their relationship on social media keeping it in mind how invasive the public can be.

June 2018: The Couple Step Out to Attend the BET Awards Function

Additionally, the two also appeared together attending the Ludaday Celebrity basketball game at Morehouse College in Atlanta back in Sep 2018.

Who Is Keith Powers? Parents, Career, & Every Other Thing About Him