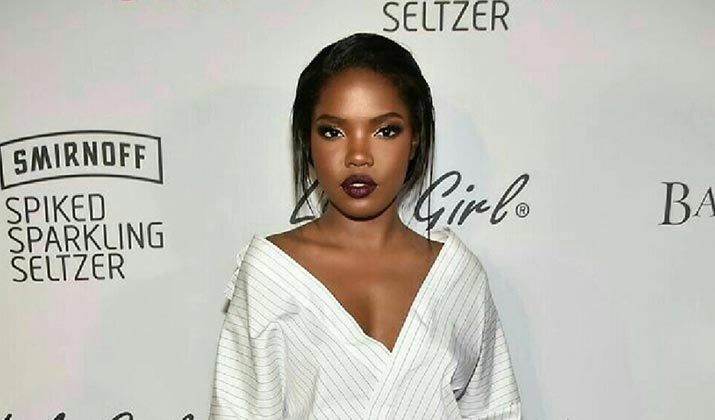 The songstress was born as Ryan Destiny Irons in Detroit, Michigan, the U.S., on January 8, 1995. Ryan’s biological mother Dawn used to manage her band, New Limit.

On the other hand, Destiny’s father, Deron is a member of the 90s R&B group Guess.

How old is Ryan Destiny?

As of 2021, Ryan is 26 years old. Her birthday is on January 8th, meaning she belongs to the Capricorn horoscope.

What is Ryan Destiny Ethnicity and Nationality?

Destiny belongs to a mixed ethnic background. her father, Deron Irons, is African-American and her mother, Dawn Irons, is biracial.

She holds an American nationality.

Ryan developed an interest in singing since school

She developed an interest in singing at an early age. Her musical journey started at the age of 12 when she was in junior high school. At the time, she formed a musical trio named New Limit with Jasmine Pore and another unidentified friend.

The group was managed by Destiny’s mother, Dawn Iron. They auditioned for America’s Got Talent in 2011 and got selected. The trio made it to the third round.

In late 2011, Destiny signed with an independent label in Michigan and started taking vocal and dance lessons. The group later split and Destiny and Jasmine Pore went on to collaborate with America’s Got Talent contestant Chelsea Stone to form a new group named We are Dollhouse.

They later changed the group’s name to Love Dollhouse. The group released their first single, Can I before the group disbanded in 2015. After that, Destiny started her solo career, signing with Capitol Records.

In 2011, Ryan Destiny won a singing contest and got a chance to attend the red carpet premiere of singer Justin Bieber’s Never.

Ryan’s Career as an Actress

Destiny made her acting debut from her appearance in an episode of the web series, The Wannabes Starring Sawy. Her first major acting role came in the Detroit-based crime drama, Low Winter Sun in 2013.

In 2015, Destiny was announced one of the lead characters, Alexandra in the series Star, in which she played opposite Queen Latifah. The series ended after its three season-run in 2019. It stars some prominent casts like Matthew Noszka, Michael Michele, Mike Epps, and many others.

In November 2019, Destiny got the role of Claressa Shields in a Universal Pictures biopic Flint Strong, alongside Ice Cube & Judy Greer. She also played a recurring role as Jillian in Grown-ish.

What is Ryan Destiny Net Worth?

As of 2021, actress and singer Ryan Destiny has a net worth of $3 million. Apart from her lucrative acting and singing career, Destiny also earns a handsome sum of fortune from sponsor posts on social media like Instagram, in which she has more than 2 million followers.

Ryan Destiny is in a relationship with actor Keith Powers since fall 2017. Ryan’s boyfriend Powers is famously known for his role as Ronnie DeVoe in a mini-series, The New Edition Story.

Destiny and Powers first met at a Teen Vogue Party back in 2015. After that, the couple had a few encounters at events and gatherings. Subsequently, a few meetings later, they were a couple.

Who Is Keith Powers? Parents, Career, & Every Other Thing About Him

Ryan Destiny Boyfriend Keith First Meeting to Relationship, How It All Began?