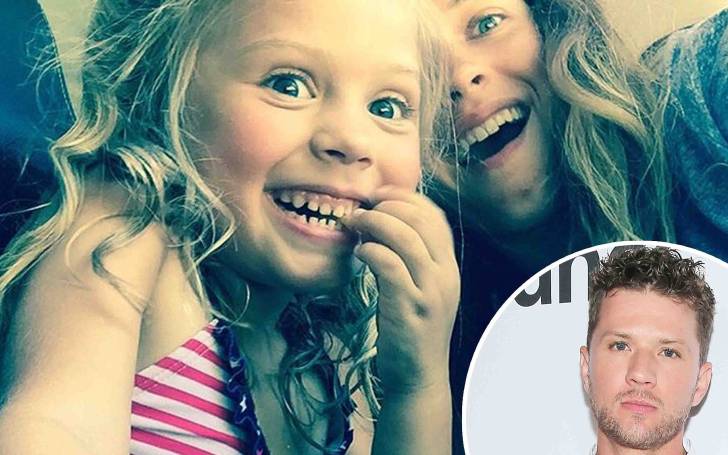 Kai Knapp is a star kid who is famous as Ryan Phillippe’s daughter. Her father is an American actor who is famous for his work in Cruel Intentions, Shooter.

It seems like just yesterday when Ryan Phillippe and Alexis Knapp‘s daughter, Kai Knapp came into this world and their little bundle of joy is growing up pretty fast.

Since then, however, Ryan has been absent from his daughter’s life. Let’s find out about her life with mother Alexis and see how the mother-daughter duo is going about their lives.

After a short-term fling with the model and actress, Alexis Knapp, the Shooter star became a father for the third time. The former couple welcomed their first & only child on 1st July 2011.

At the time of her birth, both of her parents were present. Kai belongs to English, French, German, and Spanish ancestry.

As a matter of fact, Alexis and Ryan never planned for a baby. After their break-up, both of them thought it is all over but fate had other ideas.

In November 2010, just months after their separation, Alexis found out she was pregnant. When she first realized about being with a child, she was shooting for the movie, So Undercover.

Back Then Ryan Said He Will Take Responsibility for Daughter Kai

Wait, it isn’t as easy as it sounds! Back when Alexis revealed she was pregnant a source close to the actor said he was ready to take full responsibility. But there’s a catch!

The source told PEOPLE, at the time, “Ryan is aware of the situation [and] totally prepared to take responsibility should the child be his.”

Although Ryan waited out for the paternity results to come out, Alexis cared less for that and focused more on her child.

Unlike anyone who’d jump straight into the chance of asking for child support money, Alexis never asked for anything.

A rep for Alexis mentioned, “She has never asked Ryan for any help, nor does she expect it. Alexis has maintained her silence and will continue to do so. Any ‘source’ claiming to have been her or her camp up to this point is false.”

And just like a doting mother, the actress is taking good care of her daughter. Besides, Ryan has been absent from their lives, and Kai kinda grew up without a dad figure. Sad to hear, isn’t it!

However, the mother-daughter duo is happy with their lives and could care less about anything. The adorable momma daughter duo spends their time playing together and spending time outside their house.

Both Ava and Deacon will definitely follow in the footsteps of their star parents as their current social media activity states so.

Kai’s father, Ryan Phillippe was shortly linked with her mother, Alexis Knapp. However, other than Alexis, Ryan has been in a number of high-profile relationships, including a five-year-long marriage to actress Reese Witherspoon.

Most recently, Phillippe was in a relationship with model Elsie Hewitt from April 2017 to July that year. Their short-run romance, however, didn’t have a smooth end as Hewitt later filed a lawsuit against Phillippe alleging physical abuse.

Before Elsie, Phillippe dated Paulina Slagter for around five years. The ex-couple started dating in 2011 and they had even got engaged, however, they ultimately called it quits in 2016.

Shortly before Ryan started dating Slagter, he was shortly linked with Amanda Seyfried. Ryan and Amanda remained together from 2010 to 2011 when Ryan’s ex-girlfriend Alexis Knapp was pregnant with their daughter.

Net Worth of Kai Knapp’ Parents, Alexis and Ryan

Both of her parents are big actors, especially her dad who is a recipient of several awards. Ryan is famous for his work in Cruel Intentions, Shooter, The Lincoln Lawyer, among several others. His net worth is $30 million.

Meanwhile, her mom is also an accomplished actress and model. Famed for her work in the Pitch Perfect trilogy, Project X, and The Anomaly Alexis’s net worth is $2 million. Her most recent project includes Phobias (2020).

Judging by how Alexis takes care of her daughter, it’s evident the mother-daughter enjoys a sound life without any financial problem.