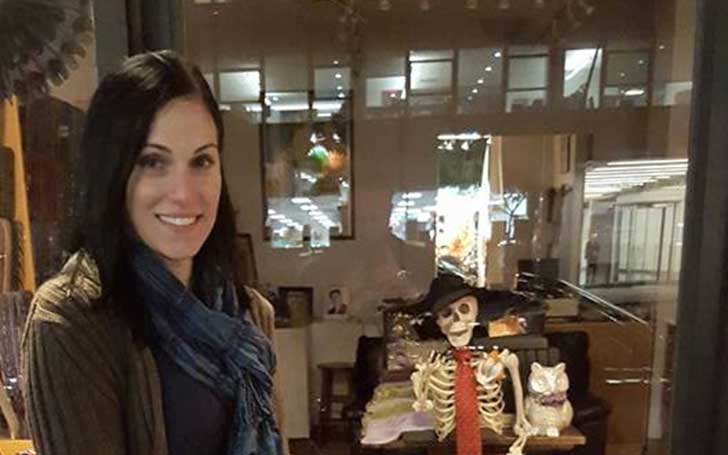 Jenna Vulcano was born on August 4, 1986, in New York, the United States of America. She is of Italian, Puerto Rican, and Cuban descent. Her parents, Sal Vulcano Sr. and Dianne Fernandez-Vulcano got divorced when she was a child.

Jenna has three siblings, brother Sal Vulcano, and sisters, Kelly Ann, and Diana Vulcano. Like any other siblings, Jenna is very close to both of them.

In fact, she has even made an appearance with her brother Sal on some of the episodes of Impractical Jokers.

Jenna is primarily known for being Sal Vulcano’s sister. Her relationship with Sal gave her an opportunity to make her television appearance in 2012. Back then, Jenna appeared in an episode titled “Strip High Five” of Impractical Jokers.

In the first episode of the show, she appeared along with her sister Carla.

How Much Is Jenna’s Net Worth?

Jenna Vulcano’s profession has been a mystery. Even though she has made a couple of television appearances over the years, her true career is out of media sight as of yet. Due to this, her earnings and net worth are also unknown as of 2021.

Meanwhile, her older brother, Sal Vulcano has a decent net worth of around $5 million in 2021. He earns his riches primarily from his career on television.

In 2014, during an episode titled “Brother-in-Loss” of the third season of Impractical Joker, Jenna and James Murray got married legally as a revenge prank on Sal. Previously, Sal had pranked James with a skydiving punishment.

While the marriage ceremony was going on, Sal’s mouth was taped, his hands were tied, and he was made to watch his sister Jenna marry Murray. And we all knew how much Sal hates Murray. The moment must have been excruciating for him. Well, Murr accomplished what he wanted.

Meanwhile, for those who are wondering if the marriage was real or not. Well, yes Jenna and Murray’s marriage was legal. They officially annulled their wedding right after their honeymoon night.

James even took to Twitter to inform us that his wedding with Jenna was merely part of the prank. Here is the tweet.

Jenna Has a Daughter

This may come out as a shock to many but Jenna has two daughters. And the interesting part is that one of her daughters Leah is an adult as of 2020.  She first mentioned her eldest daughter back in 2015 after she made a tweet on her birthday. According to the tweet, Leah had turned 14.

Likewise, her other daughter whose name she has not revealed yet is 11 years of age. Jenna posted a beautiful photo of her daughter on the occasion of her birthday.

Both of her daughters are big fans of minions and have a good collection of them.

Her “Ex-Husband” James Murray is Married

James Murray, Jenna Vulcano’s ex-husband, is currently in a serious marital relationship with his wife, Melyssa Davies. The pair exchanged vows in September 2020. Initially, they started dating in 2018 after crossing each other’s path in June of that year. They met when Davies attended a press event for Murray’s novel, Awakened.

James and Davies became engaged after around a year of dating in August 2019. James popped the question to his then-girlfriend outside of their New Jersey house which they had just bought.

Her Brother Sal is single

Jenna’s older brother Sal Vulcano, the 44-year-old television personality, is not dating anyone as of 2021. Meanwhile, Sal appears to be the only Impractical Jokers member who doesn’t have any relationship history.

His co-star Joey Gatto lives a happily married life with Bessy Gatto and two children. Similarly, his other friend James is engaged to be married while Brian ‘Q’ Quinn is also single at the moment. But, he has dated a number of girls until now.

James Murray Divorced Wife Jenna Vulcano: Is He Dating Anyone