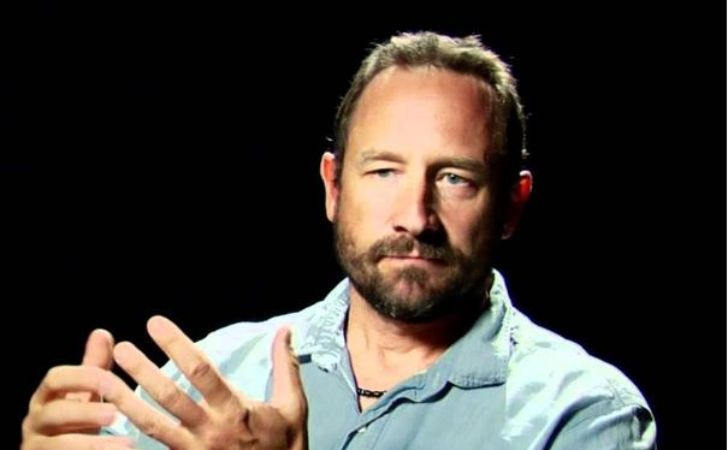 Sam Robards is one of the American actors who followed their star parents into the showbiz industry. He is the son of late Academy Award-winning actor Jacob Robards and late actress, Lauren Bacall.

Born to celebrity parents, Sam was a media magnet way before he stepped into the acting world. As an actor, he is popular for playing Henry Swinton in A.I: Artificial Intelligence, Jim Berkley in American Beauty, and Chaplain Kirk in Casualties of War.

Meanwhile, talking about his personal life, Sam is happily married to his second wife Sidsel Jensen since 1997. They also share two sons named Calvin and Sebastian together. Here, we will talk about his career achievements, as well as his failed first marriage.

How Old Is Sam Robards?

Sam was born Samuel Prideaux Robards on 16th December 1961 in New York City, the USA. As mentioned before Sam was born to actor parents Jason Robards and Lauren Bacall.

He will be 61 years old in 2022. Sam is the grandchild of Jason Robards Sr. Apart from that, late actress Katharine Hepburn was his Godmother.

Though Robards has seven siblings, he is the only child from his parent’s marriage. One of his half-siblings, Stephen Humphrey is a famous writer, producer, and businessman.

Robards went to American School in London and later enrolled at Collegiate School upon returning to New York. He then attended Sarah Lawrence College, however, he was expelled from there due to bad grades and bad behavior.

Moreover, Sam also went to the National Theater Institute at the Eugene O’Neill Theater Center in the fall of 1980.

Both Of Sam’s Parents Are Actors

As mentioned above, Sam was born to legendary actor couple Jason Robards and Lauren Bacall. Late actor Jason had a successful acting career that spanned over 5 decades from 1947 to 2000.

He initially served in the US Navy as a radioman 3rd class to the heavy cruiser USS Northampton. Jason retired from the Navy in 1946 as a Petty officer first class and began taking acting classes at the American Academy of Dramatic Arts.

Jason landed his first role in the 1947 short film Follow That Music. He made his career breakthrough as the lead Hickey in the 1956 off-Broadway theatre production and later in the 1960 TV film The Iceman Cometh.

Throughout his career, Jason starred in dozens of films, TV shows, and theatre productions. Some of his notable film works are Long Day’s Journey into Night, A Thousand Clowns, All the President’s Men, and A Moon for the Misbegotten.

Likewise, his mother Lauren Bacall was also an actress who was named the 20th greatest female star of classic Hollywood cinema by the American Film Institute. She started off her career as a model for the Waler Thornton Modeling Agency before switching into the acting world.

Over the span of 7 decades of her career, Lauren appeared in numerous films and TV shows like To Have and Have Not, Dark Passage, Key Largo, How to Marry a Millionaire, and Designing Woman among others.

Sam Robards Followed in His Parents’ Footsteps Into The Showbiz World

Just like his parents, Samuel pursued an acting career after graduating from the Eugene O’Neill Theater Center. Samuel landed his first acting role in the 1980 off-broadway production of Album.

Likewise, he made his feature film debut in Tempest with the role of Teddy. Some of his early film works are Fandango, Not Quite Paradise, Bird, and more. In 1988, Sam co-starred alongside his father in Bright Lights, Big City. This was their only collab movie before Jason’s death in 2000.

Moreover, Sam’s notable TV show credits are TV 101, Get a Life, Law & Order, and more. His most recent television work was in the 2021 drama series Y: The Last Man where he played Dean Brown in two episodes.

Meanwhile, talking about his awards nomination, Robards was nominated for Broadway’s 2002 Tony Award as Best Actor for The Man Who Had All the Luck.

Robards Is Currently Married To His Second Wife Sidsel Jensen

The Twisted actor is married to his second wife Sidsel Jensen. She is an actress popular for her role in the movies like ‘Dancer in the Dark’, ‘It’s All About Love’ and ‘The Black Madonna.’

They married on 8th November 1997 in a private wedding ceremony held in Copenhagen, Denmark. The couple has been together for about 25 years since then. Besides, they share two sons named Calvin and Sebastian. More details on their children are missing as of now.

The 61-year-old actor was first married to former actress and model Suzy Amis Cameron. She currently works as an environmental advocate. She also co-founded MUSE School CA and is the founder of Cameron Family Farms and Food Forest Organics.

The former husband-wife first met on the sets of the 1985 film Fandango where Sam played Kenneth Waggener and Suzy played Debbie.

After dating for a while, Sam and Suzy got married in a romantic ceremony on 17th May 1986. Four years later, they welcomed their only son, Jasper in April 1990. Sadly, the couple parted ways after eight years of marriage in 1994.

As of now, Suzy is married to her second husband Canadian-American filmmaker James Cameron. They wed in 2000 and share three children together.

According to Celebrity Net Worth, Robards is reportedly worth around $3 million as of 2022. He earns his fortunes from his acting career.

Sam began his acting journey at the age of nineteen in 1980. So far, the actor has starred in over 50 films and TV shows.