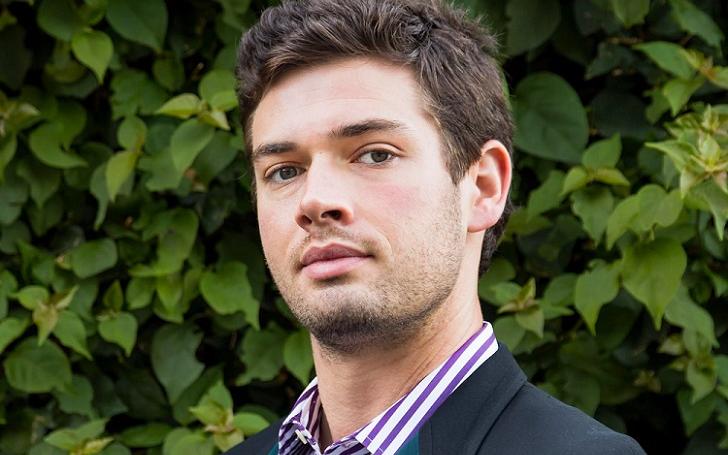 Sebastian Spader is the older son of James Spader, an actor better known for his role in the movie Sex, Lies, and Videotape. He has worked on a handful of acclaimed projects that include Lincoln, The Practice, and more.

Despite being the son of one of the great entertainers, Sebastian has chosen a different path for a career. He currently works at The Agency Real Estate, in Beverly Hills.

Well, in this article, you can find several unexplored information regarding Sebastian’s early life, his relationship with his parents, his career, and many more. Then, let’s begin!

What is Sebastian Spader Doing?

Sebastian is the realtor at a luxury real estate brokerage and lifestyle company called The Agency. He joined the company in March 2018 and has since been working for the company. Its works focus on new development, resort real estate, residential leasing, and more.

Prior to The Agency, Spader spent around one and a half years working with the world’s largest real estate franchise called Keller Williams Realty, Inc., in Austin, Texas. He became a part of it from October 2016 to March 2018. The established company has more than a thousand offices around the United States and many other countries.

Before segueing into the real-estate business, Sebastian used to work in the film industry. He predominantly worked in the editorial and camera departments. He later also became a producer. Most notably, Spader spent a couple of years, working at Robert Rodriguez’s Troublemaker Studios.

Who are Sebastian Spader’s Parents?

Sebastian is the son of James Spader and his ex-wife Victoria Kheel. While his father James is a prominent face in the media, his mother Victoria used to work as a film set designer in the past. She also worked along with her husband James behind the camera on the set of the independent drama Sex, Lies, and Videotape.

As of now, Kheel, the daughter of veteran parents, is the owner of Wonderland Home Design.

Take a Look at Their Failed Marriage

James and Victoria, who met at a Yoga Studio in NYC married after years of dating in 1987. The two led a wonderful marital relationship for several years. However, it didn’t last long and the couple divorced after over one and a half-decade of marriage in 2004.

The Blacklist actor is now in a long-term relationship with his fiancee Leslie Stefanson. The two also shared a child, a son, Nathaneal Spader, born on August 31, 2008.

Has a Younger Brother

His younger brother’s name is Elijah Spader who was born in November 1992. Elijah is quite interested in the field of Audio Post Production and is also studying the same subject at Los Angeles Film School.

The Spader brothers share a deep bond with each other.

How old is Sebastian Spader? His Early Life

As far as his nationality is concerned, Spader is an American and belongs to the Caucasian ethnicity.

What About His Love Life? Is Sebastian Dating Anyone?

The star kid has kept everything about his love life behind the curtains. Thus, it is yet to be confirmed whether Spader is in a relationship with anyone or not.

As per sources, Sebastian’s wealth is $300,000. His major source of income is his career as a realtor. On the other hand, his actor dad James’s net worth stands at $20 million in 2021.

James Spader is one of the most hardworking actors who went through a lot of dead-end jobs before becoming a full-time actor. The youngest of three children, James rose to stardom with a role in the movie Sex, Lies, and Videotape. His other successful projects quickly followed like Crash, Secretary, and Lincoln.

In addition to his film work, James also has worked on a number of TV projects. He appeared in The Practice and its spin-off Boston Legal. His role in the latter earned him three Emmy Awards. The actor gained further popularity after his breakout role in the NBC hit crime drama series The Blacklist. He also won two Golden Globe Awards for his work on the project.