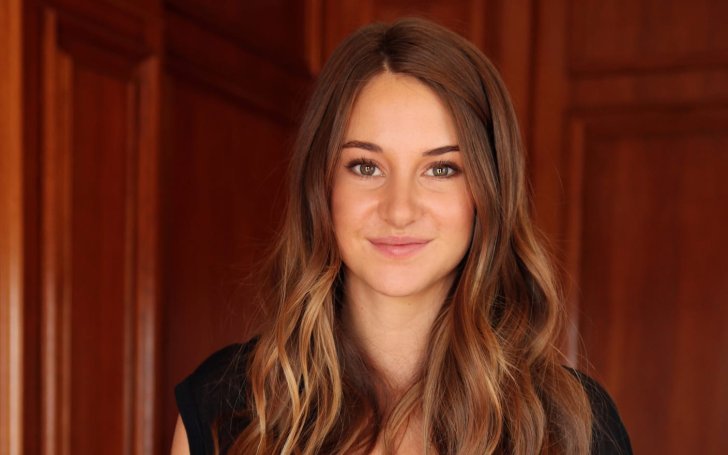 American actress Shailene Woodley is renowned for her work in the movie, Divergent and Insurgent. The beautiful actress has so far won numerous accolades.

Besides, she recently split with her boyfriend, with whom she was even planning to marry.

Who are Shailene Woodley Parents?

Both of Shailene’s parents are professionals. Her mom, Lori (nee’ Victor) works as a counselor at the Ventura County School. She has been working there for a long time.

On the other hand, the actress’s dad, Lonnie Woodley was a school principal. He is also a professional actor and worked in several commercials and films. He generally plays small roles.

It was because of her parent’s profession that Shailene turned out to be a compassionate human being. In an interview, she mentioned how her mom and dad taught her to be more empathetic.

Her Parents Divorced when she was a Teenager

When Woodley was 15, her parents got divorced due to irreconcilable differences. After their unfortunate separation, she started living with her mom.

Despite her parent’s separation, Shailene never had any trouble growing up. She even mentioned in an interview with C Magazine,

“I had an amazing [childhood],” Woodley told the publication. “I had food on the table every night, I had parents who loved me [and] who worked very hard to give me and my brother the best life possible.”

Till now, she remains close to her mom and dad, although she doesn’t share pictures of them on social media.

Shailene has one younger brother, Tanner Stephen Woodley. He was born on October 6th, 1994, and attended the Santa Susana High School.

The siblings used to stay with their mom and grew up in Simi Valley, California after moving from Palmdale.

Shailene’s brother has also followed on the footstep of his elder sister and appeared in the movie, Boston Legal in 2006.

She graduated from Simi Valley High School in 2009. After jumping into the acting field, Shailene was not able to continue her education.

Shailene made her debut in the entertainment industry in 1999 with the movie, Replacing Dad, where she played the role of a Little Girl.

The role that gave her career a huge push was in the ABC Family series, The Secret Life of the American Teenager (2008-13). In the movie, she played the role of a 15-year-old girl who discovers she is pregnant.

Likewise, she made her big-screen debut with the 2005 film, Felicity: An American Girl Adventure. Her big role came in the 2011 movie, The Descendants.

So far, her most famous credits include Divergent, The Fault in our Stars, Endings, Beginnings.

What is Shailene Woodley Net Worth?

Is Shailene Woodley in a relationship?

Currently, Shailene is engaged to NFL player Aaron Rodgers. News of their romance first hit the news when Aaron thanked his secretive fiance during his NFL MVP commencement speech. At first, none of us had any clue about his fiancee. However, later on, gossip mongers somehow speculated it was Shailene.

To put the final nail in the coffin, during her appearance in the Jimmy Fallon’s Show, Woodley confirmed her engagement. Moreover, she also stated they’ve been engaged for a while.

“We’re societally conditioned to assume that one person can be our end-all, be-all. This is a concept I’ve been thinking about often right now, because I’m very much single, and I’ve chosen to be single for a while.”

Shailene Woodley’s ex-Boyfriend Ben Volavola: Was she married to Ben?

As for her previous affairs, she dated Ben Volavola, a Fijian Rugby star. The couple dated from 2018 until their break-up in April 2020.

The lovebirds had even planned for a wedding and having kids but it all turned to nothing. Reports claim the sole reason behind their split is Shailene’s commitment.

She stated in an interview about not being ready to become a wife.

Apart from Ben, Shailene has dated a few boyfriends in the past. In one of her interviews with the New York Times, she talked about an abusive relationship she had as a teenager.

Besides, she was also linked to her Divergent co-star, Theo James. The couple, however, never confirmed their relationship.

At the age of 15, Shailene was diagnosed with scoliosis, a disease that causes your spine to curve into an S shape. In order to rectify this deformity, Shailen donned a back brace.

However, Shailene never allowed the brace to get into her head and she embraced it with a smile. She even jested about the brace and told US Weekly, “When I first put on the back brace, I said, ‘I can do this.’ My only real issue was I needed a new wardrobe.”

Some Interesting Facts about Shailene Woodley

Is Shailene Woodley Dating after break-up with Ex? Her Dating History