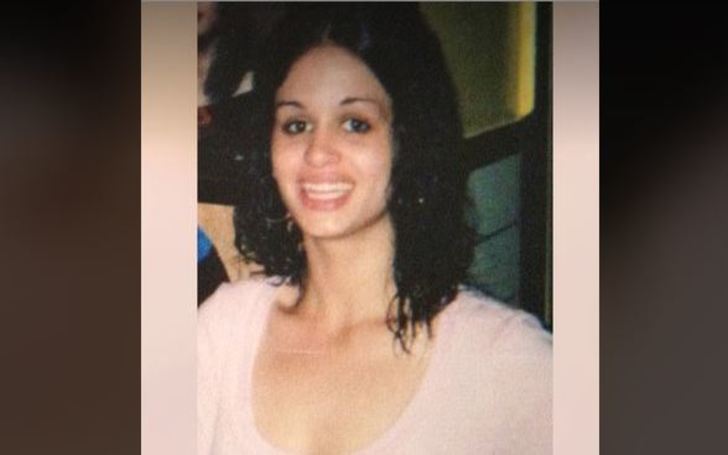 The daughter of Mari Gilbert, Shannan Gilbert was an online escort who went missing on May 1, 2010. She disappeared after visiting a client in a gated community in Oak Beach, Long Island. Her killing in 2011 has been infamous as The Long Island Serial Killer.

What’s an additional tragedy related to her case is years after her death, her own sister killed their mother in quite a gruesome way. Study the Gilbert family one could easily see Shannan and the rest of her sisters hadn’t had an easy childhood.

And even in their adulthood the living ones are struggling be it in seeking justice for Shannan or with the loss of their beloved family members. Take a look at an in-depth reading on to what happened the night Shannan disappeared, who killed her, and how her family is coping with her absence.

Gilbert was born on October 24, 1986, in Lancaster, Pennsylvania. Shanan mostly grew up in foster homes. Mari left her husband (Shannan’s and her sisters’ father) and moved away from her hometown to upstate New York. None of her daughters had even reached 10; Shannan was five, Sherre four, and Sarra three. This was about two years before the family relocated to Ellenville.

When her girls were older, Mari told them she’d left him because he was using heroin. While none of them saw their father again, all three girls had inherited his caramel complexion.

After leaving her husband, Mari and the girls stayed briefly with Mari’s mother, who also had left her husband and moved to Rockland County.

After the Gilbert family arrived in Ellenville, Shannan, then about seven, entered the foster-care system again. For six years she lived nearby in a series of foster homes, by all accounts decent places run by well-intentioned, caring women. While every day at school, Shannan walked the same halls as her sisters, ate the same food, she just didn’t sleep under the same roof.

Friends close to her said that Shannan was devastated by it. More than once, she would run home, back to Mari and Sherre Gilbert and Sarra and her half-sister, Stevie. Mari never explained why she kept Shannan away from home. Though at some point after her death, the mother of four said Shannan’s exclusion from her family was her own decision. She explained her daughter wanted to be independent of the beginning and was difficult to deal with as a child; with mood swings, overeating, and binge-and-purge.

Shannan, at 12, was diagnosed as bipolar. She, however, never took her medicine, complaining about its side effects.

After finishing high school, she lived for a time with her grandmother and enrolled in nursing classes. The New Yorker worked at a hotel, an Applebee’s, and a senior center, as a secretary at a school. Within a year, she quit college as well as the secretarial job, saying it bored her.

She Became An Escort; Wanted To Become An Actress

Shannan’s relatives revealed that she was a bright student who graduated high school early, by the age of 16. They also said that she worked several jobs before becoming an escort.

She later moved to New Jersey to live with her boyfriend. Allegedly she had thought about quitting adultery in the future to focus on her dreams of being a singer, an actress, and a writer.

Reports suggest that the star kid Shannan was at a client’s home in Oak Beach, Long Island, before disappearing on May 1, 2010. Right before she went missing, she had made a 22-minute call to 911.

Where Did They Find Her Body?

On December 13, 2011, in a marsh at Oak Beach Suffolk County police department would find her body – more than a year from the day she went missing. The police found the body half a mile from where she was last seen, per NBC News.

Mari’s slain daughter’s purse and a cell phone were found a few days earlier, just a quarter-mile from her body, reports Oxygen.

The Police Discovered Other 10 Bodies Near Shannan’s Corpse

Shannan’s body wasn’t the only thing the officials discovered on May 1. During their search, they discovered the corpses of 10 others (eight women, one man in women’s clothing, and a toddler) along the shore near Oak Beach and Gilgo Beach just nine miles away. Investigators initially concluded those 10 people lost their lives to a serial killer—one who would eventually become infamous as the Long Island Serial Killer or the Gilgo Beach Killer.

Given the discovery of her other bodies, one would easily Shannan and the other victims had the same killer. However, investigators and their results to this day maintain there was no foul play in Shannan’s case. They have been ruling that she got caught up in the muddy brush and bramble of the marsh and drowned. Later, the police-ordered autopsy, and the medical examiner ruled her cause of death inconclusive.

What Did Her Family Say About Her Death?

Despite the police’s reports and statements, Mari Gilbert until her own death in 2016 kept on denying that her daughter’s death was an accident. She and the rest of her daughters along with their attorney John Ray for the police to release the recordings of Shannan’s 911 call. To this day, however, authorities still haven’t made these tapes public (more down below).

Shannan’s family also commissioned their own autopsy which reported Shannon’s injuries were “consistent with homicidal strangulation. They found damage to her hyoid bone.

Moreover, a part of Shannan’s 911 call recordings that lasted for 22 minutes showed the Gilbert girl saying, “They are trying to kill me.” In an interview with 48 Hours, the former Suffolk County Chief of Detectives Dominick Varrone recalled the deceased daughter saying, ‘There’s someone after me; there’s someone after me.’

The authorities have made no arrests in connection with Shannan’s death. Also, the suspected Long Island Serial Killer is still at large.

The Gilbert family still speculate her death a homicide and that Peter Hackett, MD, a doctor from Oak Beach who had seen Mari is involved in it. Before Shannan disappeared, he had said to the mother that he ran a home for wayward girls.

Dr. Hackett, though, has long been denying the accusations. He maintains that he never met Mari’s eldest daughter.

On the other hand, the remaining sisters, Sherre and Stevie are still trying to find justice for their elder sister. They are constantly pushing the authorities to release the 911 calls. And in the meantime are also advocating for the rights of sex-worker.

Her Own Sister Killed Her Mother, Mari Gilbert

Five years after the police found Shannan’s body, her younger sister, Sarra, on July 23, 2016, killed her mother with a fifteen inches knife, reports Daily Freeman. She stabbed Mari 227 times and hit her with a fire extinguisher afterward.

The Gilbert family’s attorney, Ray, reported Sarra had invited her mother over to her apartment telling her she was hearing voices. The mother of four daughters, who went to see if she was alright, ended up losing her own life.

Sarra Gilbert, the third child of Mari, is currently serving 25 years to life in state prison.

Netflix Made A Movie On Shannan Gilbert’s Story