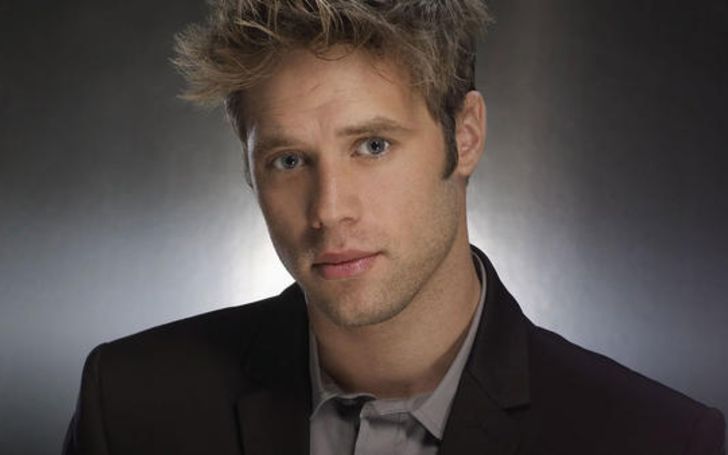 Canadian actor Shaun Sipos has appeared in many movies and TV shows like Life Unexpected, Complete Savages, The Vampire Diaries, and many more.

Beginning at a young age, the 38-year-old Canadian actor has appeared in over a dozen movies and TV shows so far. His extensive work in the acting field has earned him great fame across the world.

But, what about his love life? Is he married? Here, we have all the details including his girlfriends, age, height, and a lot more.

Shaun was born on October 30, 1981, in Victoria, British Columbia, Canada. While he holds Canadian nationality, his parents were of Hungarian descent, coming from Croatia.

Well, he is the oldest child to his parents. Shaun Sipos has a younger sister named Jessica Sipos, an actress by profession. His sister is married with children.

How old is Shaun Sipos?

He Has Appeared in Many Movies And TV Shows

Shaun is Widely Famous For “The Vampire Diaries”

Shaun Sipos is most renowned for his role in the 2013-2014 TV series The Vampire Diaries. In the series, he portrayed a character named Aaron Whitmore.

Developed by Kevin Williamson Julie Plec, the series is based on a famous book by L. J. Smith. It also stars actors like Nina Dobrev, Paul Wesley, Ian Somerhalder, and others in the lead.

Shaun made his film debut with the 2003 horror/thriller Final Destination 2 where he played Frankie. Following that, he worked in The Skulls III, The Grudge 2, Rampage, Hick, Enter Nowhere among others.

How Much is Shaun Sipos Net Worth?

As of 2021, Shaun is dating his girlfriend Lindsey Morgan. The rumors about their relationship began after the Krypton actor replied to one of Lindsey’s Tweets. Sipos wrote “I’m here… holding your hand” to Morgan’s Tweet where she asked, “@SSIPOS I’m in Brazil, where are you?”

In fact, the 30 years old actress even shared a clip on their Instagram from the event where they shared a kiss together.

Who is Lindsey Morgan?

Talking of Lindsey, she is an American actress primarily known for her work in The 100 alongside Marie Avgeropoulos, Eliza Taylor, Devon Bostick, and many others.

Are Shaun and Lindsey Planning to get Married?

Though Shaun and Lindsey are dating, they have not shared their wedding plans. It seems they are in no hurry to get married any time soon.

However, we would love to see them as husband and wife.

Prior to Lindsey, Sipos dated Good Kids actress Stephanie Fantauzzi. He even announced his relationship with Fantauzzi via a tweet where he wrote, “I love Stephanie.”

They were last seen together having dinner in June 2012 at Judi’s Deli in Beverly Hills Los Angeles. Since then they have not talked about their relationship.