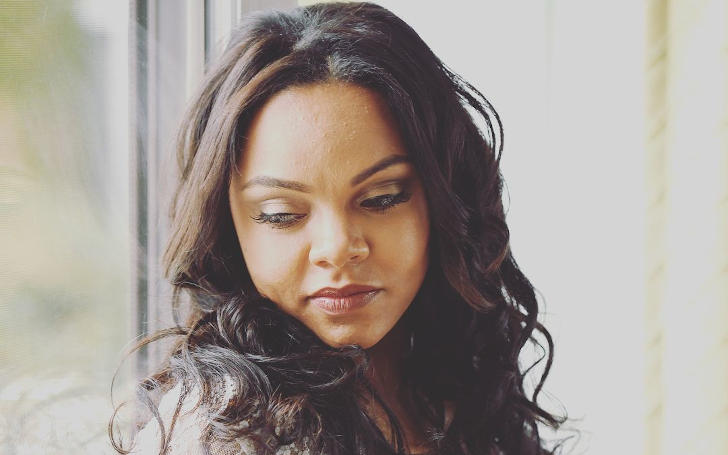 Shayanna Jenkins also famously known as Shayanna Jenkins-Hernandez is the fiancee of late American footballer, Aaron Hernandez. She always supported her late fiance even after he was charged with murder and ultimately convicted and sentenced to life in prison. However, unfortunately, Jenkins’ then-fiance Hernandez committed suicide in jail.

It has been over five years since Aaron left this world, however, his then-fiancee, Jenkins hasn’t gotten over it completely. We can see her posting sad and heartfelt tributes to Aaron on her socials. For her immense support to the late footballer, the whole football fraternity and especially Aaron’s fans have always been admiring her.

Meanwhile, Shayanna became a hot topic in the media in 2020 after the release of Netflix’s documentary, Killer Inside: The Mind of Aaron Hernandez. The documentary showed how the NFL star went from an NFL star to a convicted murderer. Since then, Jenkins has attended a number of interviews and television programs. Nevertheless, Shayanna hasn’t revealed much about her life in the media.

So, today we have brought a detailed article covering Jenkins’ life, including her early life, parents, siblings, love life, and all. Keep scrolling to know more about her.

Who are Shayanna Jenkins’ Parents? Her Birthday, Siblings, and Early Life

Jenkins was born on May 29, 1989, in Bristol, Connecticut to her parents Derrick Jenkins, and Jodi Jenkins. Jenkins’ father was absent for a while during her childhood days when her mother took care of her and her sister alone.

As of 2022, Shayanna is 33 years old. She holds an American nationality and belongs to African American ethnicity. Jenkins grew up in her hometown Bristol with her sister Shaneah Jenkins and a half-sister, Ontavia Samuel.

Meanwhile, there isn’t much information about Shayanna Jenkins’ education. However, some online sources have mentioned that she attended the same school as the late great footballer, Aaron Hernandez. Further, the sources also reported Jenkins and Hernandez studied at the same high school; Bristol Central High School.

Moreover, Jenkins was a star athlete in high school; she won several awards as a track and field athlete.

As mentioned before, Shayanna and Aaron studied together from their primary school days. Further, they also lived in the same neighborhood. However, they started dating a little late, during their high school days. The Famous People mentioned Jenkins and Hernandez officially started dating in 2007, however, their relationship initially saw several ups and downs.

Especially, after Aaron became a national sensation, he started hooking up with a lot of girls. However, eventually, after New England Patriots drafted him in 2012, Shayanna also moved in with him. Subsequently, the former lovebirds bought a $1.5 million house in the Boston suburb. And in no time, the couple were expecting their first child, a daughter.

Jenkins gave birth to their first child, Avielle Janelle Hernandez on November 6, 2012. It was the same time when the proud parents also got engaged. The couple, however, never tied the knot.

Even though Jenkins and Aaron Hernandez were never married officially, Jenkins legally adopted Aaron’s last name back in 2015. A Rhode Island judge, Paula Cuculo approved her request to add Aaron’s last name to her name in August. As per the report, Shayanna asked to grant her the name so that she and her then 2-year-old daughter have the same last name.

Was Aaron Hernandez Gay? What did Shayanna Jenkins Say?

The late NFL star never talked about his sexuality in public. Besides, he was in a happy relationship with Shayanna Jenkins with whom he also fathered two children. However, people have been speculating Hernandez was not straight for a long time. Especially, after the Netflix documentary Killer Inside: The mind of Aaron Hernandez explored his sexuality, it is almost certain that Aaron was at least bisexual if not gay.

In the meantime, Hernandez’s brother, Jonathan Hernandez told that Aaron had revealed his sexuality to his mother just days before he committed suicide. When asked if his sexuality might have motivated Aaron to the murder, Jonathan said he couldn’t say for sure. Jon said,

“That’s one of the questions and, you know, head-scratchers that they still have regarding really this entire case. For me to sit here and say it was this or that, I can’t say. All you can do is look at the evidence that was provided.”

On the other hand, Shayanna Jenkins was unhappy that the Netflix documentary explored her late fiancee’s sexuality. In a conversation with ABC News’ Amy Robach, she said “You can’t describe someone’s sexuality without them being here.”

She didn’t specifically mention if Aaron was gay or bisexual, however, said that she “wouldn’t have loved him any differently.”

On June 17, 2013, a promising football star, Odin Lloyd was shot multiple times in his chest and back. Lloyd had been playing a semi-professional football league, NEFL (New England Football League) for Boston Bandits at the time of his murder. As a matter of fact, Odin was dating Shayanna’s sister Shanea Jenkins at the time and after Odin’s murder, Shayanna didn’t have a good relationship with her sister.

More than a week after the suspicious murder, the New England Patriots tight end Aaron Hernandez was arrested and charged with the first-degree murder. Police also arrested two friends of Aaron, Carlos Ortiz, and Ernest Wallace in connection with the murder.

Ultimately, on April 15, 2015, Hernandez was declared guilty of first-degree murder along with the charges related to possession of a weapon and sentenced to life in prison without any possibility of parole. As a matter of fact, he was also charged with the double homicide of 2012 in the middle of his first case, however, he was acquitted of the charges on April 14, 2017, while he was in prison.

Aaron Committed Suicide Inside a Cell

Aaron Hernandez was found hanging with bed sheets in his cell in the early morning of April 19, 2017. Officers at Souza-Baranowski Correctional Center in Lancaster, Massachusetts took Aaron to UMass Memorial Hospital-Leominster where doctors pronounced him dead on arrival (at around 4:07 in the morning).

Apparently, Aaron took his life just five days after he was acquitted of the 2012 Boston double homicide charges.

The following day, investigators found three hand-written notes next to a Bible opened to “John 3:16.” As a matter of fact, the same words were written on his forehead in red ink. In one of the notes, Hernandez thanked Jose Baez, his attorney for securing the acquittal in the double homicide case. While Aaron dedicated the remaining two notes to his then-fiance Shayanna and his daughter.

In the note he wrote to Jenkins, he expressed how much he loved her. Besides, he also revealed in the note that he had indirectly told her what he was going to do and he also emphasized it was not his plan but God’s.

Shayanna Jenkins Current Relationship Status – Who is Her Boyfriend in 2022?

Shayanna’s ex-fiance, Aaron passed away in 2017. It’s been more than five years since Aaron left this world, so, it’s for sure that Jenkins had found another man in her life. As of 2022, Jenkins is in a relationship with former boxer, Dino Guilmette. In fact, the lovebirds started dating the same year Aaron Hernandes killed himself i.e., 2017.

Dino is a former boxer. As per his LinkedIn page, he is self-employed as of now. Meanwhile, Guilmette also tried to pursue a career in modeling back in the early 2000s. He did modeling for One Model Place, however, he couldn’t prosper in modeling and ultimately left the field.

Talking about Jenkins and Guilmette’s relationship, they don’t share much about it with the public. However, after some research, we found that Shayanna and Guilmette were engaged to be married in the past. The two haven’t appeared on each other’s social media posts for a while, however, there is no confirmation if they are still together or have already called it quits. Besides, Shayanna and Dino have two children together.

Shayanna is a Mother of Two

Jenkins, the 33-year-old social media personality is a mother of three. She has two daughters and one son. Jenkins welcomed her first child, a daughter, Avielle with the late NFL star, Aaron Hernandez while her two younger children are from her current fiance, Dino Guilmette.

Shayanna gave birth to her first child with Dino on June 15, 2018, and named the baby girl Giselle. The ecstatic parents only revealed the arrival of their little bundle of joy a couple of weeks later on Instagram.

Besides, Shayanna is also a step-mom to Dino’s daughter Mia Guilmette from his past relationship.

Well, when it comes to Jenkins’ career, there is nothing evident about it in the media or internet. She is a popular face on Instagram where she has more than 230k followers as of June 2022. As of now, she is a homemaker.

According to IMDb, Shayanna Jenkins has made her television appearances a couple of times. Her first appearance was in Aaron Hernandez Uncovered in 2018. Moreover, she also appeared on television shows Dr. Phil, and Good Morning America.

In the meantime, Shayanna received an offer to make her appearance in the Netflix documentary series, Killer Inside: The Mind of Aaron Hernandez. But, she rejected the offer saying she “wanted to leave it in the past.” In a conversation with ABC back in 2020, Shayanna talked about the offer where she also expressed her dissatisfaction regarding the exploration of her ex-fiance’s sexuality.

What is Her Net Worth? How Rich was Her Late Fiancee Aaron Hernandez at His Death?

At present, Shayanna Jenkins is busy taking care of her two children. She doesn’t work as of now, so we can say she doesn’t have a significant net worth of her own right now. Likewise, if you are concerned about what Aaron Hernandez’s net worth was at his death, we can tell you he didn’t have more than a couple of hundred of thousand.

Aaron had signed a $40 million contract with the Patriots in 2012, however, he could only earn around $10 million from that contract as he was released early by the Patriots following his indictment.