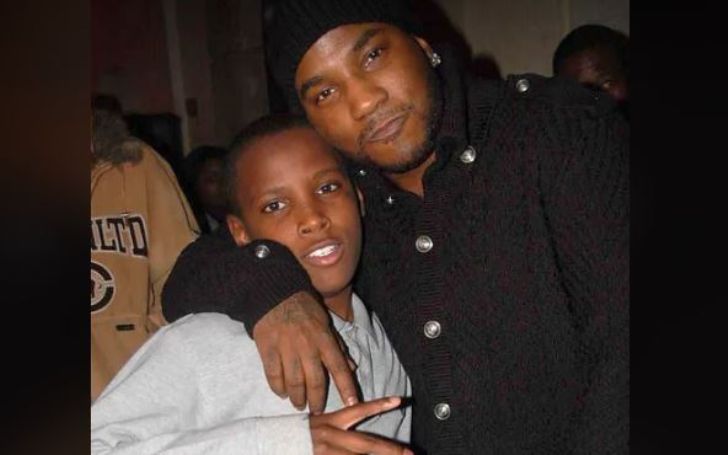 Shyheim Jenkins is the son of the rapper, songwriter, and actor, Jeezy fully Jay Wayne Jenkins and one of his ex-partners. Shyheim’s father, Jeezy is famous for songs like Put On, All There, Soul Survivor, Seen It All, and the rest.

Jeezy’s Let’s Get It: Thug Motivation 101 debuted no 2 on the Billboard 200 in 2005 and later would also receive platinum certification. Unlike some of his siblings and father, Jay’s second son, Shyheim is extensively out of the media interest. Additionally, he is also more or less a no-show on social media.

And not even Jeezy seems to be that fond of talking about his son, Shyheim. So decode why there’s utmost obscurity about the star kid. In addition, also scroll through Shyheim’s life as Jeezy’s son. Get answers to the questions like how the formerly called Young Jeezy raised his son, is he also interested in pursuing music, his current pursuits, and details on his mother.

Who Is Shyheim Jenkins Mother?

There isn’t a clear specification as to who Shyheim’s biological mother is. In fact, this has been one of the mysteries that Jeezy has been carrying for a long time.

Sources, nonetheless, do believe that Shyheim and his elder brother, Jadarius’ mother is the same woman, Tenesha Dykes. As per TMZ, the second son of the Put On singer, Shyheim was born between 1996 to 1999.

What Does Shyheim Do?

Unlike his elder brother, father, and stepmother, Shyheim, mostly lives a backstage life. He is also equally absent on social media settings be it Instagram, Facebook, or Twitter.

It also has been a while since people last saw Jeezy with his second child.

Whatever, the case, it is pretty understandable from his lesser camera appearance that Shyheim isn’t much interested in going for the public interest.

Shyheim Jenkins Older Brother Jadarius Has His Own Clothing Line

Jenkins’ elder brother, Jadarius is the oldest son of Jeezy. Jadarius was born from Jeezy’s relationship with one of his former partners, Tenesha Dykes, an entrepreneur.

Shyheim’s brother, Jadarius is often mistaken for a Columbian rapper who goes by the stage name, Lil’ Jezzy. Jadarius, the Georgia Riverwood Academy graduate, however, is not an artist like his father but apparently has its own fashion line.

In addition to an older brother, Shyheim also has a younger half-sister named Amra Nor Jenkins who was born in Feb 2014. Jeezy had Amra with another of his former girlfriends and musician, Mahalet Gebregiorgis or Mahi.

While Shyheim’s father, Jeezy is close to his daughter, Amra, the Go Getta songwriter allegedly doesn’t have that much of a healthy relationship with his baby mother, Mahi. Because of his father’s current relationship, Shyheim is also a half-brother to one more sister, Monaco.

She was born in late Dec 2021 through, Jeezy’s relationship with his existing wife, Jeannie Jenkins, the host of a talk show, The Real, and others.

Shyheim Jenkins Parents; His Father Had Many Relationships

Over the years, Shyheim’s rapper father has been in a relationship with multiple women. And he has also had several children with them including Shyheim. Though as mentioned it exactly isn’t clear who the mothers of each of the kids are.

The singer nonetheless almost always had a bad relationship with each of them.  One of his baby mothers even filed a complaint against him alleging that he missed several child support payments. She also accused him of being a deadbeat dad. Jeezy, however, denied the allegations. As for now, Jeezy is married to the co-host of a reality talk show, The Real.

The couple started dating in Nov 2018 and got engaged in 2020. They tied the knot in a small ceremony on March 27, 2021, in Atlanta, Georgia. Almost a year later in Jan 2022, Shyheim’s father and his new wife would have their first child, a daughter named, Monaco Mai Jenkins.

Jeezy Once Assaulted One Of His Sons; Was It Shyheim Jenkins?

Back in Sep 2012, Jeezy was among the headlines for allegedly assaulting one of his elder children and even making death threats.

TMZ’s then-documents showed the complaints that the now 44-year-old rapper got in a physical altercation with his son sometime in the month of Sep 2012. The magazine’s sources claimed one of Jeezy’s sons hit his head after the rapper threw him into the glass shower door in a bathroom.

The old reports say after that, Jenkins patriarch punched his son in the face, pulled him to the bedroom, and continuously pounded on him. Jeezy then threatened his kid that he was going to kill him.

The R&B artist’s son reported his father saying to him,

“I will kill you. I will put a bullet in your head right now … If I could get away with it, I would kill you.”

Jeezy’s son stated he tried to escape his father’s attack but the South Carolina-born singer blocked him in the stairwell with the help of his bodyguard.

Jeezy’s offspring also said his father choked him and beat him repeatedly. Despite all these, it took over a year for the police to detain Shyheim’s artist father. He allegedly had turned himself into the authorities after the court issued an arrest warrant for him.

After the arrest, Jeezy’s bond was set to an amount worth around $45000. The police charged Jeezy with battery, false imprisonment, and making terrorist threats against his own son. Jeezy didn’t comment on the issue any sooner. His lawyer, however, did tell the people that the matter was going to resolve in itself.

So Who Really Got The Beatings From Jeezy?

What’s unknown in all these to this day is which son of Jeezy really was the victim here; Shyheim or his older brother, Jadarius Jenkins. Jeezy’s second son, Shyheim at the time was 13 while his brother, Jadarius was 17.

None of the sources back then stated it clear which of Jeezy’s boys was the one to take the hit. Speculations project Jadarius, the eldest was then 16. However, a couple of months before the incident, Jeezy had shared a picture of his first son on his Instagram with a caption that read,

On the other hand, Shyheim, Jeezy’s second son at the time of the incident was 13 and therefore a minor.

In light of that, it is presumed the media or the police didn’t choose to reveal if he was the real victim. Jeezy later explained he never made any such threats against his son and claimed that it was rather a setup from his kid’s mother.

Jeezy, who is now 44 years old, admitted he shoved his son but said he never physically hurt him. Apparently, the reason behind the altercation was that Jeezy was talking about how his kid wasn’t supposed to be a punk kid with an attitude.

Some years later one of Jeezy’s sons would again be involved in an altercation. Only this time it was confirmed that this son was the USDA member’s eldest, Jadarius. To say more, the brawl apparently was rather serious. During the argument, Shyheim’s brother went on to suffer a knife wound to the face. Additionally, the dispute also left one of the men involved dead.

The five foot nine inches tall Jeezy is among the few celebrities who didn’t want their kids to follow what made them famous. Back in Sep 2014 while talking to All HipHop, the Ozone Awards winner explained why he didn’t want his sons to pursue music.

In fact, part of the reason things escalated between him and one of his sons back in 2012 was that Jeezy was cautioning his kid how pursuing music was no picnic. During an interview, the Pressure singer reported himself saying to his son,

This is no different than being in a Martin Luther King situation or Malcolm X. When you say these words, you got to stand on them.

Even when Maxim in Nov 2015 asked if he was letting his children follow music as a career, Jeezy said,

Nah, I would never let that happen. No! It’s a different game.

The father of two at the time revealed he would also let his sons know if their piece sucked as well as give them honest opinions about their songs.