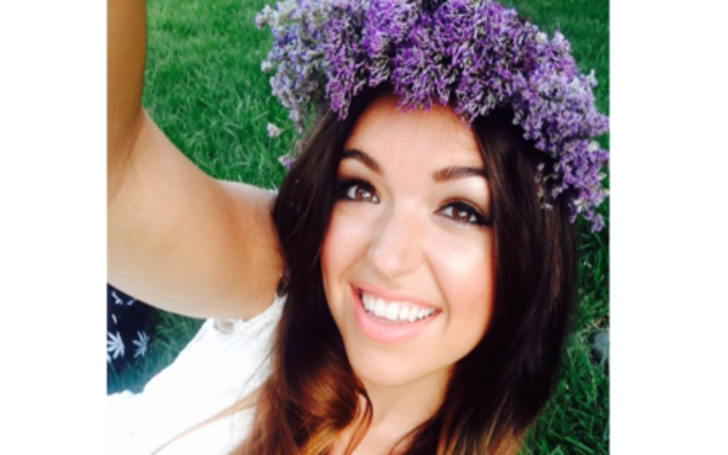 Skylar Staten Randall is the daughter of celebrity photographer, Bryan Randall. Skylar’s father, Bryan is also famous as the boyfriend of Hollywood star, Sandra Bullock. Skylar is now in her late 20s and as per some, she for a while tried to get herself into modeling.

What’s interesting about her life is the fact that she once almost became the official daughter of Sandra Bullock. Few still argue that is still possible. Bullock’s fans were starting to have a keen interest in Skylar seeing her and the actress’ growing closeness. Also, her dreadful childhood intrigued and brought her hoards of sympathies thereby bringing her followers who often wanted to know about her usual pursuits.

However, as of recent, it looks like, she has cut all of her ties with her celebrated photographer father and even her famous relationship with Bullock. So what’s the reason behind it? Find all in the article beneath.

Randall was born in September 1993 in Los Angeles, California. Randall’s biological mother, Janine Staten, died from a drug overdose in 2004. Janine passed away in a coma when her body went septic from heroin addiction. They had admitted her to the hospital on December 6, 2003, but ultimately lost her life on January 7, 2004.

Rogue Valley Medical Center waived off Janine’s enormous medical bills as a gesture of kindness to her mother who worked tirelessly in the community and later, herself died of a heart attack delivering blueberry muffins to the Society of St Vincent de Paul. It is a Catholic voluntary organization that cares for the vulnerable.

Once when Skylar was around 10, her mother had dated someone from a record label. Due to this, she got to meet stars like Kevin Costner, Charlie Sheen, and Robert Downey Jr.

Not long before her death, Sky’s mother, Janine had rented a home with their daughter and husband Michael Blankenship, an addict, and a heroin dealer, in Medford, Oregon. A family member revealed that Janine loved her daughter but had a demon on her back. As per the same person, Randall’s mother had so much talent and hope. She dreamt of making it in Hollywood as a screenwriter. At one point Sky’s mom was working at MTV and dating someone high up at DreamWorks Records.

Randall’s father, Bryan had left her and her mom all alone when ‘the relationship went to the rocks.’ Later, a family member – who did not wish to be named – said Staten and now Bullock’s boyfriend fell in love, got engaged, and had a baby but then it all fell apart.

After her mother’s demise, Skylar grew up under the guidance of her grandmother Pierrette until her death two years later. Then, her father brought her to Los Angeles, where she attended high school. Sky next moved to Arizona to attend college. After graduating she moved back to L.A. Bryan started to take care of Skylar only when she was 14.

Randall got custody of his daughter in 2007 after her grandmother Perri died in February that year. During the last stage of her life, Sky’s mom was with a guy named, Michael Blankenship who she met at a Narcotics Anonymous group and with whom she later attended methadone clinics. The pair began their relationship in 2001.

Skylar Staten’s Father Abandoned Her And Her Mother

Skylar has had a troubled relationship with her photographer father. In September 2015, Daily Mail reported Randall’s father and Sandra Bullock’s current boyfriend is a former drug addict who faced police action for being a deadbeat father.

When Skylar was still an infant, her father Bryan was sued over unpaid child support for her.

Randall’s father, Bryan also underwent rehab for drug problems and left his daughter with her mother even though the woman, his former fiancee, had a heroin habit which eventually took her life. He later confessed on his Facebook that he was loaded on LSD when he and his late ex-wife conceived Skylar.

Prior to photography, Bryan used to be a fashion model. He even appeared on the pages of Vogue Paris. Sky’s dad has also posed for Hugo Boss and Saint Laurent. In addition, Bryan Randall appeared alongside supermodel, Cindy Crawford in a 2011 spread for Harper’s Bazaar Singapore.

Skylar’s Father, Bryan Randall’s Was Irresponsible And Had A Terrible History

The Oregonian was in rehabilitation for substance abuse while his then-fiancée Janine Staten was pregnant with Skylar back in the early 1990s. Several sources and family members confirm Bryan was not present in his daughter’s early life. In addition, official documents from the past showed the court ordered him to pay ten months of unpaid child support totaling nearly $2,000.

Additional documents obtained from an Oregon court showed the authorities ruled that he pay monthly child support of $187 as well as $1,870 in past support he had missed paying in the past.

What’s more, in 1993 police arrested him in Multnomah County for Driving Under Influence and three years later in 1996 for a probation violation.

Again, in 2012, Bryan faced a restraining order for smearing his neighbor’s door with dog feces.

Randall’s mom, Janine often fell on hard times and she and Skylar lived with a close friend and a former roommate, Eric Engelbach. Eric told Daily Mail Online that Janine would never talk about Bryan, he just wasn’t in the picture of the mother-daughter duo. He just disappeared from their lives. Engelbach who is also a restaurant manager added Bryan wasn’t present at all. He said Skylar’s grandmother, Perri did a lot of the work bringing up her, and that she essentially raised her. Eric described Sky as a good girl and a very bright kid.

Engelbach, who last lived with Staten and Skylar in 2001, said Bryan only got the guardianship of Sky because Janine and Perri passed away.

Skylar’s uncle and Bryan’s brother, anywho, in 2015 said Bullock’s bae had been clean and sober for a ‘very long time.’ Another friend added it had been a decade since the Portland native touched drugs. Apparently, it was only after Randall’s mother, Stefan’s death that Bryan started to man up. He now is the owner of Bryan Randall Photography

Randall’s photographer father, Bryan met Bullock in 2015 after the actress hired him to shoot her son, Louis’s 5th birthday bash in January 2015. As time passed, the couple grew increasingly close to each other. They even went on a double date with Jennifer Aniston and her then-husband Justin Theroux.

The Ocean’s Eight — actress has an 11-year-old son Louis Bardo and nine-year-old daughter Laila, whom she adopted in 2010 and 2015, with her longtime boyfriend, Bryan.

Skylar Randall Is Not Close With Her Father’s Girlfriend, Sandra Bullock

In July 2019, Radar Online insiders reported Skylar discontinued and refused to live with her father Bryan and his Academy-winning girlfriend, Bullock in the latter’s $16 million Beverly Hills mansion.

The 28-year-old then instead opted to stay at a two-bedroom apartment and hit dive bars. Additionally, Radar added Sky has completely cut herself off from the celebrity world — and barely talks about Bryan and Sandra. Apparently, she also has never wanted their help – emotionally or otherwise. Skylar prefers not to go out with them in public. The vicenarian has allegedly declared she wants a normal life and doesn’t even use Bryan’s surname.

While neither Bullock nor Randall holds any grudges against each other, it’s just people assume Sky’s difficult upbringing and the tragic death of her mother have something to do with her not wanting to live in a luxury mansion.

In fact, sources have revealed Sandra has always hoped to be the best of friends with Skylar.

This, however, isn’t the first time the Birdbox star struggled to maintain a good relationship with the children of her partners. After her breakup with her ex-husband, Jess James, the actress allegedly stopped keeping in touch with James’ daughter, Sunny. In the aftermath of her 2010 split with James because of his infidelity with a parade of mistresses, Bullock even cut ties with the entire family.

A friend of Skylar in August 2019 said Bryan’s daughter is keeping her distance because she has no feeling for that Hollywood. The close companion added Sky feels her father’s and stepmother’s circle of friends leave her cold, ‘even if it cuts her own skin.’

While there are sources that tell Skylar wants to remain aloof from the spotlight of her current would-be stepmom, some tabloids, on the other hand, claim an equally opposite reality.

In November 2017, a US publication, Star reported the Speed star was set to adopt her boyfriend Bryan Randall’s then 23-year-old daughter, Skylar. Amidst the noise, an insider said Sandra tried to keep the adoption thing under the wraps, but she had practically already adopted Janine and Bryan’s daughter. The source also mentioned Staten had moved into Sandra’s Beverley Hills resident.

The close member of the Bullock’s group added Skylar loves being with Sandra’s kids. Allegedly, Sandy also treated her as one of her own. As a matter of fact, Skylar had even started to call her ‘Mom.’

What Is Skylar Staten Randall Doing In The Present?

Staten’s going recluse not only for the general public but also over social media seemingly insinuates that she, indeed, is looking for a break from media attention. Either that or she had difficulties being in touch with someone from the entertainment industry.

Even her Facebook — has managed to cover a mere fraction of her life; nothing more than a couple of posts. She, however, shared a snap of hers in early 2020; something she hadn’t done in a long time. Given that it appears the 28-year-old might gradually open up to the rest of the world in time.

As for now, she hopefully is quite content in living just five miles away from her father and Bullock’s million-dollar resident.