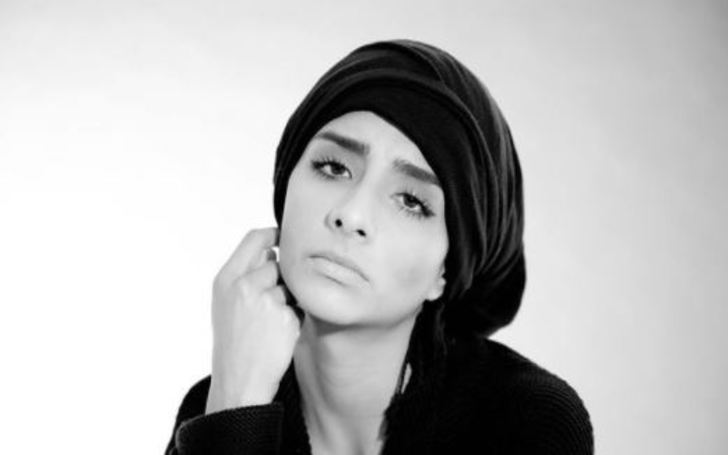 With the growing popularity of foreign-language content, the native celebrity faces are also gaining significant followings from Hollywood. What’s more, these stars haven’t even had one single credit in an English language film.

Such is the case with Sofia Engberg who has all of a sudden attracted a massive curiosity. So know all about her in the ensuing write-up; her life before stepping into the entertainment industry, her love life, and much more.

Sofia Engberg Is Yet To Open Up About Her Childhood

Other than foregoing details, the new Netflix star hasn’t revealed much about her life prior to acting.

Engberg Stars In One Of The Hit Series Of Netflix

In 2016, Engberg appeared as herself in a documentary titled, Simply Right Here. The same year, she got credit as Malica in Chapo: el escapa del siglo (Chapo: the escape of the century).

Sofia’s first TV role was as Sara’s friend in the 2019 series, Preso No 1. Then she portrayed the character of a Shop attendant in another series, The Club. In 2021, she had a brief appearance in the series Everything Will Be Fine. The same year, she would gain a breakthrough role as Juana Bautista in Netflix’s sleeping hit thriller show, The Five Juanas. In the series, Engberg plays one of the leads alongside other famed TV actresses such as Oka Giner, Zuria Vega, Juana Arias, and Renata Notni.

Sofia once revealed that she was traveling when the casting for the Juana Bautista came to her. In fact, the caramel-skinned actress did the audition at 2 am and had even thought of not being able to do it.

What Engberg Has To Say About Her Major Career Role And Her Co-stars?

Juana Bautista is Sofía Engberg’s first leading role and the actress says the support she received from her four costars stands out the most to her. Apparently, the closeness among the actresses is such that the same production team has told Engberg that it was not normal.

The Mayan star admits there was a lot of laughter on set. And that the five actresses love each other so much outside the project as well.

Is Sofia Engberg Starrer The Five Juanas Really Worth The Hype?

Defying expectations, The Revenge Of The Juanas reportedly is crawling up to become the most viewed on Netflix.

Flix Patrol reports, the Mexican thriller series has already reached number five of the most-watched shows. And that’s only 10 days after its premiere, not only in Spanish-speaking countries.

As mentioned, Sofia portrays the character of a Mayan origin who has the supernatural force, and thanks to that she can see unique things.

Will There Be A Second Season Of The Five Juanas?

Netflix originally ordered only a single season of The Five Juanas. And as of this writing, it’s rather still too early for the streaming giant to pull the trigger on a second season just yet. There typically will be a wait of 1-3 months before the virtual entertainment company comes with a conclusive fate of the series.

On the other hand, most Spanish language sources have already claimed that a second season is on the cards but none had any firm plans from the showrunners or cast quoted.

Also, these sorts of franchises are difficult for Netflix to just drop and move on. Although it had a very slow start on Netflix’s top 10s, it slowly build up around the world on the top 10s. The series peaked at the number 4 biggest show on Netflix on October 15th, 2021

Does Engberg Have A Boyfriend?

All those years of Sofia on socials yet the actor hasn’t once mentioned her romantic aspects much less her partner. The Revenge of The Juanas star is surely a gorgeous bombshell. She, however, is nowhere to be seen talking about her intimate subjects.

For what it’s worth, the Mexican star could be very much single and might be rather choosing to stand on her own for the time being. Also, Sofia doesn’t seem to have any plans to get married. However, we hope she finds a perfect partner and husband for herself soon.

Who Is Juana Arias? All About Her Career, Boyfriend, Net Worth, & More