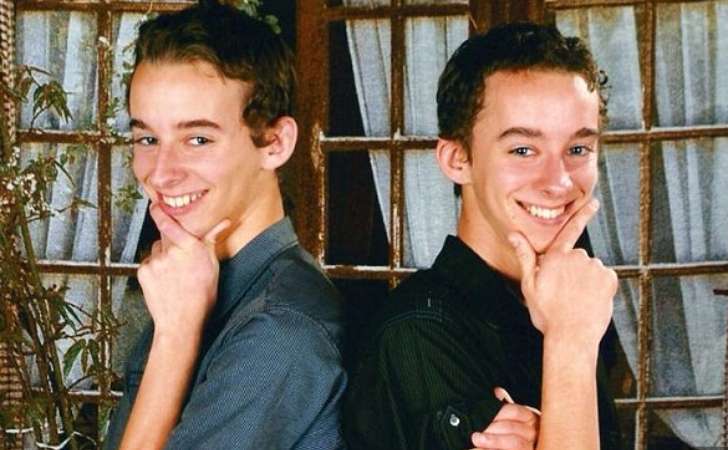 Sullivan Sweeten is an American actor who started his acting career as a child actor at the mere age of 16 months. Back then, Sweeten appeared in the sitcom Everybody Loves Raymond as Michael Barone.

The actor debuted in the sitcom alongside his identical twin brother Sawyer Sweeten who sadly passed away some years back. Following that, he has also starred in several other TV series like Even Stevens, The Dr. Oz Show, What Not to Wear, Casting, and so on. Apart from his career, Sullivan hasn’t talked much about his personal life as he likes to keep it low-key.

So, where is Sullivan Sweeten now? Does he have a wife or a girlfriend? Read the full article below to find out answers to all these questions. Keep scrolling!

How Old Is Sullivan Sweeten Now? His Early Life Details

Who Are Sullivan Sweeten’s Parents?

The 27 years old was born to his father Timothy Lynn Sweeten and his mother Elizabeth Gini. His father is a screenwriter and a film producer who is well recognized for the documentary “The Seventh Man.”

Similarly, his mother is an actress popular as Elizabeth Gini. She appeared in Casting, The Dr. Oz Show, and Larry King Now.

Sweeten had a wonderful childhood as he grew up with his identical twin brother, Sawyer Sweeten. However, his brother sadly committed suicide and is no more with him. The two had started their career too early when they were just 16 months old starring in the sitcom “Everybody Loves Raymond.”

Likewise, Sullivan also has an elder sister, Madylin who also joined the brothers in the sitcom alongside them. As the actor has a bunch of siblings, the list doesn’t end here. He also has a younger sista Maysa, and four-step half-siblings; Guiliana, Emma, Elliette, and Jaymeson from his mother’s marriage to her hubby, Jerry Jini.

Is Sullivan Sweeten in a Relationship?

As of now, there is no information about Sullivan Sweeten being married to a wife or having any girlfriend. Since the 27 years old has successfully kept his relationship status away from the media, we are not sure if he is dating or single at the moment.

Meanwhile, there have been rumors that Sullivan has been dating a girlfriend for over a year now, however, there is no official clarification on the rumor as of yet. Besides, Sullivan’s absence from mainstream media and social media makes it difficult to know more about his dating life and relationships.

Sweeten’s brother Sawyer, who was also his co-actor in Everybody Loves Raymond passed away in April 2015. Sawyer took his own life with a gunshot to his head when he went to visit his family.

Though the exact reason behind his suicide is not revealed yet, he was allegedly suffering from depression. According to his mother Elizabeth, he told one of his family members that “he felt like he didn’t exist” and “death was an escape from that feeling.”

The Sweeten family and the whole crew of Everybody Loves Raymond paid tribute to the late child actor by doing the things that he liked at his funeral. Sullivan also dyed his hair blue in honor of his late twin brother as it was his brother’s favorite color.

Sullivan’s twin brother Sawyer’s sudden death has devastated everyone including his family and his fans. His family is still struggling to cope with the trauma and holding it together to stay strong.

His mother Elizabeth is engaging her other kids in other activities trying to make them happy and forget about the grief. On the other hand, Sullivan’s younger sister is suffering from insomnia and panic attacks.

Also, Sullivan is not so active in media these days. He has taken an indefinite leave from his career since his last short Casting in 2017.

What Does Sullivan Sweeten Do Currently?

Sullivan is a popular actor who started his career as a child actor at a very early age. After moving from his birthplace Texas to California with his parents, his parents took him and his twin brother Sawyer and sister Madylin to audition for the TV sitcom Everybody Loves Raymond. Luckily, all three of them got the role and they worked on the series for some time.

Following that role, he portrayed the role of Milton in the TV series Even Stevens (2000) and Young Frank in Frank McKlusky, C.I. in 2002. The promising actor then started making appearances in several other TV series in the upcoming years and in 2017, he appeared as Jack in the short Casting, which happens to be his last work as of 2022.

The actor has gone underground and isn’t active on any of the social media platforms. Maybe he is taking some time alone from the public before making a comeback in acting.

The former child actor had a flourishing career in acting and has made appearances in numerous TV series. He obviously has earned well from his acting works. Sullivan Sweeten has a net worth of $1 million as of 2022. He has a beautiful house in Riverside, California which he bought with his late brother Sawyer Sweeten.