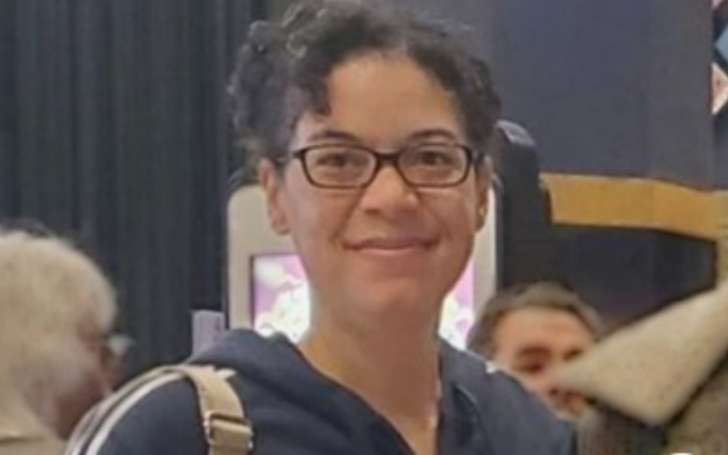 Sultana Abdul-Jabbar is a star kid who shot to fame as one of the children of Kareem Abdul-Jabbar. He is an American former professional basket player who played 20 seasons in National Basketball Association (NBA).

Similarly, Sultana’s dad is also considered one of the most outstanding players and named in the list of top 3 players on the NBA team. Likewise, her mom is a fashion designer who raised her kids alone after her divorce from her ex-husband. Despite being a celeb child, Sultana always preferred to stay lowkey. Also, even though she was the youngest child of her mom and dad, she didn’t get to spend much time with her dad in her early days.

So, where is Sultana these days? Is she single or in a relationship?  Well, dive into the article below to discover the undiscovered details about Kareem Abdul-Jabbar’s daughter, Sultana Abdul-Jabbar. Let’s get started!

Sultana Abdul-Jabbar Is 43 Years of Age

Sultana Abdul-Jabbar was born in the United States in 1979 which makes her 43 years old as of 2022. Also, she allegedly celebrates her birthday in April, however, she hasn’t revealed her date of birth. She is one of three daughters of father Kareem Abdul-Jabbar and mother Janice Brown, aka Habiba Abdul-Jabbar.

Born in a Muslim family, Sultan follows the Muslim religion just like her parents. Besides, talking about her ethnicity, she is an American with an African- Trinidadian ethnic background.

Many of you may not know this but Sultana’s father divorced her mother when she was only three months pregnant. Thus, she grew up along with her single mother for the most part of her life.

Sultana was home-schooled before moving on to pursue higher education. She reportedly enrolled in the University of California, Santa Cruz in 2000 and graduated in 2002. She has a bachelor’s degree in Literature.

Who Are Sultana Abdul-Jabbar’s Parents?

As we said earlier, Sultana Jabbar is the youngest daughter of her parents; father Kareem Abdul-Jabbar, and her mother Habiba Abdul-Jabbar. The couple walked down the aisle on 28 May 1971 in a private wedding in Washington D.C.

Her mother is reportedly a fashion designer and has a clothing brand Tutu Glam. Habiba’s original name is Janice Brown which she later changed after tying knots with her ex-hubby. Similarly, she also changed her religion from Christianity to Muslim as her former mate insisted she does so.

On the other hand, her dad is an American former professional basketball player who is one of the top 3 players in the National Basketball Association (NBA) history. In fact, he played 20 seasons in NBA and was a member of six NBA championship teams as a player and also as an assistant coach in two teams.

Despite sharing three children and being married for more than half a decade, the ex-couple’s marriage couldn’t sustain long. Sultana’s mom and dad then parted ways in December 1973.

According to the sources, the one-time love birds lived separately for a brief period soon after their marriage. Later, the then-husband and wife’s marriage dissolved in a religious ceremony at Kareem’s request.

Despite the former pair’s detachment, they didn’t stop having children. As a result, their daughter Sultana Abdul-Jabbar and son Kareem Abdul-Jabbar Jr. were born. Well, the lovebirds Kareem and Habiba officially divorced on 1978.

On the contrary, many tabloids had suggested that his girlfriend at that time, Cheryl Pistono has influenced the couple’s divorce. She reportedly convinced him to end the courtship with his former wife.

Do Sultana Has Any Siblings?

Well, Sultana has two biological siblings, a sister Habiba and a brother Kareem Jr.& two half-siblings Amir & Adam. Her sister Habiba Alcindor is the eldest child of her parents born in 1972. It was after Habiba’s birth that her mom and dad started having relationship problems.

After four years of the first baby’s birth, Kareem and his ex-wife Habiba welcomed their second bundle of joy, Kareem Abdul-Jabbar Jr. in 1976. He was born after his parent’s separation. Also, she has a half-brother Amir from her daddy’s second wife Cheryl Pistono.

As of now, all the Sultana’s siblings are all grown u and well settled in their careers. Her eldest sista Habiba is a journalist whereas her brother is making his career in football following in his dad’s footsteps.

Is Sultana Abdul-Jabbar Married Or Dating a Boyfriend?

As of now, there is no information about her being in a relationship with anyone. Unlike her siblings, she doesn’t prefer public interference in her life. She keeps her life very private and hasn’t talked about her being married or having a boyfriend in the media. Therefore, we cannot surely say if she is single or is engaged to any guy.

Meanwhile, in 2014, she was found hanging out with actor Zac Effron. However, we aren’t sure if they were just friends or anything else as she hasn’t talked about their relationship.

Where Is Sultana Abdul-Jabbar Now? Her Career

Kareem’s daughter Sultana currently resides in Los Angeles, California, US. To mention her career, according to her LinkedIn profile, she worked as an Executive Assistant at Children’s Defense Fund from 2015 to 2017. This is the latest job update on her profile.

Prior to that, the star kid operated in two different places. She was an administrative assistant at Children’s Institute, Inc. from 2009 to 2014. Likewise, she served as an assistant for five months at Los Angeles Lakers.

How Rich Is Kareem Abdul-Jabbar? Sultana’s Net Worth

Kareem Abdul-Jabbar is a multi-millionaire who has a net worth of $20 million. Being one of the most famous players in the world of sports, he has only succeeded in his profession. In fact, he has even won multiple accolades in his NBA career. No wonder how he has become rich and established himself.

On the other hand, his daughter Sultana’s total assets are not revealed yet. But looking at her profession, she must be earning decent money enough for herself.