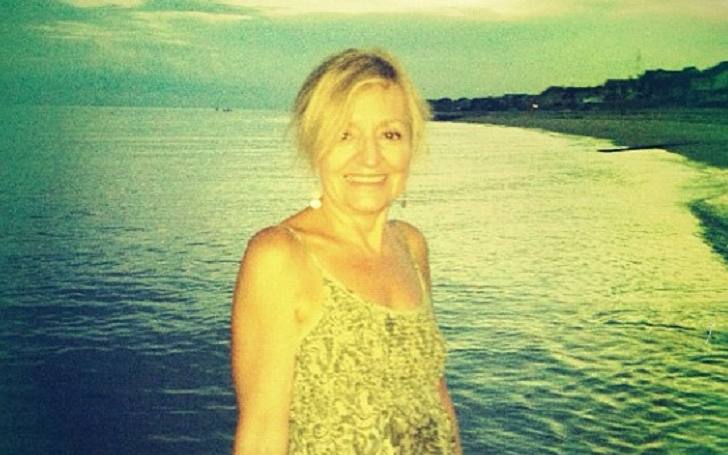 Susan Iger (aka Kathleen Susan Iger) is a consulting producer at CUNY TV, a media production. She, however, came into the light as an ex-wife of Bob Iger, an executive chairman of The Walt Disney Company.

The former couple led a happy married life for years before they parted ways. The two also shared two daughters; one of them is a field producer at Al Roker Productions.

To know more about Susan’s career, family, and other details, read the full article!

Where is Susan Iger From? Her Age and Education

Susan was born in Roselle, New Jersey. Her age is 75 as of 2022. She spent the majority of her early life in Roselle with her parents. She attended Abraham Clark High School.

After her high schooling, Iger went on to study at the American University, in Washington, DC in 1965 and completed her graduation in 1969.

When Did Susan Iger and Husband Bob Iger, aka Robert Iger, Get Married? Their Children

Nonetheless, Susan and her ex-husband Bob Iger have kept most of their marriage details behind closed doors. According to sources, the two dated for some time before they tied the knot.

Susan and her hubby Bob have two daughters; Kathleen Pamela Iger and Amanda Iger. Kathleen graduated from the University of Vermont. She currently serves as a field producer for Al Roker Productions in New York. She works on Roker on the Road, a cable television program on the Food Network.

Why Did Susan Iger divorce?

The two initially struggled a lot to balance their career and family side by side. It worked for some time but when Bob decided to go to Los Angeles after being designated as a new head of ABC Entertainment in 1989, their relationship started falling apart. Bob Iger’s wife one of those New Yorkers who never want to live anywhere else wasn’t happy to go to Los Angeles.

He wrote in his memoir titled The Ride of a Lifetime,

“I knew this would be hard for her and that in her heart she wouldn’t want to go. She was incredibly supportive. “Life’s an adventure,” she said. “If you don’t choose the adventurous path, then you’re not really living.”

His constant traveling job eventually ruined their marriage. Susan filed for divorce from her husband in 1992 and moved back to New York with their two girls.

What About Her Current Relationship Status?

Susan Iger has since her separation from Bob refrained from making any public appearance. She has also kept her love life highly private. So, no more details on her private life have been updated for the past several years. Iger now probably relishes a single relationship status at present.

On the other hand, the business executive Bob is leading a delightful married life with his spouse Willow Bay, a journalist, editor, and author. The two walked down the aisle in an interfaith Jewish and Roman Catholic service in Bridgehampton, New York in early October 1995. The two went to southern France for their honeymoon.

Career: What is Susan Iger Doing at Present?

Iger scored her first job as an executive producer of special events at WABC-TV in 1982. She also worked as a producer for the National Broadcasting Company at the time.

After seven-year of association with WABC, Bob’s spouse left it and joined the media production Al Roker Entertainment, Inc, in New York in 2000. She spent six years working as a vice president of the company.

In October 2006, Susan began working as a senior producer at CNBC-TV and became a part of the show until March 2007. She also spent a couple of years working as a freelance specials producer for WCBS-TV, in New York City.

In May 2007, Iger was designated as a freelance news producer at CBS2 and worked for over a year until June 2008. She is currently a consulting producer at CUNY TV. She has been a part of a cable channel since April 2012.

What is Her Net Worth? Where Does She Live?

Susan has earned a considerable amount of money from her content career. Her estimated fortune is $200,000 as of 2022. In the meantime, her ex-husband Bob has a guesstimation net worth of $350 million as of 2022. He is paid a tremendous salary of $50 million per annum.

Besides, Iger currently resides in Fairfield, Connecticut with her family.

He grew up in a Jewish family in NYC, where his father was a World War II Navy veteran and his mother used to work at the High School. Bob attended Oceanside High School and graduated from the school in 1969. He later went on to enroll at the Roy H. Park School of Communications at Ithaca College.

Iger kick-started his media career as a host of Campus Probe in 1972. He then landed the job of performing menial labor on the American Broadcasting Company (ABC) in 1974. He held several high posts at the company before it was purchased by Disney Company in 1995.

He became the president of Wlat Disney International in Feb 1999.

Susan is active on Facebook with a few followers. Her update on her social media account is sporadical. She rarely shares photos and other information.