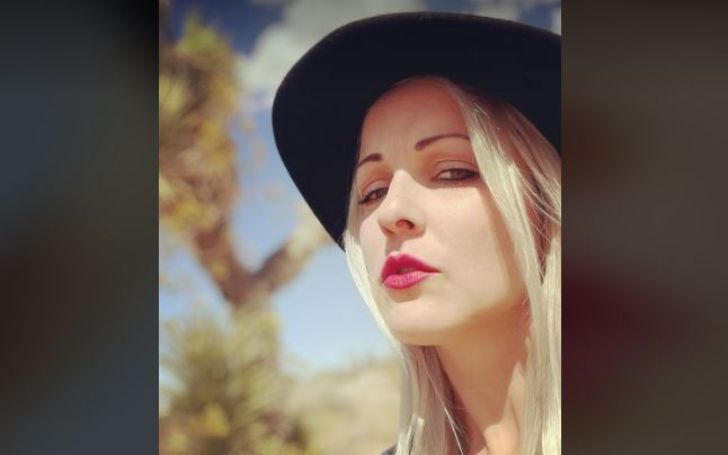 Susan Slaughter is an actress, model, paranormal investigator, reptilian, and horror enthusiast.  Not only is Susan a well-known paranormal expert, but she also openly identifies as a Witch. Slaughter is well known for her duality in both acting and the paranormal both of which has made her amongst the “horror elites.”

While she also often identifies herself as a fashion model, she mostly is busy investigating the paranormal. Slaughter in addition speaks at conventions and universities on supernatural subjects. The Miami-born has also been featured on The Nerdist, Bizarre States, Dread Central, and Sinful Celluloid.

One can find her panels at conventions like Stan Lee’s Comikazee, Utah Halloween Expo, Scarefest, and Comic-Con. She though is mostly known for the Travel Channel reality series, Paranormal Caught on Camera (2019). Slaughter additionally is also a TV Host and again a Paranormal Investigator for Ghost Hunters International at Syfy Channel/ Pilgrim Films.

Something that her fans remember most about her is — whenever she introduces an eerie segment on Paranormal Caught on Camera, she always prefaces it by saying the exact same thing happened to her. Know more about her in the headings down below; her upbringing, career, if she makes any standout fortune from her work, and more.

Susan Slaughter, real name, Susan Noelle Slaughter was born on May 1, 1990 (though the year lacks credibility). She states her birthday falls on one of the sexiest days of the year. Due to this, she also ascribes herself as Beltane (a Gaelic May Day Festival) baby.

She though says of preferring to celebrate her birth anniversary on May 5 partly because her real birthday always happens in the middle of the week.

One other reason she prefers the 5th is the day is on the occasion of Cinco de Mayo, an annual celebration that commemorates the anniversary of Mexico’s victory over the French Empire at the Battle of Puebla in 1862.

Slaughter states it is her adopted birthday.

The now 30-plus-year-old mostly grew up in Miami, Florida. The eerie crystalline green contact lenses wearer is partly Nicaraguan and therefore is also fluent in Spanish.

Her mother is a devout Catholic and her biological father was Wiccan. When Susan’s mother remarried, she married a Buddhist.

Aside from her paranormal endeavors, the one who likes to call herself a death-defying witch also had aspirations for acting while growing up.

She, in fact, pursued her love for the dramatic arts on stage where not only did she excel in musical theatre but also in costume design and stage direction. While growing up, Slaughter admits she used to attend several rituals with her parents but she hasn’t mentioned of what sorts.

Slaughter has been traveling even before the start of her paranormal career which is something that she says she loves.

Susan Slaughter Is A College Dropout

Susan studied zoology in her younger years but left the subject to pursue theatre full time. While she is a former student of Miami Dade College, she, however, quit it even before graduating.

One of the reasons for that Susan says was because she was not getting any attention at all despite her doing school running costumes, makeup, stage, and lighting pretty much all by myself and getting ZERO recognition for all my efforts.

What Inspired Slaughter To Get Into The World Of Paranormality

Slaughter says her inspiration to get into the world of film and television spawned when she was still a child.

Since she was very young Susan apparently had always had a flair for theatre and drama. Growing up she always joined school clubs or would even start her own clubs around dance and theatre.

In an interview, Slaughter said she never really grew up with TV as most of the youth in America did. She instead had to watch TV or movies came when she was at a friend’s house which to her would always be a treat.

Ironically her mother tried to shelter her from watching horror films but being defiant in nature, she find the genre more appealing.

When Did Susan Start Her Paranormal Investigator Journey?

Susan Slaughter has been investigating the paranormal since 15. It was her father who gave Susan her first piece of equipment for her paranormal pursuits. It was a K II meter.

Alongside she would take her camera to the local spots. Slaughter’s intrigue with the horror genre stemmed from her own personal experiences with the paranormal.

She was experiencing phenomena pretty regularly as a child, throughout her teen years, and even now as an adult. Slaughter eventually needed to understand what these visions, orbs, and shadows were.

She henceforth joined her first professional paranormal team in her hometown in Miami when she was 19. Susan wrote a letter to a League of Paranormal investigators in Miami of South Florida.

The future paranormal activity hunter reached out to them and offered them her assistance in any way they saw fit and to her surprise, they responded and allowed her to join and help along with some investigations.

Recollecting those times, Susan once said she really enjoyed being around people who were totally different than herself, yet had something incredible in common.

More On Her Professional Career As A Supernatural Event Analyst

After League of Paranormal Investigators, Susan joined Ghost Hunter academy on the SyFy Channel, a spot which she had won on one of the ghost hunter shows. She started with Ghost Hunters right after quitting college.

She remained with them for three years during which she traveled over 38 countries investigating the paranormal.

As for now, she is a cast on Discovery Plus and Travel Channel’s Paranormal Caught On Camera. Susan also worked alongside Sarah French in the 2018 horror thriller film Ouija House.

Susan Slaughter Used To Cut Herself

For all that might seem controversial and taboo to conventional society, Slaughter admits she used to cut herself in middle school.

In an interview with Smartass Radio in Jul 2021, Susan talking about her old unusual habit said,

I used to be a cutter in middle school. Did so not because I was experiencing depression. I was rather into different forms of body art.

Slaughter explained her act of cutting herself was rather giving herself tattoos but with a different take instead of piercing the skin with needles and colors.

In the same interview, she also confessed to going through sub thermal piercing. Slaughter said this cutting deed of hers did attract a lot of criticism from the people.

She though has always maintained that in no way she was encouraging children to harm themselves. Slaughter insists she cut herself purely for spiritual and cultural purposes. Meanwhile, she revealed the longest tattoo session she has been in was six hours.

Speaking of her tattoos, she also has a drawing of a phoenix across the right side of her torso. Some of her other notable Tattoos are:

Susan Has A Boyfriend

The actor/witchcraft expert Susan Slaughter is currently in a relationship with Carlos Ramirez a guitarist for Head Crusher Music and Internal Suffering 333. Slaughter and Ramirez apparently met in June 2018 somewhere in the high desert of California.

However, as per one of the Instagram posts of Slaughter, the couple didn’t start dating until Oct 2018. The investigator who likes to don the youthened appearance had first introduced her boyfriend Ramirez to her Insta followers in January 2019.

The post includes images of her and her partner enjoying their hike around Cocora Valley, Colombia. The pair appears they are yet to get married or even engaged.

How Does Susan Slaughter Make Money From Her Career; What Is Her Net Worth?

The issue at point might be a bit of a knotty contention to deal with considering the known fact that there are no definite takeaways for investigators such as Slaughter in her line of profession.

Even Susan herself has admitted it was a while before she started making money out of her career as a supernatural hunter.

What though can be a safe bet is Slaughter is very much likely to have a net worth of an average reality show star. As such supernormal investigators reportedly earn their living through networks and the shows they appear in.

Though the unsettling teaser that will be on the extant for a while nonetheless is the metrics of her to-date financial gains or her wealth from what she has been doing.