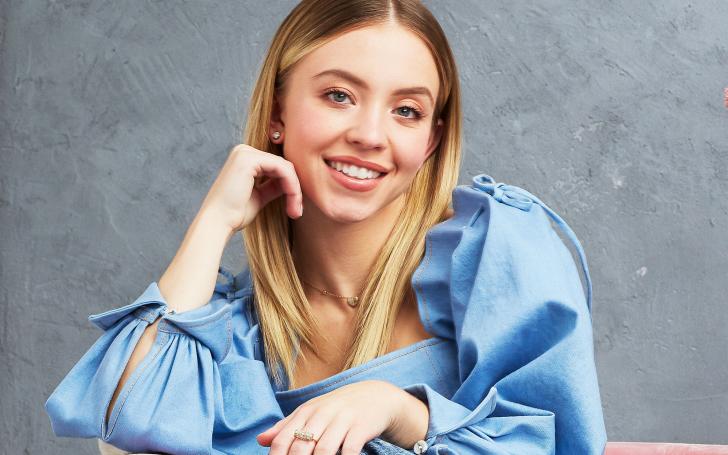 Famous for her work in Euphoria and The Handmaid’s Tale, Sydney Sweeney currently sits atop all the young actors right now in the industry. She also played in the super-hit movie Once Upon a Time in Hollywood, starring Leonardo DiCaprio and Brad Pitt.

Her upbringing was one of the factors that led to her success. Let’s talk about her family life and more here today!

Who are Sydney Sweeney’s Parents?

Sydney comes from a family of professionals. Her mother, Lisa Ann Sweeney, is an attorney in Spokane, Washington, whereas her dad, Scott Sweeney, is in the medical field.

Currently, her mom is the CEO of SBC Holdings, LLC, and has been working there since August 2018.

She is the first child of Lisa and Scott. They share a son named Trent Sweeney who is also an actor. He appeared in  A Thousand Years of Good Prayers.

Besides, Sydney did her middle schooling at Saint George’s private school before making her big move to Los Angeles to further her career. But despite her busy career, Sydney knew education is an essential aspect of life.

Therefore, she continued her education and even graduated as a valedictorian. Afterward, she enrolled in a college and started studying business. She generally studies online because of her other commitments.

Sydney Sweeney Career: Convinced Her Parents with a Business Plan

It might sound hard to believe, but Sydney’s parents being involved in lucrative professions wanted the same for their daughter, to begin with. Growing up, she was never allowed to skip school, let alone go for an audition.

She even thought of becoming a mathematician one day until an indie flick came to her small town, and they opened auditions for the local talents. Sydney being into acting, decided to convince her parents.

Given her parent’s sternness regarding education, she decided to create a five-year business plan power-point presentation to her mom and dad. Something which an ordinary 11-year-old won’t ever think of doing!

And what do you know, her plan worked. Her mother then took Sydney for her first audition.

The 22-year-old made her debut in 2009 with the series, Criminal Minds. After a series of small-time roles, she got her first big break in 2018 after she appeared in The Handmaid’s Tale as Eden Spencer. For the part, she got the nomination for Screen Actors Guild Award.

Beyond that, in 2019, she got a role in Quentin Tarantino‘s flick, Once Upon a Time in Hollywood. In the award-winning movie, she played Dianne “Snake” Lake. Many film critics suggested she is a natural-born star.

In addition, she is portraying Cassie Howard in the series, Euphoria since 2019. According to Sydney, she felt empowered while working in the series.

Take a look at how Sydney felt empowered on the set of Euphoria!

How much is Sydney Sweeney Net Worth?

As of 2020, her net worth stands at around $1 million. Her fortune is sure to grow exponentially later on.

Well, considering her exceptional and impeccable career, there is no doubt Sydney will one day become one of the richest actresses, if not actors.

Sydney is currently single, according to the books. Her nature of holding back on her dating life has made it quite hard to know about her relationship status.

Since 2018, she is reportedly dating a guy named Jonathan Davino. He is one of the heirs to Pompei‘ Pizza.

The supposed couple made their first public appearance at an InStyle event. Subsequently, the paparazzi spotted Sydney getting affectionate with Jonathan at his birthday party in Chicago.

Till now, there is no news about Sydney and Jonathan’s break-up. What’s more, she even visited Amalfi Coast with a friend last year, a coast where generally only couples hang out. And to put the final nail in the coffin, Sydney also had a fun-filled beach date with her boyfriend Jonathan back in November 2020.

Besides, actor Diego Tinoco added a flirty remark on one of her Instagram posts leading many to believe that he might be tryna’ hit on the blonde.

Untold Truth of Jonathan Davino, The Boyfriend of Sydney Sweeney

Who is Sydney Sweeney Dating? An Actor Once Flirted With Her on Instagram