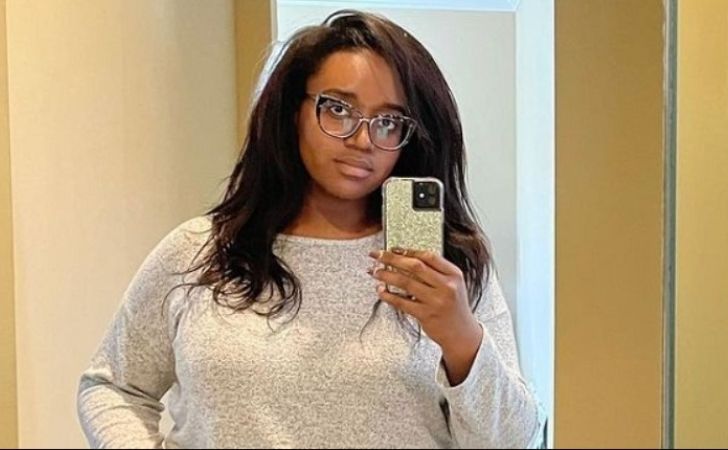 Taahirah O’Neal is a social media analyst and a philanthropic worker who is better known as the daughter of the NBA Hall Of Fame, Shaquille O’Neal, and his first wife, Arnetta Yardbourgh. Shaq’s daughter, Taahirah O’Neal, turns out, is academically adept and has also managed to build quite an impressive resume on her own.

Taahirah’s relationship with Shaquille is seemingly a pleasant one; the former center is evidently fond of her and while she appears on his social media feeds now, and then, it is his actions that have proven his love for her.

The recent college graduate, Taahirah also loves her father just as much and also posts his pictures via social media. She often commemorates him with his pictures on his birthdays and others.

Shaq is also one good father for being ever-present for his kids – he makes sure he never misses any of their achievements. The 7’1″ values family over everything now that he’s done with his playing career. Know more about the father-daughter relationship in the details below with predominant highlights on Taahirah O’Neal.

Taahirah O’Neal Is A Florida-Born

The first child of Shaquille O’Neal and his ex-wife, Arnetta Yardbourgh, Taahira O’Neal was born on July 19, 1996, in Orlando, Florida.

The now 25 years old Taahira, however, mostly grew up in Texas.

Taahirah O’Neal Graduated Top Of Her Class; Her Father Made A Speech At The Ceremony

In fact, when she graduated from Oglethorpe with a top GPA, her ex-NBA star father flew all the way to Atlanta to be there for the event.

In one of the episode’s footage shared on TNT’s youtube page, one can see Shaq arriving at the Oglethorpe University’s Atlanta campus to celebrate his first-born’s accomplishment. The reason for Taahira’s achievement in education is reportedly because of her shared passion for education with her father.

The now sports analyst, himself went back to school after leaving Louisiana State University prematurely for the NBA. Upon his return, Shaq earned his bachelor’s degree, a master’s degree, and a doctorate in education.

The eldest daughter of Shaq, Taahira currently works at PepsiCo. as a social media/Communications Associate analyst. She further is a part-time social media assistant at her father’s entertainment company Mine O Mine, says her LinkedIn.

Aside from that, she is also passionate about philanthropy and the concept of helping those who require it. Taahira gives her support to several charities and sponsors a project that creates awareness for young people.

She additionally encourages them to also engage in philanthropy. Taahirah apparently has worked with non-profit groups like The Trevor Project, Texas Children’s Hospital, and Black Women’s Health Imperative to try to make a difference.

The ex-NBA Champion’s daughter also leads another such project, Pepsi’s Stronger Together initiative. She mostly conducts her philanthropic activities from Texas, where she also resides.

Taahirah, in interviews, has been very candid about how she desires a life outside her father’s large shadow despite their closeness. She has also stated how she is always hoping his success does not determine what hers would be. Tahirah, nonetheless, admits even though she wouldn’t want the success of her parents to outshine her, she was fortunate to have them.

Taahirah’s Mother Is A Businesswoman; Her Parents’ Relationship

Well, Taahirah O’Neal mother and Shaq’s first wife, Arnetta Yardbourgh, is a businesswoman, and like her daughter, she is a philanthropist who also grew up in Houston, Texas.

The Florida-born Taahirah’s parents, Arnetta and Shaq started their relationship in 1992.

The former couple was on the verge of marrying each other until their relationship came to an abrupt end with Arnetta’s refusal to sign a prenuptial agreement.

Although they parted ways, Arnetta and Shaquille went on to co-parent their daughter, Taahirah. Well, she mostly lives with her mom in Houston, Texas.

She, however, doesn’t leave her father out as she is very present in his life as well. The Oglethorpe University graduate goes all out for him and supports every one of his endeavors. As a supporter of everything charitable, Taahirah also supports community events and charities under the guidance of her father.

After ending things with Taahirah’s mother, Arnetta, Shaq went on to marry Shaunie O’Neal, a reality TV star. They married in 2002 but would divorce nine years later in 2011. When they were still husband and wife, Shaq and Shaunie became parents to four children: Shareef, Amirah, Shaqir, & Me’arah.

Shaq’s ex-wife, Shaunie also has a son, Myles from a previous relationship whom the Newark-born after starting a relationship with Shaunie raised as his own. The three-Finals MVP, Shaquille, and Shaunie separated in 2009 but maintain a close relationship as they strive to co-parent their kids peacefully.

Shaquille, once in an interview, revealed that it was he who was responsible for his divorce from ex-wife Shaunie O’Neal. He said it was “all” on him as he “wasn’t protecting her.” After Shaunie, Shaq allegedly dated ABC daytime soap opera General Hospital actress, Annie Ilonzeh. It, however, is unclear if Ilionzeh is still Shaq’s girlfriend.

She is also a step-sister to Myles, her father’s ex-wife, Shaunie’s son from her own previous relationship. Taahirah’s half-brother, Shareef is also a professional basketball player who until 2022 played for Louisiana State University. Before that, he played for the University of California, Los Angeles during the 2019-2020 season.

Shaq’s daughter with Shaunie, Amirah O’Neal is also a college athlete, playing basketball for Texas Southern University. Taahirah’s other half-brother, Shaqir O’Neal, too, is a basketball player playing for TSU.

Shaunie and Shaq’s other daughter, Me’arah O’Neal is a high school student who already has offers from colleges like UCLA, TCU, Virginia, and Howard University, per her Instagram. She reportedly stands six-foot-three inches tall with a shoe size of 11. Shaq’s adopted son, Myles is on the entertainment front, he is a musician and model who has graced TV screens and walked runways since he was young.

The allegedly six-foot-three inches tall, Myles, at 21, also made his fashion show debut when he walked in Dolce & Gabbana’s Spring 2018 runway show during Milan Fashion Week.

Is Taahirah O’Neal Going To Inherit From Shaq’s Net Worth?

While Taahirah’s father, Shaquille O’Neal may have made business moves that garnered him a $400 million net worth, that doesn’t mean his kids will automatically be given the keys to the massive wealth.

And this presumably is also for Taahirah. Shaq, in several interviews, has made it clear that he is making his children work hard for their money. He has also said to them that just because he’s rich, doesn’t mean they’re rich.

While talking about this decision of his with the Atlanta Black Star in July 2021, the ex-La Lakers 36, said,

“My kids are older now. They kinda upset with me. Not really upset, but they don’t understand. I tell them all the time. We ain’t rich. I’m rich.”

The legendary basketball player does have no plans to share his wealth with his kids and has stated they have to work hard for their own.

The NBA Hall Of Fame, however, has said if his children want financial support from him, they have to be willing to follow a code of ethics and a lifestyle that he lays down for them.

And if the ex-Miami Heat player’s children fail to follow his beliefs, they get nothing.

Shaq in an interview said his children got to have bachelor’s or master’s [degrees] and then if they want their father to invest in one of their companies, they’re going to have to present it, “boom boom boom, bring it to me.” The New Jersey-born has said education is a must.

And he apparently doesn’t care what their professions are. Fortunately, the children of Shaquille O’Neal especially Taahirah seem to be holding their own when it comes to their professional lives. Taahirah’s father, Mr. O’Neal was fabulously wealthy when he retired from basketball.

And over the years, his net worth has only increased, thanks to his business dealings. Sources agree Shaq’s net worth in 2022 reportedly sits above $400million. In addition to his investments, he allegedly earns a salary of around $60 million yearly, solely from his endorsement deals.

Shaq Has Allowed His Daughter, Taahirah To Remain At His House As Long As She Wants

Taahirah as per Shaq himself can stay with her former NBA father as long as she wants. This, the father of six revealed himself in an interview with The Pivot Podcast in April 2022.

In fact, this provision is for all of his daughters but not for his sons. While talking on The Pivot Podcast, Taahirah’s father discussed the leniency he has for his three daughters versus his three sons.

For his sons, Shaq said they are out on their own once they turn 18, but his daughters don’t have an expiration date of when to leave home. The Sacramento Kings minor owner says he likes his girls a little bit better. The rule doesn’t apply to sons because he believes as a man, his sons have to protect, provide and love their women.

“You know how boys are. My boys, you bring something in front of them, and they’re gone. I tell my boys when y’all get 18 you all got to go. Girls can stay as long as they want.

Does Taahirah O’Neal Have A Boyfriend?

While it is unclear who she is dating in the present, there is a bit of a story with respect to this matter of Taahirah. Back in Jan 2020, her father, Shaq had talked about a rule for his daughters about dating.

In an interview with US Weekly, the ex-Orlando Magic player revealed his daughters including Taahirah had age restrictions when it comes to relationships. He, at the time, said:

Shaquille had also added how he was positive that none of his daughters broke the rule. Though, now that Taahirah is 25, it nonetheless is no less than a thriller about who her boyfriend/ partner is or even if she has one in the first place.

Is Taahirah On Social Media?