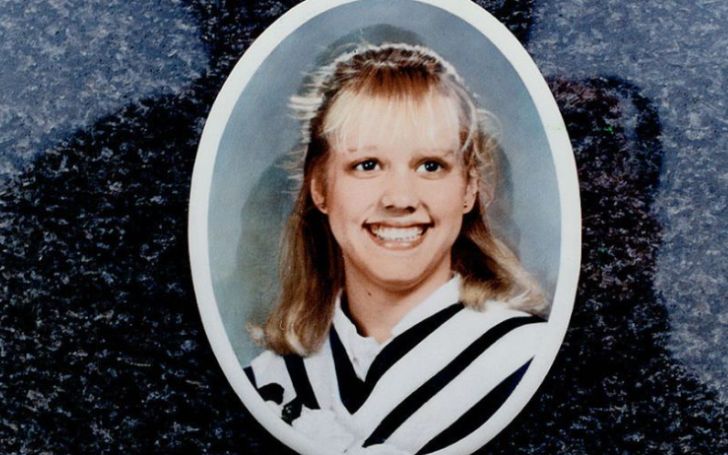 Tammy Homolka was a 15-year-old soccer-loving teen, who was killed at the hands of her own sister. Can you guess who her killer was? Karla Homolka, the most notorious serial killer from Canada is the elder sister/killer of Tammy.

Tammy was the first ever victim of Karla and her then “partner in crime,” Paul Bernardo. Along with her, the “Ken and Barbie Killers” are guilty of kidnapping, rape, and murder of two other minors. For almost 2 years, the unordinary couple was the nightmare of young girls in Canada. Many saved themselves, but unfortunately, young Tammy could not.

Therefore, in this article, we will dive deep into the short life that Tammy Homolka lived. So, who was Tammy? And what is the story behind her death? Let’s find out together!

Tammy Homolka was born on 1st January 1975 in the town of Mississauga, Ontario, Canada. Her father, Karel Homolka, a Czechoslovakian immigrant, used to work as a traveling salesman. Similarly, her mother, Dorothy Seger Homolka is a Canadian native and had a job in a geriatric clinic.

Homolka spent most of her childhood in Port Credit. There, she grew up in a well-adjusted family with 2 other siblings. Karla Homolka and Logan Valentini are her older sisters.

From a very young age, Tammy loved sports and was known around her hometown for her athletic abilities. In school, she participated in different kinds of sports, including track and field, cross-country running, and soccer. Soccer was her favorite.

Before her death in 1990, Tammy Homolka was a grade 10 student at Sir Winston Churchill Secondary School in St. Catharines.

Tammy Homolks’s Life Was Sacrificed By Her Own Sister; The Story Of “Ken And Barbie Killers”

As mentioned, Tammy was the younger sister of Canada’s most hated woman, Karla Homolka. She is also known as the “Witch of Ontario” who apparently, sacrificed her own sister’s life just for the sake of making her lover happy. So, what led “Barbie” to commit such a horrendous act?

Karla met her then-partner Paul Bernardo (“Ken”/ “The Scarborough Rapist”) when she was just 17 years old. The two hit it off immediately and started dating. However, Bernardo wasn’t a typical, loving boyfriend – he was physically, mentally, and verbally abusive toward his girlfriend. Despite this, Homolka didn’t leave him and submitted almost 4 years to this awful man.

From the very beginning of their relationship, Karla noticed Paul being drawn toward her 15-year-old sister. Even more so, during intimacy, he would make her pretend to be Tammy.

So, What Actually Led to Tammy’s Death?

On 24th December 1990, Tammy became the couple’s first victim. On the day of the horrific incident, Karla stole a bunch of sedatives from her place of work. She mixed the medicine in 15-year-old Tammy’s food, and later that night, offered her own sister as a “Christmas present” to her lover, Bernardo.

While talking to police of Paul’s fascination with her sister Tammy, Karla said,

“He talked about how he really liked her and how she was getting really cute.”

She also explained how she agreed with his partner’s dreadful decision,

The whole incident took place in Homolka’s basement. Paul repeatedly raped young Tammy, while her sister held a halothane-soaked cloth on her mouth to keep her unconscious. Soon enough, she passed away, choking on her own vomit. They even taped the whole horrific act on a video camera.

Sadly, Tammy’s death was labeled as an accident because no one detected any drugs from her system during the autopsy. However, years later, in 1993, the case was reopened.

The death of Karla’s younger sister was just the beginning of something much more twisted. Moreover, it was the start of “Barbie’s” serial killing journey with her so-called “Ken.”

Leslie Mahaffy and Kristien French were also two minors, 14 and 15 years of age, killed at the hands of Karla and Paul. These young girls were abducted, sedated, raped, and murdered by the couple around 1991-1992. In addition, Leslie was dismembered and thrown away, while Kristen was tortured for days before being killed.

Furthermore, besides them, the notorious ex-couple had another victim who escaped them twice. Jane Doe (her original name not given) was sedated and raped by Homolka and Bernardo two times but didn’t face death.

Karla’s punishment for the abduction, rape, and murder of 3 minors, including her own sister was named “The Worst Plea Deal in Canadian History.” She apparently surrendered herself and faced a lesser legal sentence. Shockingly, she wasn’t punished for the murder of Tammy, but only taken in on the charges of the manslaughter of two other girls.

According to this convicted killer, she was the victim of Paul Bernardo. Dailymail also recently came up with an article where they covered Homolka’s point of view towards all the murders. Apparently, she was forced by Paul to have intimate relations with the victims, including her 15-year-old sister. Even more so, she has said that he would point knives at her or threaten to kill her if she didn’t do as he said.

Therefore, after listening to Karla’s side of the story, the prosecutors gave her two choices – either to testify against Bernardo and face 12 years imprisonment for the murder of two minors, or face complete charges for the abduction, rape, and murder of 3 young girls. She chose the first option and spent 12 years at Ontario’s Kingston Prison for Women till 2005.

Tammy Rests In Peace While Her Sister Is Living Her Life

It is saddening that Tammy was murdered at just the age of 15. Tammy Homolka had such a great life ahead of her but, unfortunately, died at a very young age. Today, she rests peacefully at Victoria Lawn Cemetery in St. Catharines, Ontario.

On the contrary, her sister, Karla Homolka is a free bird today. After her release in 2005, she got married to her long-time lover, Thierry Bordelais – the brother of her defense attorney. She is also the mother of 3 children, 2 sons, and a daughter, and volunteers at their school.