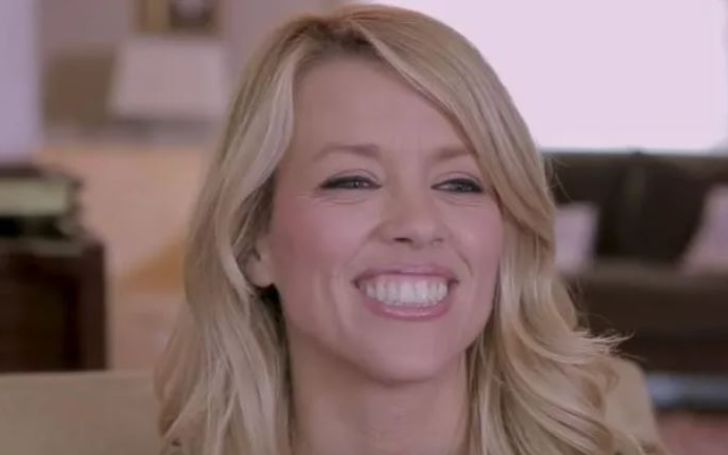 Tara Blake is a social activist, political personality, and an active fundraiser for the families of fallen service members. Blake though is better known as the wife of Texas Republican representative Dan Crenshaw.

Tara’s husband, Dan Crenshaw is currently serving as the United States representative for Texas’s 2nd congressional district since 2019. Crenshaw is also a former United States Navy SEAL who served on SEAL Team 3 in the War in Afghanistan, reaching the rank of lieutenant commander.

Blake and her husband, Crenshaw, who people often recognize as a politician with an eye patch wearer, have been together since the early 2010s. Tara has been a strong aide personally and professionally to her war hero politician husband for years.

Scroll down to know more about how advantageous Blake has been to her spouse, Dan Crenshaw whilst browsing through all about her origins, her line of work, and extras.

Tara, who was born, Tara M. Blake in April 1983, comes from a Navy family; both her father and brother served in the Navy. Her father is Vice Admiral John Terence Blake who retired in 2013 after 37 years in the United States Navy.

Mrs. Crenshaw’s mother, Nan Connelly Blake, on the other hand, a native of Crofton Maryland, is a University of Maryland graduate. Blake has two younger siblings, Erin, Pennsylvania State University, and John Terence JT, Arundel High School. Tara being from a military family grew up cruising around the world.

Much like her mother, Tara is also a graduate of the University of Maryland. Before meeting her husband, Dan, Tara was a dental hygienist in California. Blake now mostly engages herself in helping raise funds to help families of fallen service members as well as suicide prevention.

Tara Met Her Husband, Dan Crenshaw In Coronado, California At A Friend’s House

Tara met her future husband, Dan in Coronado, CA. At the time, Crenshaw had just reported himself to SEAL training in Coronado following his graduation. Blake, on the other hand, was a dental hygienist in California.

It was at one of Tara’s friends’ homes where she met Dan while he was serving as a Navy SEAL.

Blake’s friend introduced her to the future congressman. After that, they were friends for quite a while.

In the beginning, Dan would come to Blake’s residence in California and he would hang out with her parents; in fact, Crenshaw had become good friends with Tara’s father. Remembering the first time she met Dan, Tara said,

“He was very witty and had a dry sense of humor. It took me a while to say yes to a date.”

Blake says halfway through their first date, she knew Dan was her guy. The wife describes her war hero husband as a very thoughtful guy one who apparently never misses making his partner’s birthdays special.

Dan and Tara married each other on April 1, 2013, in Coronado, California. The wedding took place just over a year after Dan’s life-changing injury.

Three years after the marriage, Dan and Tara moved to Massachusetts in 2016 where Dan attended Harvard. The Blake-Crenshaw couple is yet to have children. The now 39 years old Tara, though, has two godchildren whose pictures she often shares on her Instagram.

Originally from the Houston area, Tara’s partner, Rep. Dan Crenshaw is a 6th-generation Texan. From an early age, Dan had aspirations of serving his country with the most elite fighting force in history: the U.S. Navy SEALs.

Crenshaw’s father’s career in the Texas oil and gas industry moved his family all over the world, including Ecuador and Colombia, where he attended high school. As a result, Blake’s spouse, Dan is fluent in Spanish.

In 2006, Dan graduated from Tufts University. There he earned his Naval officer commission through Navy ROTC. After graduating from SEAL training, Dan deployed to Fallujah, Iraq to join SEAL Team Three. It was his first of five deployments overseas.

Dan’s life would take a new turn on his third deployment in 2012. After six months of combat operations, he was at the receiving end of an IED blast during a mission in Helmand province, Afghanistan.

His team evacuated him and after awaking from his medically induced coma, Dan learned his right eye had been destroyed in the blast, and his left eye endured huge damage.

Dan was completely blind and the doctors did not believe Tara’s spouse would ever have his vision back. Tara stood by him every day and night, apparently keeping faith and praying he would see him again.

After several difficult surgeries and months of fighting a tough diagnosis, Dan eventually regained sight in his left eye. His surgeon recalls the resurgence as no less than a miracle.

Blake’s Spouse Refused To Leave The Seal Despite His Injury

After gaining his part vision, Tara’s husband refused to quit the Navy and went on to deploy twice more. He first went back to the Middle East in 2014 and then to South Korea in 2016.

The SEAL teams medically retired Dan in September of 2016 as a Lieutenant Commander after he had served ten years in the team. Blake’s spouse left service with two Bronze Stars (one with Valor), the Purple Heart, & the Navy Commendation Medal with Valor, among others.

Tara and her spouse, Dan decided to be in the congress after they witnessed the devastation of Hurricane Harvey in Houston, Texas in Aug 2017. Crenshaw had just completed his Master’s in Public Administration at the Harvard Kennedy School of Government following his departure from the SEAL.

Dan then returned to Houston, where Hurricane Harvey had just hit his community.

The storm brought devastation the region had never seen. Blake’s partner spent his time volunteering in areas of Katy, helping his neighbors recover from the damage.

The US representative saw first-hand the unthinkable losses that Texas suffered. He then decided to do more for his community.

It was after that, that Dan and Tara decided the best way to serve the people of Texas would be in elected office. So, in November 2018, Dan managed to get himself in Texas’s Second Congressional District.

Both Dan and his wife, Tara Blake believe in service before self and understands that there is no higher calling than service to the American people.

Did Tara Really Try To Tamper The Phone Of Her Husband’s Interviewer?

In Aug 2019, Crenshaw’s wife, Tara allegedly stole a phone from an activist to delete a gun control rant by her husband. The incident reportedly took place when Dan was holding an Ask Me Anything event in Houston, TX where a random man suddenly confronted him about his support of red flag gun control.

To his questioner, Dan told although he does not support any red flag laws, he would theoretically support a red flag law to deprive US citizens of their firearm rights if it meets his standards. In the meantime a different pro-gun activist also the friend of the questioner was filming all these but seemingly badgering him with an angry mood was Dan’s wife, Tara Blake.

After Dan had given all his thoughts, he tried to walk away from the questioning.  And that was when someone (presumably Tara) can be seen grabbing at the videographer’s phone in an attempt to trash out what he had just recorded. The man who questioned the Afghan hero later went to the internet through a video where he accused Tara of snatching his phone and trying to delete the video just when he was trying to look at what his friend had shot.

In the video, he claims Crenshaw’s wife mistakenly thought she had scrapped the video and then handled back the phone to him. But the social activist was never able to remove it. The questioner says he also tried to file a complaint against Tara but the police refused to do so after Dan’s objections.