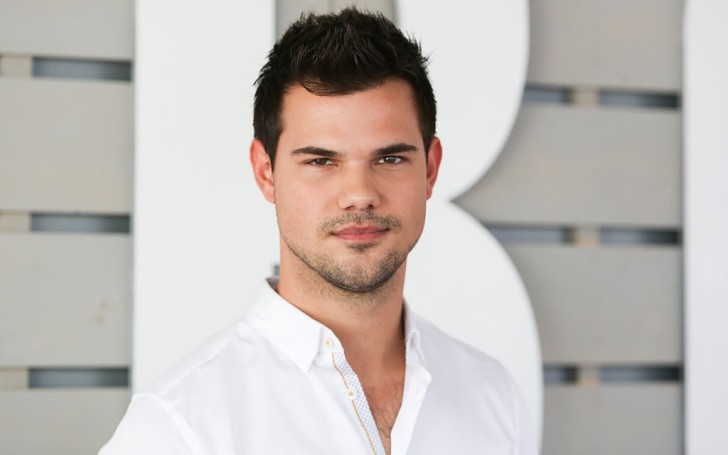 Actor Taylor Lautner dated a number of Hollywood stars from Lily Collins to Selena Gomez. However, he never seemed to be committed to any of his past girlfriends. But the Twilight star has now found a perfect partner for him.

So, who is Lautner’s current girlfriend? Is she also an actor? Let’s check out.

Who is Taylor Lautner Dating in 2020?

Well, if you are an ardent follower of Lautner, you perhaps already know who he is dating currently. He has been sharing his photos with his current girlfriend on social media for long. And her name is Taylor Dome-she goes by Tay Dome on social media.

The lovebirds confirmed their relationship through their respective Instagram posts in October 2018.

Back then, Lautner shared a photo with his new girlfriend Taylor dressed up as members of the Tune Squad. In the photo, Dome closed her eyes as her boyfriend kissed her in the cheek.

On the other hand, Dome shared a similar photo on her Instagram confirming their relationship. “Happy Halloweekend,” she wrote in the caption.

Meanwhile, in mid-September 2018, Taylor had hinted their relationship posting a photo on her Instagram in which Lautner can be seen kissing his lady love Taylor in the cheek. She wrote alongside the post as: “ITS WEDDING SZN (Not ours tho hehe).”

According to E! News, they both had attended Stagecoach Country Music Festival in April, however, they haven’t revealed if they had known each other by then.

Taylor Dome is a nurse. She graduated from Nursing School in December 2019. After her graduation, Lautner took to his Instagram expressing his happiness on her achievement. He wrote: “I couldn’t be more proud” in the caption. Here is the post:

This angel just graduated Nursing School and I couldn’t be more proud. I’ve seen the ups and downs, the tears and joy the last two years has brought you and I truly do not know how you do it. You have the worlds largest heart and I’m so thankful to have you in my life. Love you @taydome

Dome is also a friend with Lautner’s sister Makena Lautner. Some sources reported Makena and Dome known each other before the latter met Lautner. Furthermore, Dome had also reached hospital alongside her beau when Makena underwent her second heart surgery.

Taylor Lautner’ Past Relationships and Rumors

Before Lautner found his current lover Dome, he dated nearly had many celebrity girlfriends. However, his first relationship was with his high school friend, Sara Hicks. The pair dated during their high school days and broke up during the same time.

Years later, Hicks appeared together with Lautner in 2013 when they went to watch the LA Lakers game. Hicks is a married woman and has two cute daughters as of now.

After that, he had flings with the stars like Selena Gomez, Taylor Swift, and Maika Monroe before he found Lily Collins. The pair befriended during the shooting of their 2011 movie Abduction.

They dated quietly for months before the media speculated them to be an item. After dating for some months they amicably decided to end their relationship in 2011.

After around a couple of years, Lautner met actress Marie Avgeropoulos on the set of 2013 movie Tracers. They became close soon and started going out together. Lautner and Avgeropoulos shared their intimacy for a couple of months before they broke up in early 2015.

Besides, Lautner was also rumored to be dating actress Raina Lawson and Ashley Benson.