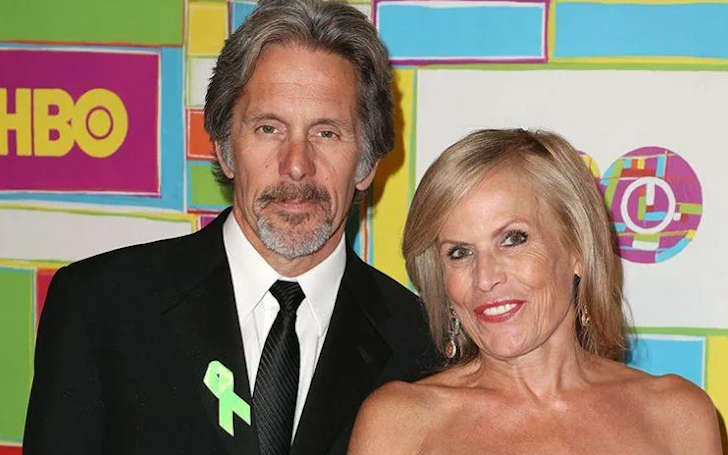 Teddi Siddall, also known as Theodora Siddall was an American writer and actress who is most well-known for her appearances in the television sitcom Grey’s Anatomy. Besides, Siddall is also popular for her work in the TV series Wings, LA Law, Happy Days, and Hill Street Blues among others.

Besides her acting, Siddall also gained attention for her love life as she married famous actor Gary Cole. The couple remained married to each other for more than two decades before they called it quits back in 2017. But, they weren’t divorced officially as Siddall died in 2018. Well, what was the reason behind their separation? How did Teddi Siddall die?

Today, we are here to talk in detail about the late actress Siddall. Keep on reading till the end to know interesting facts about her.

Teddi Siddall Early Life – Who were Her Parents?

Siddall was born Theodora P. Siddall in Evanston, Illinois on August 12, 1953. She was an American by nationality and she belonged to the Caucasian ethnicity. Meanwhile, as far as her parents’ details are concerned, she never revealed their identity in the public.

Moreover, talking about her educational background, she graduated from Woodward High School in Cincinnati, Ohio in 1971. After that, she earned her bachelor’s degree from the University of Cincinnati – College-Conservatory of Music.

Teddi Siddall started her acting career in her early 20s. According to Wikipedia, she made her acting debut on a television show called Happy Days in 1974. She played a small role in the Ron Howard and Marison Ross starring show. Her second acting role came a few years later in 1979 when she made her appearance in the TV series Buck Rogers.

Likewise, Siddall’s first movie role came in the 1980’s The Pleasure Palace. The same year, she portrayed Jill in the movie Fade to Black. Teddi didn’t have a stellar acting career, but she still did a good job as an actress.

Siddall’s notable film roles came in Prizzi’s Honor, and Forever Strong and Siddall’s well-known television roles came in LA Law, Grey’s Anatomy, Hill Street Blues, and Wings among others. One of her last acting works came in the TV series, Grey’s Anatomy in which she portrayed the character of Anne.

Teddi Siddall was Married Twice – She Had One Daughter

Many of us know well that Siddall was married for more than two decades to actor Gary Cole. However, not many of us know she was previously married and divorced. Yes, you read that right! She was first married to a man named Ronald Castro. According to IMDb, the then-lovebirds tied the knot on August 5, 1977, in a private wedding attended by their close friends and family.

There isn’t much detail about Siddall’s first marriage on the internet. They didn’t have any kids before parting ways. Meanwhile, it isn’t clear when Siddall and Castro divorced officially.

As obvious it is, Teddi married actor Gary Cole as her second husband on March 8, 1992. As reported, the former husband-and-wife first met on the sets of the television series Midnight Caller in 1988. They hit it off soon and started dating each other secretly at the time.

Teddi and Gary gave birth to a daughter, Mary Cole in 1993, a year after they got married.

Her Daughter Mary Suffered From Autism

Actor Gary Cole revealed in a 2009 interview with WebMD that his daughter, Mary was diagnosed with autism in 1995. He also revealed that his then-wife, Siddall was the one who noticed something different in their child before she turned 2 and they started their daughter on therapies.

“Mary didn’t process information like you or I do, and did not pick up on social cues,” said Cole. Mary, however, successfully attended schools in Studio City, California with the help of a personal aide. As per the website, Mary went to a special learning facility run by The Help for her high school.

Teddi Siddall Filed For Divorce Shortly Before Her Death – What was the Reason?

More than twenty-five years after tying the knot, actress, and writer, Teddi Siddall filed for divorce from her then-husband, Gary Cole in August 2017. The divorce papers filed in the court showed their separation date as of February 8, 2015, TMZ reported.

In the filing, Siddall was seeking spousal support and additional support for their daughter Mary who was 24 at the time. There is no report on the cause of their separation, however, it is believed to be the irreconcilable differences between the couple.

Even though the divorce was filed officially, the former husband and wife couldn’t finalize their divorce because of Siddall’s untimely demise.

Teddi Siddall’s Death – What was the Cause of Her Death?

Teddi was found dead at her residence in Studio City, California on February 4, 2018. But the reason for her death was not made public.

Her Ex-Husband, Gary Cole Remarried in 2021

In her Instagram bio, Michelle introduces herself as interior designer, artist, and model. As of June 2022, Knapp has 530 followers on her Instagram where she has shared more than 630 posts.

A Short Biography of Him

Talking about Gary Cole’s early life, he was born in Park Ridge, Illinois in September 1956 and he grew up in nearby Rolling Meadows. Born one of the two children of parents Robert Cole and Margaret Cole, Gary made his acting debut as Snoopy in a high school musical, You’re a Good Man, Charlie Brown while attending Rolling Meadows High School.

Later on, Gary went on to study theater at Illinois State University. He officially started his professional acting career as a theater actor in the mid-1980s. During the late 1980s, Gary became famous for portraying Jack Killian in the television series Midnight Caller. Meanwhile, one of his most well-known roles came in 1999 when he portrayed a sadistic office supervisor Bill Lumbergh in the movie Office Space.

Besides all the fame he has garnered from his acting career, Gary Cole has also earned well from it. As of 2022, his net worth is estimated at $5 million.