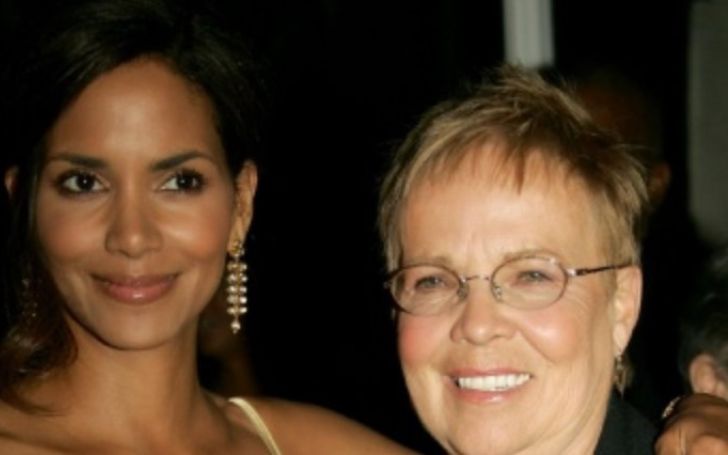 Judith Ann Hawkins is a former psychiatric nurse who worked for the Cleveland VA hospital for a couple of decades. She is also the mother to a famous actress, Halle Berry who also became one of the highest-paid actresses in Hollywood during the 2000s. Her daughter Halle is better known for her role in movies like Boomerang, featuring Eddie Murphy, The Flintstones, and more.

Although being a mother to an established model and actress, Judith herself did not have an impressive life. She had several ups and downs throughout her life but still managed to give her best. Besides, people are also curious to know who is Judith’s husband. Was her hubby really abusive to her?

Let’s find out all the answers to your questions in the following article!

Judith was born in 1939 in Sawley Derbyshire, England but grew up in Elyria, Ohio which, although, was after she arrived in the states at 10. She is 83 years old as of the year 2022. Some reports, however, suggest Judith Ann Hawkins is Liverpool-born, where most of her family also came from.

Talking about her parents, Hawkins was born to her father Earl Ellsworth Hawkins and her mom Nellie Dicken. Her father Earl was a captain of the Elyria Police Department and once also oversaw the detective bureau.

Besides, Judith’s mother, Nellie was from Shardlow, Derbyshire, England. Also, Hawkins apparently still has some relatives in Liverpool, England. In addition, her paternal grandmother was born in Bavaria Germany.

As for her ethnic background, Hawkins belonged to a mix-ethnic family. She has ethnicities ranging from English, some German, Irish, and distant Dutch.

Was A Homecoming Queen At High School

Judith was a cheerleader as well as the homecoming queen during high school. She is a 1957 graduate of Elyria High. After high school, Hawkins went to MB School Of Nursing to study nursing course.

What Does Halle Berry’s Mother Judith Ann Hawkins Do? Is A Former Nurse

Liverpool-born Judith served at the Cleveland VA hospital as a psychiatric nurse for more than three decades. Before that, she worked for one year at Elyria Memorial Hospital.

While Judith has long said goodbye to her nursing career, it is quite unclear what she does in the present. She is also an absentee on social media and even her famous daughter has talked about her only on a few occasions.

However back in 2013, Judith in a piece said that she was living a retired life at the Shore Of Lake Erie, Ohio.

Judith was previously married to her ex-husband Jerome Jesse Berry. As for their first meeting, the two came across while both of them were working at the Cleveland VA hospital. Her then-spouse Jerome joined a psychiatric institution as a Porter in Cleveland, where Ann worked as a nurse.

Did you know the fact that the two belonged to two different races? Despite being a bi-racial couple, they hit it off instantly and exchanged their vows in the early 1960s.

After their marriage, Judith and her former spouse gave birth to two children, Heidi Berry and Halle Berry. Their first child Heidi was born on October 6, 1964, whereas Halle was born on August 14, 1966.

In fact, Judith was Jerome’s second wife. He was previously married to Edwina Taylor and they had a daughter, Renne.

Judith Ann Hawkins’ Husband Was Abusive To Her: Their Divorce

Hawkins and her former spouse Jerome were having a good life with their children during the early years of their marriage. However, four years after the couple welcomed their second child, the ex-couple started having problems. The main reason for the problem was Jerome’s violent behavior towards Judith.

Even, her daughter Halle once opened up about her father being abusive toward her mother. She mentioned that she still recalls her mother being beaten daily, kicked from the stairs, and hit in the head with a wine bottle by her father.

Judith was a victim of domestic violence and her silence only fueled Jerome’s behavior. She tried her best to save her relationship just for the sake of her children but she gave up eventually and filed for divorce. Their divorce was finalized in the year 1970. Judith won the custody of both of her daughters, Heidi and Halle.

Hawkins, after that, raised her kids single-handedly.

Her Ex-Hubby Is No More

Her former husband Jerome Jesse Berry died in Jan 2003, at Euclid General Hospital in Euclid, Ohio. At the time of his demise, Judith’s spouse was 68.

As per sources, Berry passed away from Parkinson’s disease. His remains

Halle Maria Berry was born on August 4, 1966, in Cleaveland, Ohio. Her parents named her after Halle’s Department Store, which was then a local landmark in Cleaveland.

Growing up in Oakwood, Ohio, Hawkins won Miss Teen All America in 1985 and Miss Ohio USA in 1986. She later also made history as the first African-American participant to have participated in the Miss World.

Later, her interest gradually shifted toward the film industry.

Judith’s Daughter Halle Was Once a Highest-Paid Actress

Halle moved to New York to give wings to her acting ambition. Initially, Berry worked as a model in the short-lived ABC television series, Living Dolls. But after the cancellation of the show, she again moved to Los Angeles in the hope of a better future.

Later on, her career started with small roles in several movies which were recognized and appreciated by many. In 1999, she played a biopic on HBO, Introducing Dorothy Dandridge, which gave wide popularity to her.

The 2000s was the luckiest decade of her career. She played the mutant superhero Storm in the film adaption of the comic book series, X-Men followed by all its sequel in 2003, 2006, and 2014.

In 2001, Berry played in the film Swordfish, which included her first-ever topless scene. She was hesitant about the role initially but later agreed. She was rumored to have earned nearly $500,000 extra for the small scene but Berry denies it.

The 56 years old beauty had too many ups and downs in her life. Growing up as a daughter of broken parents,’ she might have hoped for herself to have stable relationships but it did not go as expected. The first known boyfriend of Halle was a Chicago dentist, John Ronan. Later, she dated singer and actor, Christopher Williams and actor Wesley Snipes.

In the year 1993, she married a baseball player, David Justice. The marriage could not last long and ended in 1997. Berry reported that she was very depressed after her marriage broke. She further said she even tried to take her own life. Afterward, Halle Berry married a singer-songwriter, Eric Benet in 2001. This marriage too could not last and Berry divorced Eric in 2005.

In 2005, she got into a relationship with Gabriel Aubry, a Canadian model. They gave birth to their daughter, Judith’s first grandchild, Nahla Ariela Aubry on March 16th, 2008. Their relationship ended in 2010.

In 2013, Halle married for the third time to French actor, Olivier Martinez. With him, Berry gave birth to her second child, a son named Maceo Robert Martinez, in 2013. The couple too separated in 2016, however, the divorce case lasted till 2020.

Halle Berry today prefers not to marry again and says, “I’ll never get married again, and I always hate to say never to anything, but I will never marry again.”

If you didn’t know, the Swordfish actress is 80% deaf in her left ear. It was due to an abusive partner she was with. Around the time of the incident, she was filming the movie, The Last Boy Scout in 1991.

The actress never brought up the identity of the person but said that he is very well-known in Hollywood. Some rumors say that it was her ex-boyfriend Wesley Snipes.

The Relationship Between Judith Ann Hawkins and Her Daughter, Halle

However, back in Aug 2017, the Monster Ball actress revealed she once didn’t talk to her mother, Judy for about a year. The fallout apparently began when Judith refused to help her daughter when she was a struggling actress and had become homeless.

Later on, the mother-and-daughter duo patched up. And they have now a good relationship with each other.

Halle Berry’s mother Judith has an estimated net worth of $500,000 in 2022. She has racked such a good amount of money from her career as a nurse.

But her wealth pales in comparison to her daughter Halle who has an estimated net worth of over $90 million as of 2022.