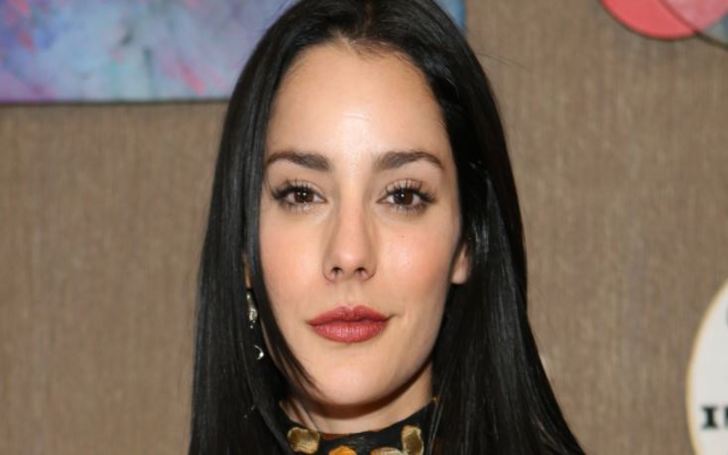 Oka Giner (full name, Okairy Alejandra Giner Arredondo ) is a Mexican actress who is known for her debut role as Bárbara Fuenmayor in the 2013 Mexican television series, Gossip Girl: Acapulco, a Spanish-language remake of the hit American series.

After the success of Acapulco, Giner is yet again emerging as the television face of Mexico with her new series, The Five Juanas. What’s more, she is also equally famous over sites like Facebook, Insta, and other such domains.

Know if Giner has a boyfriend, her early life, how she became the most recognizable face in the Mexican TV industry.

As A Child Oka Giner Participated In Pageants

Giner was born on November 30, 1992, in Camargo, Chihuahua, Mexico. She is the daughter of Lorena Arredondo Alderete and Guillermo Giner Chavira.

Well, she was interested in performing arts from an early age and also participated in beauty pageants. However, her first job was at a shoe store when she was 16 but at 17 she started modeling locally. She also appeared in a photoshoot for the online newspaper “El Diario de Chihuahua” in 2010.

Giner studied Polynesian dances such as Hawaiian and Tahitian for 11 years. Later, she majored in Communication Sciences from the Autonomous University of Chihuahua.

Her father passed away in December 2019.

Giner Has Appeared In Handful Of Mexican Shows

After dropping out of the University, Giner successfully auditioned for the Centro de Educación Artística (CEA), the free drama school run by Televisa. In January 2012, the five-foot-nine inches tall actress moved from Camargo to Mexico City to attend school. During her first year at CEA, Giner heard about an audition for producer Pedro Torres’ latest project, Gossip Girl: Acapulco.

The Mexican star originally attended the casting call hoping to gain experience for future auditions. Giner ultimately became the last actor to audition and be cast in the series. While the show enjoyed significant success in Mexico, the studio officially canceled it on January 14, 2014.

After that, Giner returned to CEA to begin her second year of school, and in March 2014, she auditioned for a lead role in the Televisa telenovela, Hasta el fin del Mundo, but failed to get the part. She instead got a recurring role in another series, Señorita Pólvora.

In September 2013, “Always Platinum” announced Giner as their new celebrity spokesmodel after which the actress started appearing in commercials for the brand in Mexico.

Giner then appeared in the Telemundo telenovela Bajo el mismo cielo (premiere date, July 28, 2015). The series’ first episode garnered the highest ratings on Telemundo for a telenovela in 3 years.

As of recent, Oka Giner was one of the casts in Netflix’s The Five Juanas alongside the likes of Sofia Engberg, Juanita Arias, Juria Vega, and Renata Notni.

The show’s first season gained unmatched popularity among fans of contemporary telenovelas. Just within a few days of its release, it positioned itself in the Top 10 of the most popular productions on the streaming platform.

The series tells the story of five women with the same birthmark who set out to unravel the truth about their pasts. On the way, they discover a tragic web of lies spun by a powerful politician.
She also portrayed Elena in Netflix 2021 series, Daughter From Another Mother/Mother There Are Only Two.

Oka Giner’s Boyfriend Is A Comedian

Giner is in a relationship with Venezuelan comedian Nacho Redondo. The actress says she met her boyfriend Redondo on a blind date. Nacho reportedly wrote to her on Instagram to ask her out.

It was incredible, he wrote to me on Instagram, I read that he was a comedian. I love going to see comedy, going to see stand up, and I accepted a blind date,

In an interview, she said her boyfriend is a father with whom she shares many beliefs and in that sense, the couple accompanies each other very well. Giner claims her comedian boyfriend understands her perfectly.
She once also revealed her boyfriend saying to her: “I want everything or nothing with you, I couldn’t be your friend.”

It was Giner’s comic bae that persuaded her to accept the part in Netflix’s The Five Juanas. The character was something the actress had no intention of doing as she was getting fed up with the pandemic 2020. She was also thinking of taking a break.

Then her boyfriend, Nacho after some talking secretly bought her a flight ticket to Mexico City. Redondo then told her to the part was something she had to do.

In June 2021, while talking with Excelsior, The La Pilato actress revealed how she was criticized for her way of dressing, for how she spoke. And she even heard phrases such as: “You don’t have a waist”, “You’re fat” or “your body is weird.”
Although frustrated initially, the Mexican star later learned to put those comments aside and move on with her career.

The Camargue actress, Giner’s net worth is yet to get accounted for. She, in any case, is assumed to have bonny career earnings. All thanks to her significant social media reach and the time she’s spent in the acting spectrum.

Even if we are to take the most moderate payscale of Mexican TV actors, i.e. anywhere from $5000 – $10,000, Oka might have at least garnered over $1million with combined appearances in more than 100 episodes.

Considering all of the aforesaid stats and speculations, it should be quite safe to say, Giner is a millionaire star. With her current payscale in the domain of tens of thousands of dollars per episode. Also worth mentioning is her contract with beauty products, Get Agency, and several other modeling brands.

Some Other Facts About Oka Giner