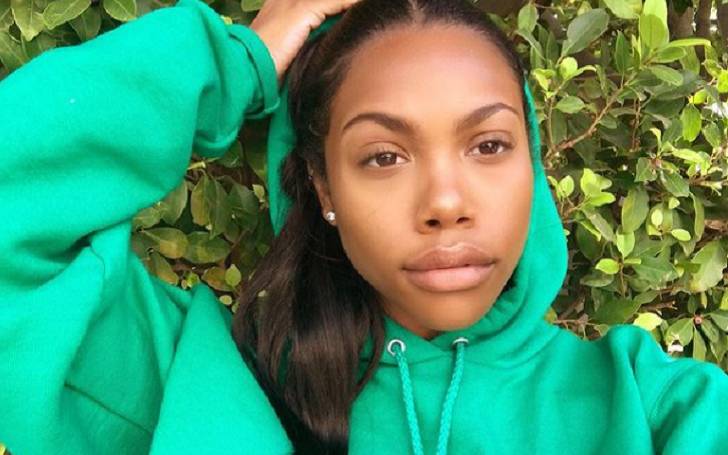 Besides, talking about her mother Tomica Woods, the widow of Eazy-E, now runs Ruthless Records, the record label founded by her hubby with a late music manager Jerry Heller.

Let’s explore everything about Daijah’s life after her father’s early demise!

Was Born Six-Month After Her Father’s Demise

It was one of the major misfortune for Daijah who couldn’t see her father due to his untimely passing. She was born six months after the tragedy happened. Her old man died of HIV/AIDS on March 26, 1995.

The member of the hip hop group N.W.A. admitted to the hospital on February 24, 1995. He announced the illness on 16th March of the year.

For his funeral, thousands of people were gathered at Rose Hills Memorial Park in Whittier, the place his body was interred.

Daijah Was Raised By a Single Mother

Her mother Tomica Woods gave birth to her daughter on September 26, 1995, at Cedars-Sinai Medical Center in Los Angeles. The publicist Norman Winter said that the baby girl weighed a 7-pound 5-ounce.

It was one of the saddest moments for the mother of two kids Tomica who lost her man without showing her daughter’s face. But, the brave woman raised her kids providing them comfortable upbringing, thanks to her patience and ability.

Soon after her hubby’s death, Woods became the owner of Ruthless Records, a record label founded by Eazy-E in 1987.

Moving towards their love life, Tomica first came across her future-spouse at a Los Angeles nightclub in 1991. The two dated for several years before they tied the knot in 1995. Unfortunately, their wedding took place just 12 days before the artist’s passing.

Daijah Wright Has a Brother

Wright grew up along with her brother named Dominick Wright who was born two years before Eazy-E’s death. Both brother and sister have kept their life out of the public eye.

Has Nine Half-Siblings From Her Father’s Different Relationships

Talking about her extended family, Daijah has nine half-siblings. One of her half-brother Eric Darnell Wright (known as Lil Eazy-E) is also following the trails of her father. He is the CEO of NWA Enterainment, LLC and also runs the company Compton MoneyGang along with his family members.

Besides, Wright’s older half-sister Erin Bria Wright who has shared the same love for music as her father had. The promising artist is also a partner at Eazystreet Entertainment LLC. Both of them currently work for the TV Docu-Series called A Ruthless Scandal. The project highlights Eazy-E’s untimely death.

Is Daijah Wright Dating Anyone?

Daijah is not dating anyone officially at this moment. She has remained tight-lipped about her private life who never talked about her boyfriend and yet to come with her love life publically.

Daijah’s net worth stands at $100,000 in 2021. On the other hand, her late dad Eazy-E’s estimated wealth was $50 million at the time of his death. His main source of income was his music career.

Take a Look at the Bio of Eazy-E

Born and brought in Compton, California, Eric Lynn Wright was initially involved in several illegal occupations before forming the original lineup N.W.A, the hip hop group in 1987. Other members of the band were Arabian Prince, Dr. Dre, and Ice Cube.

The gangsta rap group N.W.A was ranked 83 on the list of “100 Greatest Artists of All Time” made by Rolling Stone. Besides, it was incorporated into the Rock and Roll Hall of Fame in 2016.

Daijah is active on Instagram with over 2k followers. However, we yet to find out any other social media profiles Wright is active on.

Other Quick Facts of Daijah Wright