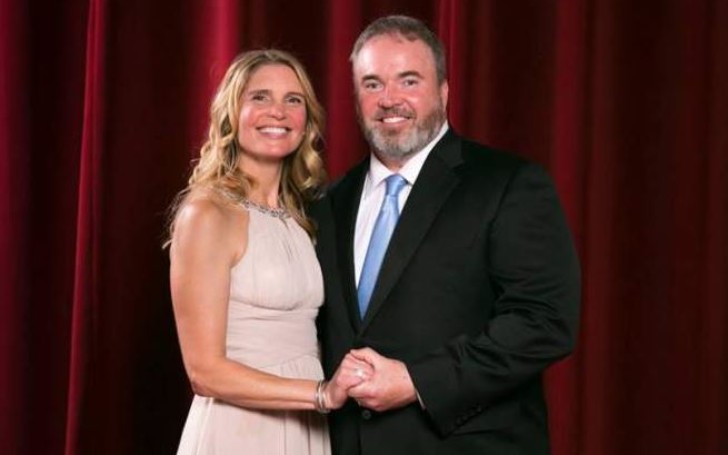 When you’re not looking for something, the universe somehow manages to serve you with that very thing. Similar was the case for Jessica Kress McCarthy. She had been divorced and was somehow settling into her new life. But along came Mike McCarthy. Well, we’ve all heard the phrase, “as soon as you stop looking.”

What’s more interesting is that just like Jessica, Mike was also divorced at the time. Well, the duo was definitely meant to be. Now that Mike has become an NFL legend, fans are curious to know more about his wife, Jessica.

Today we’re going to answer all that you need to know about Mike McCarthy’s wife Jessica Kress. We will find out her early life, education, past marriage, and more here today!

She was born Jessica Ann Murphy on the 9th of February, 1972, in Wisconsin. As of 2021, she is 49 years old. She is the daughter of Tom Murphy and his wife. Her father worked as an archivist at the Green Bay Packer hall of fame. Jessica has kept info on her mother and siblings behind closed doors.

Besides, Jessica spent the major portion of her childhood in Green Bay. Upon graduating from Bayview middle school, she attended St. Joseph’s Academy. As for her higher education, she enrolled at the University of Wisconsin-Green Bay.

She is a Philanthropist and an elementary teacher

Jessica works as an art teacher for an elementary school nearby Lambeau Field. To this day, Jessica has remained faithful to what her teachers taught her in high school, valuing family.

What’s more, it was this very quality that Jessica saw in Mike which made her fall in love with him. While recalling the exact moment, she told ESPN,

In addition to her work as a teacher, Jessica and her husband often work as philanthropists through their charity, Sick Kids Can’t-Wait. They have been regular donors of several hospitals across Wisconsin. They have donated around $1.5 million to the University of Wisconsin’s American Family Children’s Hospital.

The couple got married on March 15th, 2008 in Arizona. Both Mike and Jessica, having been married once before, decided to have a low-profile ceremony. Their seven people guests list included both sets of parents, Mike’s daughter and Jessica’s sons from a previous marriage.

While talking on the subject of keeping their wedding so private, Kress maintained that she wanted such ceremony to avoid being in the public eye.

Mike’s mother Ellen McCarthy told the newspaper Milwaukee Journal Sentinel, “They are a good match.” She further added, “She’s very warm. She truly cares for him and he needed somebody.”

Around the same time of their marriage, the celebrity spouse also filed for a name change.

How did Jessica and Mike first come across each other?

They first met in the spring of 2006. At that time, Mike was recently hired as the Green Bay Packer’s coach. It was one of their mutual friend named John Schneider who, with the help of his wife Traci, set up the two on a date. John had known Jessica since high school while he knew Mike from their days in the Kansas City Chiefs.

Schneider’s wife Traci first initiated the idea of setting the two up on a date. At first, Schneider didn’t know what the future hold for the two. He said,

“Knowing that they were both divorced, I thought, ‘Yeah, with her two kids and his daughter, that’s something they can talk about.’ But really, it was that both of them have huge hearts and a lot of energy. They’re really great people, so let’s see where it goes, you know?”

Fortunately for the two, everything worked out fine.

They are parents of five children

The duo took care of all five of their kids as one big family. Neither Jessica’s sons saw Mike as their step-dad nor did Mike’s daughter. Jessica once mentioned that her sons took an instant liking to Mike. She said, “My boys took to him right away. He’s an excellent role model. They’re like puppies when they see him.”

It has been over a decade since Mike and Jess married and till now we’ve yet to receive reports of any falter in their relationship.

Jessica was previously married to a millionaire

Before marrying Mike, Jessica was in a marital relationship with William Kress. Unfortunately, there isn’t any information in regards to when they tied the knot and divorced.

William is a board member of the Green Bay Packers. What an irony, isn’t it? Her ex-hubby is also the Chief Executive Officer at Green Bay Packaging. The company was founded by his grandfather George F. Kress. As of now, the company is worth a staggering $500 million.

Moreover, Jessica’s sons Jack and George are from her relationship with William.