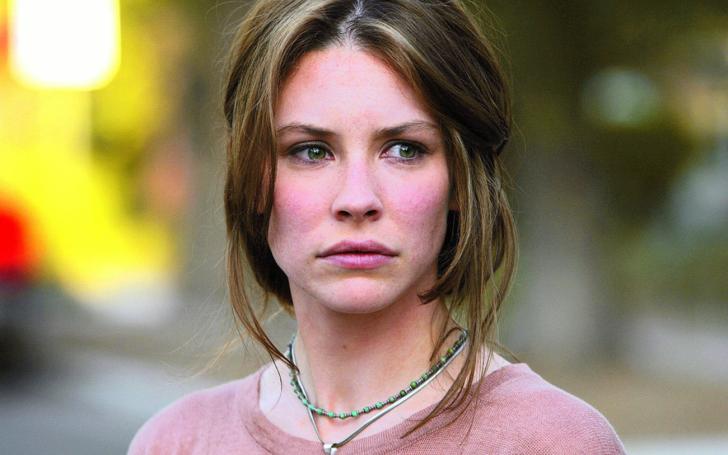 When you marry a famous personality, fame comes with it. No matter what you do, the media and fans will always follow you. Today we’re talking about Murray Hone who became famous after his link-up with the actress, Evangeline Lilly. It is reported the pair had tied the knot back in the early 2000s.

Since then, we’ve all been curious to know about the mysterious guy. Besides, a few sources claim Lilly never married a guy named Murray. The conflicting reports are doing nothing but adding to the complexity that is Evangeline’s personal life.

Today we’re going to find the real truth behind Murray Hone and know if he really married the Lost actress or not!

Who is Murray Hone?

Murray first came to prominence after news of his marriage with then-budding actress, Evangeline Lilly made rounds. At the time, the actress was beginning a big name for herself in the entertainment industry while appearing as Kate in the ABC series, Lost. Upon starring in the series, Lilly became an overnight sensation.

It was around the same time when tabloids started speculating about Lilly’s personal life. Out of the blue, a British Newspaper reported she had been married for a year. In addition, the tabloid also reported she divorced her husband right after she started shooting for Lost. Aside from this, there is literally no information regarding their affair. Even if they were in a marital relationship, there is nothing about Evangeline Lilly’s ex-husband.

Being famous is more often than not a curse as opposed to a blessing. After she got famous for her role, a lot of tabloids started spreading rumors about her personal life. However, Lilly never really acknowledged any of the rumors. Back when a reporter for The Rolling Stone magazine asked her if the news put up by the British newspaper about her marriage and divorce is accurate or not, she stated, “I don’t talk about that kind of stuff. Wherever they got their information, it wasn’t from me.”

Regardless, the reporter also notes that Lilly immediately changed the subject to the injury on her legs. Her behavior certainly raises doubts about whether she is telling the truth or not. Moreover, renowned tabloid National Enquire, in a 2005 article wrote Evangeline dumped her husband Murray in January 2005. Apparently, she left him for her new boyfriend and Lost co-star, Dominic Monaghan. Moreover, a mutual close friend told he’d become bitter after rumors of a romance between his wife and her co-star surfaced. Evidently, Lilly filed for divorce, a few months after meeting Dominic.

The magazine also mentioned that Murray helped Lilly when she was beginning her acting journey. He did several odd jobs to sustain the household while she pursued her acting career. However, right after she got the role in Lost, she had second thoughts about their marriage. A friend stated at the time that Lilly wouldn’t even return his calls. It seemed like a classic case of reaching the major league and knowing your partner wouldn’t.

Unlike his famous partner, Murray does not have a big career. As mentioned above, he had a string of odd jobs. Aside from that, the tabloid National Enquirer also suggested he also played hockey back in 2005. Apart from this, there isn’t any information regarding his professional life.

On the other hand, Murray’s ex-wife has a long list of acting credits on her name. In addition to Lost, she is also famous for her role in Avengers Franchise, Ant-Man Franchise, The Hobbit, and many more. She is also a recipient of several awards including the Screen Actors Guild Award for Outstanding Performance, MTV Movie Award for Best Fight, Gotham Independent Film Award, and Washington D.C. Area Film Critics Association.

What is Murray Hone up to these days?

Ever since his divorce from his wife, Murray completely disappeared from the scene. Not that he was active before, anyway. Since separating from Evangeline, he is living a secluded life without any sort of controversies. Meanwhile, Lilly is in a delightful relationship with her boyfriend of several years, Norman Kali. The duo is dating since the early 2010s and is a parent of two beautiful children.

Lilly also dated her co-star Dominic for around four-years before calling it quits in 2009. At one point of time, it seemed as if the duo might just go all the way but seems like fate has some other plans. She will most definitely tie the knot with Norman, however, it will take some time.

The Untold Truth of Robie Uniacke. His longtime relationship with Rosamund Pike