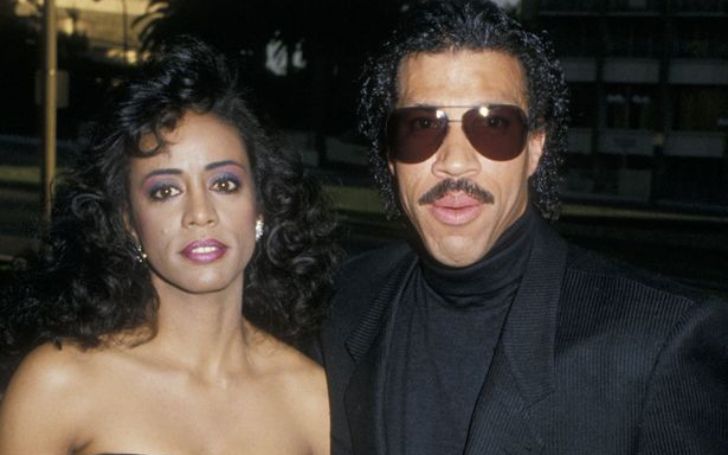 Brenda Harvey-Richie is an American business person who is best known as the former wife of Grammy award-winning singer, Lionel Richie. Their marital relationship lasted 17-years. The duo also shares one daughter.

But there is a lot more about Brenda than what meets the eye. Today we’re going to tell you about her personal life. Did Brenda Richie remarry? In the meantime, also take a close look at her family and relationships.

Here is everything you should know about Lionel Richie’s ex-wife.

Brenda Harvey-Richie comes from an affluent family: Her Parents and Siblings

She was born on September 3rd, 1952. She is the daughter of Lucille and Marshall Harvey. Both of her parents had a successful professional life. Her father was a US Marine Marshall and served during World War II.

On the other hand, Brenda’s mum Lucille was a school teacher. She used to teach English and Social Studies at the Southern Normal High School.

Besides, Brenda is not the only child of her parents. She has one brother, Stephen Harvey. Brenda is quite close to her brother and often wishes him on his birthday. In addition, she also expresses her deepest love and gratitude towards her mom and dad in several of her posts.

As a Majorette at TUSKEGEE University! I don’t know why I am holding my head down. 🙈 pic.twitter.com/4WnqDZsj6k

During her time at the college, she was a majorette. What’s more, she even won the Miss Tuskegee competition. No wonder, Lionel had his eyes set on this beautiful lady.

After her tragic divorce from Richie, she never settled in a long-term relationship. Although her ex-husband went on to marry again, got divorced, and get right back in the dating scene, Brenda opted to remain single.

Brenda and Lionel previously exchanged vows on October 18th, 1975, in a private ceremony. The duo first met while studying at Tuskegee University.

Before meeting Lionel at college, Brenda once dated a guy named Bruce in her high school. Bruce was the brother of her friend.

Though she might’ve dated some guys here and there, she never committed to a long-term affair. She is relishing and living her life to the fullest without any controversies.

She is quite active on her Twitter handle and posts regular updates from her life to thousands of her followers.

For those who don’t know, Brenda filed for divorce with her hubby Lionel after she caught him cheating red-handed. Brenda confronted Lionel and his then-mistress later-wife, Diane Alexander, at the latter’s Beverly Hills apartment.

After a physical altercation with Lionel and his mistress, Brenda divorced Lionel in August 1993. A few years after his divorce he married his mistress Diane.

Upon hearing what happened between Brenda and Lione, one must think that Lionel and Brenda certainly hold a grudge against each other. Well, that is not the case here. Both of them have moved on and are now on good terms.

Brenda even wishes her ex-husband on his birthday or whenever his songs peak to the top position in Billboard and other random pictures of the duo.

It is said that upon the arrival of Brend and Lionel’s first grandkid, Harlow, their relationship slowly started to improve.

Brenda hired a private detective to find out about Lionel’s Infidelity: She drop-kicked his second wife

According to tabloids, Brenda started suspecting her husband is having an affair after their relationship started turning sour. Reportedly, she then hired a private detective to find out if Lionel is really cheating or not. To her dismay, she found out that he was in fact cheating on her with one of the models from his music videos.

Then on 29th June 1988, she found out that Lionel is currently in an apartment in Beverly Hills with an unknown female companion. She decided to catch him red-handed and confront him.

As soon as Brenda found both of them, she started her rampage, and literally drop-kicked Lionel. Being the smart man that he is, Lionel immediately ran from the apartment. Subsequently, Brenda turned towards Diane and started beating her up.

Soon authorities came to the scene and arrested Brenda. They charged her with injuring a spouse, resisting arrest, vandalism, and domestic violence.

She runs a music publishing company

Since 1993, Brenda has been operating BRP Publishing, a music publishing company. The company is based in Los Angeles and Brenda acts as the CEO / President.

Interestingly enough, she is working in the company, the same month she and Lionel finalized their divorce. It looks like during the divorce settlement, Lionel gave one of his music publishing companies to Brenda.

Being the wife of a star has its perks. You get to meet a lot of big celebs from the entertainment world and similar is the case here. While married to Richie, she met a lot of big stars including the Jackson family.

Since meeting them so early on, Brenda grew a terrific bond with the family. She, in fact, is the best friend of La Toya Jackson, Michael Jackson‘s sister. Moreover, she was also close to MJ and to this day shares a lot of early photos with the late pop legend.

Brenda Richie is a mother of one kid: Has a great bond with Lionel’s kid from the second marriage

Brenda and Lionel never gave birth to any biological kids, however, they adopted the daughter of Peter Michael Escovedo, Lionel’s bandmate. At first, Lionel and Brenda took Peter’s daughter Nicole in as her biological mom and dad were not able to take care of her. After a few years, when Nicole turned nine, they adopted her.

Besides, Brenda also shares a cordial relationship with the other side of Lionel’s family. She is close to his daughter Sofia Richie and his current girlfriend, Lisa Parigi.

It is without a doubt that Brenda was paid millions after her divorce settlement with Lionel. Moreover, she owns a huge mansion in Los Angeles, California which costs millions of dollars.

Who Is Hadley Klein? Everything About Taissa Farmiga’s Husband