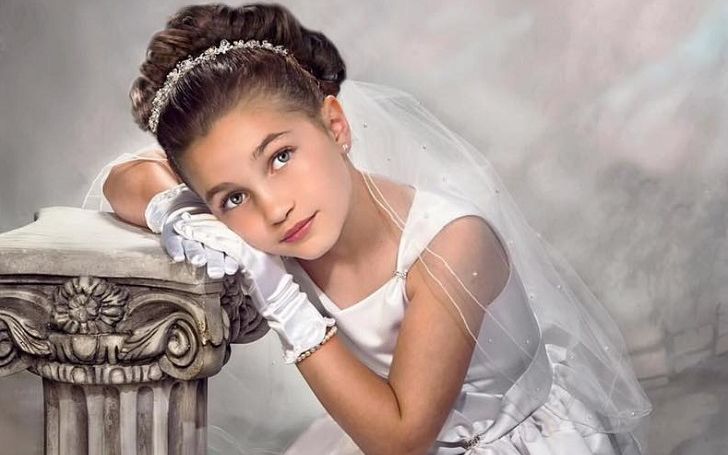 Gabriella Giudice is the second oldest daughter of Teresa Giudice and her ex-husband Joe Giudice. Her parents who were married for about two decades had their fair share of ups and downs before they separated. The former flames even spent months behind the bars for their highly publicized financial fraud in 2014, which even led to Joe’s potential deportation to Italy.

Despite a series of personal hardships Gabriella’s parents went through, they appear to be on good terms when it comes to their parental responsibility. Besides, Gabriella has three siblings from her parents’ marital relationship. All of them are doing a wonderful job in their respective ways. Teresa’s all-grown-up daughter Gabriella is now at High School.

Well, here are numerous yet-explored facts you have to know regarding Gabriella. Let’s get started!

As we have mentioned above that Gabriella is the daughter of Teresa and Joe. Both of them grabbed huge attention after their appearance in the reality TV series The Real Housewives of New Jersey. Aside from her TV works, Gabriella’s mother has written numerous New York Times bestseller cookbooks.

Besides, her father Joe before getting into TV used to work as a construction builder. He was once also the owner of a laundromat business and pizza restaurant in New Jersey.

Gabriella’s parents Teresa and Joe tied the knot back in 1999, in a private wedding ceremony. As a married couple, they spent several years peacefully but things became a little bit harder between the duo by the mid-2010s.

In 2014, the exes were even sentenced to prison for several months after they were found guilty of many kinda banking and financial frauds. Teresa was released from Jail in late 2015, whereas, her then-husband completed his 41-month sentence in March 2019.

In December of the year, the news about their separation came out. A few months later their split, Teresa filed for divorce from her then-hubby. And their divorce finalization in Sept 2020.

Gabriella is a half-Italian-and-half-American as per her ethnicity. And her nationality is American.

Gabriella Giudice grew up along with her three sisters Gia, born in Jan 2001, Milania, born in Feb 2006, and Audriana, born in Sep 2009. Her older sister Gia who is now a student at Rutgers University hopes to become a lawyer. She is a pop singer too.

In the past, Teresa Giudice’s first-born child was also a member of a dance team named The Real Unique Entertainers.

How old is Gabriella Giudice? Her Birthday Parties With Her Mom and Sisters

In 2022, Gabriella’s age is 17. She was born on 4th October 2004, in New Jersey, the United States of America. Her parents, especially her mom rarely miss congratulating her daughter on her every birthday. Over the several years, her doting mommy Teresa has posted a number of amazing photos of her daughter on her birthday.

In October 2020, The Real Housewives of New Jersey star paid a loving tribute with a couple of Instagram photos to her young girl in the honor of her 16th birthday. The doting mom wrote the caption, “Happy Sweet 16 Birthday Gabriella!”

The Bravo star also shared a video from soirée where all the party guests opted for prom-like dresses and suits. Teresa praised her daughter alongside the clip,

“You looked so absolutely beautiful last night celebrating & I’m in awe of you everyday. You are so smart, kind, funny & dedicated to school and soccer, I can’t wait to see the great things you do in the future!”

In the meantime, her father Joe still remains in Italy also celebrated his daughter’s birthday, posting a beautiful photo of his daughter with the sweet note,

“You are breath taking! I want all of your greatest dreams to come true. You deserve the absolute best that life has to offer. you helped mommy and me with your sisters so much you truly are a dream come true. I love you so much . Happy birthday Gabriella.”

Additionally, in October 2021, on the occasion of her 17th birthday, Gabriella’s mother threw her daughter a home party at the family’s stunning $2 million New Jersey mansion. To celebrate the monumental occasion, the party room was all decorated with a cake and colorful balloons. From Gabriella’s intimate 17th birthday party, her mom also shared photos on her social media handles.

Since Gabriella’s father’s deportation to Italy from the states in 2019, Joe has missed out on numerous family occasions. Although Joe took to his social media handles to commemorate these family milestones, the former entrepreneur has yet to get a chance to attend the events physically.

Gabriella Giudice, Teresa Giudice’s daughter is now a student at Montville High School, in Montville, NJ. She is a sophomore at the school and will complete her graduation in 2023.

Talking about her education, her mom once told Page Six that her daughter is, “like, super smart. She’s amazing. She’s in all honors classes. So I think she’s going to be able to get into any school she wants.”

Her mom further gushed about her education, saying that her second-oldest daughter, “Gabriella, she has OCD. She does not want to miss school and she’s very, [she] does everything by the books, which is, I love that,”

As for her future plans, Teresa also said that Gabriella may follow in Gia’s footsteps when it comes to having major career goals.

She isn’t looking at college yet.

In addition to being a good student, Gabriella is also an elite soccer player at school. She plays for the Montville Girls Soccer team. Back in May 2016, her mom Teresa was also spotted, attending her daughter Gabriela Giudice’s soccer game in Pennsylvania.

The second-old daughter of Teresa and her former husband Joe attended the high school prom event in mid-2021. Her mom documented her daughter’s prom event in numerous videos posted on her Insta Story. She did all her makeup by the renowned makeup artist Priscilla Distasio for her special day. The Bravolebrity said,

The proud mom further gushed in another clip,