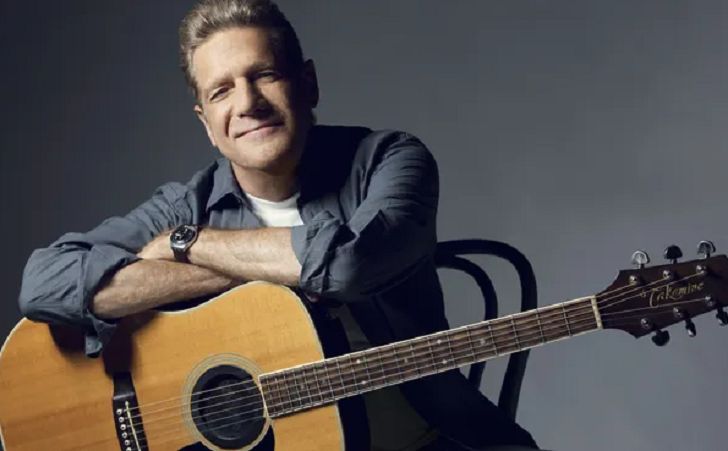 Janie Beggs rose to fame as the first wife of Glenn Frey, the late singer, and songwriter. Her ex-hubby was one of the founding members of the rock band Eagles, where the artist was also a co-lead-singer and frontman for the band. During his time with the Eagles, Glenn won numerous accolades too like six Grammy Awards and five American Music Awards.

Unlike her former late hubby, Janie has maintained quite a low profile over the past few decades with no public appearance. So, in this article, we are going to explore some hidden facts about Glenn Frey’s first wife Janie. Let’s find out where Janie is now? What is the ex-celebrity spouse doing as of 2022?

Here is everything about her!

Janie is the daughter of Ed Farmer Beggs and his wife Janie Beggs. In fact, her family originally emigrated from the United Kingdom. One of her immediate ancestors named George Beggs Sr. left Britain in 1876 and moved to Texas.

He there gradually started dealing in cattle and horses. George had three sons named William Dickey, John Erin, and Goerge Jr. The last one was Janie’s grandfather who also had his own cattle ranch near Aledo which was later operated by her father Ed Farmer and her uncle George Beggs III.

The Beggs brothers later formed a new business named Beggs Cattle Company. Sadly, a few months after the new business venture, Janie’s father was accidentally killed. It was then his brother George was fully responsible for the business.

Talking more about Janie Beggs’ family business, the Beggs Cattle Company is still highly focused on commercial cattle and horses. Along with its years-long legacy, the company also won numerous awards like the Charles Goodnight Award in 2005 and the American Quarter Horse Association’s Legacy Award in 2003. The company got the latter award on the occasion of ranches’ 50 years anniversary in the business.

Her Brothers Now Handle The Business

Janie who was named after her mother also has two brothers named Ed Farmer Beggs II and George Beggs IV. Both of her brothers are now involved in the family business. While Geo is a hired hand at Beggs Cattle Company, Ed operates the ranches King, Kent, Stonewall, Dickens, and more.

Besides, Geo attended Arlington Heights High School and then went on to study at Texas Christian University. He eventually graduated from Texas Tech University.

What is Janie Beggs Age? Her Childhood Details

Janie was reportedly born on April 24, 1952, in Aledo, Texas, the United States of America. And her age is 69 as of 2022. Growing up around her family business in Aledo, Janie also did her schooling at her local high school.

Besides, as far as her ethnicity is concerned, Beggs is Caucasian and belongs to American nationality.

How long had Janie Beggs and her ex-husband Glenn Frey been married?

Janie, a debutant from Texas tied the knot with then promising singer Glenn Frey in 1983, in a low-key wedding ceremony. Sources say that the former couple dated for some time before their 1983 nuptials. The two spent the first few years of their marriage happily.

However, about five years after their wedding, things started becoming a little bit complicated between the two. And in 1988, the two went their separate ways, citing irresponsible differences.

Although the two separated years ago, people are still curious to know did Glenn Frey and Janie Beggs have children? But, the answer to the question is not.

Where is Janie Beggs Now? Is She Remarried?

Ever since her divorce from her then-husband Glenn, Janie has kept herself entirely out of the spotlight. Because of her tendency to keep things too private, it becomes much hard to confirm anything latest about her life.

Additionally, the former celebrity spouse isn’t active on any social media handles. Thus, we can’t confirm whether or not Janie remarried anyone after her divorce from Glenn at present.

Soon after Glenn’s divorce from his first spouse, the singer began dating Cindy Millican. The two exchanged their vows in 1990 after two years of dating. They were together until Glenn’s death in Jan 2016. He died from complications of rheumatoid arthritis, acute ulcerative colitis, and pneumonia as per the medical reports.

The late singer also had three children with his spouse Cindy; a daughter Taylor Frey and two sons Deacon Frey, and Otis Frey. Their son Deacon is also following in his father’s footsteps.

Beggs who is from a rich family has definitely a good fortune. But, the exact amount of her net worth is yet to estimate. In the meantime, her late spouse Glenn had $120 million at the time of his passing.