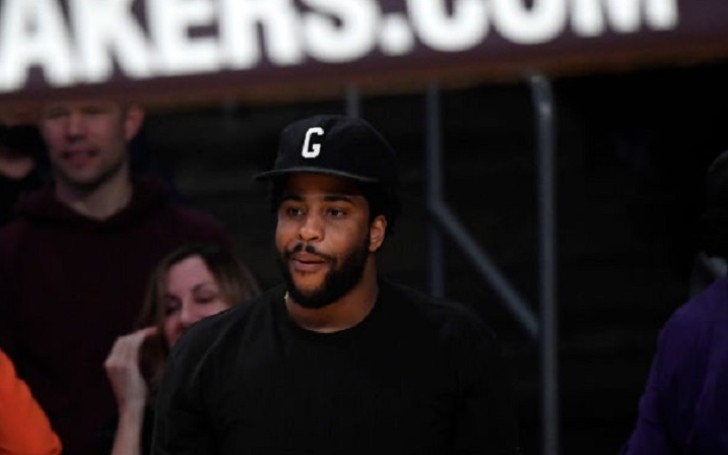 Malcolm Washington is an assistant director and producer. Before segueing into the show business, Malcolm was pretty into basketball who played for both high school and college teams, leading them to several big victories.

But, Washington is more into the media as the son of one of the veteran Hollywood actors Denzel Washington. His father Denzel whose career has spanned nearly a half-century won numerous prestigious accolades such as two Academy Awards, three Golden Globe Awards, and more. His mother is also an actress and a classically trained pianist.

Besides, many people are curious to know about young Washington’s love life. So, let’s find out if Malcolm is dating a girlfriend in 2022? Here are several unknown facts regarding Denzel Washington’s twin son Malcolm. Take a look!

The star kid was born on 10th April 1991, in Los Angeles, California, to Denzel and Pauletta Washington. He grew up in a family of actors, where both of her parents are involved in show business. Besides, his paternal grandmother Lennis was a beauty parlor owner, whereas, his grandfather Denzel Hayes Washington Sr was an ordained Pentecostal minister.

How old is Denzel Washington’s son? His Ethnic Background

Malcolm Washington’s age is 31 as of 2022. For his ethnicity, young Washington is an Afro-American and belongs to American nationality. Besides, his religion is Christian and his horoscope is Aries.

Both his father and mother are pretty into acting. Born and raised in Mount Veron, New York, Malcolm’s dad Denzel, the American Conservatory Theater graduate began his acting career in the late 1970s. He first appeared in a TV film The Wilma Rudolph Story. And the then-promising actor rose to stardom after his acclaimed performance in the medical drama St. Elsewhere. He appeared in the series from 1982-88.

Denzel’s biggest break came when the actor portrayed Private Silas Trip in the wild-hit Civil War drama Glory in 1989. His work in the movie likewise won him the first Academy Award. Later in years, Washington played the lead role in such varied films as Much Ado About Nothing, The Pelican Brief, The Hurricane, and more.

Furthermore, the prominent actor won his second Academy Award for playing the corrupt detective role in the crime thriller Training Day (2001). His other film credits include Remember the Titans, The Great Debaters, American Gangster, and more.

Similarly, Malcolm Washington’s mother Pauletta, 71 is also an occasional actress who has worked in a handful of movies and TV shows. She first grabbed attention following her teacher role in the television series Happily Ever After Fairy Tales for Every Child from 1995-97.

Moreover, the monarch of the Washington family played Terri Angelou in The Parkers. She has also deserved credit for her work in She’s Gotta Have It, Burden, and Genius.

How Long Have Malcolm’s Father and Mother Been Married?

What a successful Hollywood couple Malcolm’s parents Denzel and Pauletta are. The duo who have been married since 1983 is still leading a blissful matrimonial life. The two first came across on the set of the television film Wilma. The two soon hit it off and dated for years before they walked down the aisle.

Along with their successful married life, Denzel and Pauletta also have also forged magnificent careers in the entertainment industry.

Has Three Siblings: One is Twin

Both of his sisters have been following in his father’s footsteps. Katie is well known for her work in The Equalizer, Fences, and more. On the other hand, Malcolm’s twin sister has worked in Lee Daniels’ The Butler and The Little Things as well.

Similarly, their older brother John is an actor and producer with having a number of acting credits, most popularly the oldest Washington child worked in the HBO comedy series Ballers.

Denzel Washington’s twin son attended the Windward School, in Los Angeles, California. While at school, Malcolm was largely involved in a basketball game, making start in Ivy opener at Yale. The terrific basketball player played along with Anthony Stover and Darius Morris for the school team, leading Windward to the CIF Division V state championship in Malcolm’s senior year.

Moreover, Washington, a point guard also helped the school team to win the 2009 Academic All-America and 2009 Windward Winter Classic Tournament MVP. His father frequently went to school to watch his son’s game. He was once named a commencement speaker at the school in 2011. He said at the time,

“I’ve found that nothing in life is worthwhile unless you take risks. Nothing.”

Malcolm’s father was the one who played a great role in making him a potential one. Back in March 2009, the then-17-year-old starting point guard for Los Angeles Windward said Los Angeles Times,

“My dad kind of instilled that in me. We’re Army and they’re my troops and I just have to calm everyone down. Even if I’m not scoring points, I have to keep everyone’s heads together.”

With a 3.5 grade-point average, the 5-foot-9 tall player widely played basketball at the University of Pennsylvania in Philadelphia. The former Penn coach Glen Miller recruited Washington.

For his academic qualification, Malcolm earned his degree in film studies from college. His parents and other family members also accompanied him at the 257th commencement exercises for the 2013 class of the University of Penn.

Does Washington Enjoy His Father’s Fame?

Although it isn’t unusual for star kids to play a variety of sports at the high school around Los Angeles, it came out as a bit surprising for many that Washington was the son of Denzel. In Feb 2010, Malcolm said ESPN,

“I went to a private school in Los Angeles. Back home, it was really low-key, but in college, I was thrown into an environment where everybody knew everything about me. There were 10,000 people who knew who I was before I even got here. It’s crazy. I’m adjusting to it.”

Looking at his statement, it seems that Malcolm prefers to live a radar normal life.

Why Did Malcolm Washington Leave Basketball? His Film Making Career

Although Malcolm had quite an impressive basketball career at the high school, the star kid quit it after his college degree. He has since been solely involved in the show business. His first acting job was as the assistant director in the short video Trouble Man in 2016. The following year, Washington worked in The Last Bookstore and also wrote Benny Got Shot.

He has also worked as a producer for a couple of TV shows like North Hollywood, The Dispute, and Summer of 17. He rose to stardom following his work as an assistant in the TV series She’s Gotta Have It in 2017. The series starred DeWanda Wise, Lyriq Bent, Anthony Ramos, and Cleo Anthony.

Who is Malcolm Washington Girlfriend? His Dating Life in 2022

As we have mentioned above that Washington prefers to keep things behind closed doors. The same could be said for his love life as Malcolm has never come forward with his relationship. He has neither talked about his girlfriend publically. So, it is hard to say whether or not Washington does have a girlfriend at present or the star kid is married to his wife.

His net worth is $300,000 as of 2022. He has mainly earned the money from his booming career in the television industry. On the other hand, his dad’s fortune stands at $280 million.

Unfortunately, there are no social media accounts that officially belong to Malcolm. So, it is safe to say that Washington doesn’t indulge in using social media handles like Facebook and Instagram.