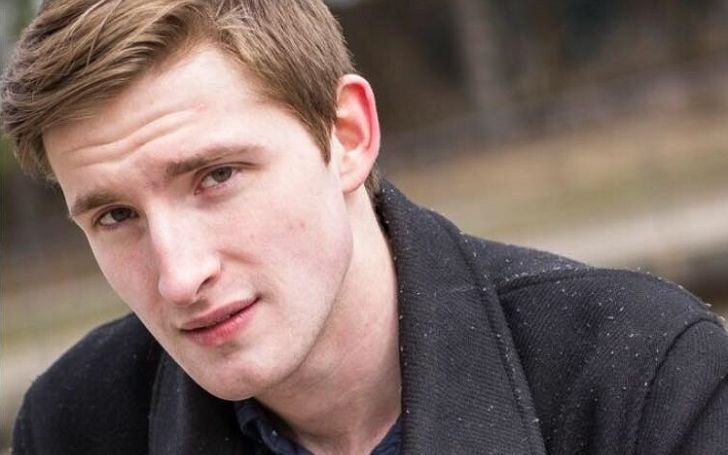 Michael Boxleitner is the only child of the former power couple, Melissa Gilbert and Bruce Boxleitner. His parents were married for more than 11-years before they went their separate ways. Although the former couple divorced long before, their love and support for their son Michael never seem to be declined. He also has three half-siblings from his parents’ different marriages.

Besides, the star kid, a Lansing Community College graduate appeared in a TV series, Animals Out of Paper. He also embarks on some philanthropic works and supports the non-profit organization, The National Suicide Prevention Lifeline.

Here are several things you didn’t know about Michael!

Boxleitner is the son of Melissa and her then-husband, Bruce. Melissa gave birth to Michael two months before her due date. He was born on October 6, 1995, in Illinois. Born to two successful actor parents, Michael grew up in an upper-class household.

He is an American as per his nationality and has a Caucasian ethnicity.

He Was Named After Late Actor Michael Landon

Michael Garrett Boxleitner was named after Michael Landon, the NBC series Little House on the Prairie creator and star who played Michael’s mother Melissa’s father in the project. It was also one of the earliest and longest TV series for Melissa who played Laura Ingalls Wilder from 1974 to 1984.

Besides, Boxleitner’s middle name was inspired by his mom’s friend Sandy Peckinpah‘s son, Garrett Peckinpah, who died of meningitis at age 16.

The 24-year-old celebrity child went to Lansing Community College, a community college in Lansing, Michigan where he majored in theater. He also involved in a number of college productions at the time.

What is Michael Boxleitner up to these days? Once appeared in a TV Series

Despite the deep family roots that involved in the entertainment world for a long, Michael has only one acting credit to date. He appeared in a TV series, Animals Out of Paper. He played the role of Andy, a 45-year-old high school calculus teacher on the show. Melissa Gilbert’s son said of the character as,

“He’s very naïve in things about the world. With Andy’s character, it’s almost as if you get to witness his great pain in his life. His big one happens in the show.”

It was produced by LCC Performing Arts Department and written by Rajiv Joseph. Other than that, there is nothing more about his latest endeavors.

Is an Ardent Supporter of The National Suicide Prevention Lifeline

Back in October 2019, on the occasion of his 23rd birthday, Michael requested everyone to donate to National Suicide Prevention Lifeline on Facebook. Giving the reason behind celebrating his birthday with fundraising for depressed and suicidal individuals, the star kid wrote in his caption,

“I’ve chosen this nonprofit because their mission means a lot to me, and I hope you’ll consider contributing as a way to celebrate with me. Every little bit will help me reach my goal.”

The charity organization funded by SAMHSA.

Michael Boxleitner was 15 at the time of His Parents Divorce

His mother and father first met when they both were on Battle of the Network Stars. But Boxleitner didn’t care about it due to their age difference. After years, the two again reconnected but this time they started dating on and off. They later engaged twice but called off their engagement each time.

Although their relationship looked unstable initially when the duo reunited for the third time they eventually exchanged their vows on 1st Jan 1995. Their small wedding ceremony took place in Melissa’s mother’s living room. The duo soon started their family, welcoming their son in October of the same year they tied the knot.

They spent their next several years peacefully but it didn’t go for long. They separated in March 2011 and Gilbert filed for divorce from her husband in August of that year.

Gilbert who sought the joint custody of their then-15-year-old son said,

“We have loved each other for a very long time and we share four incredible sons together.”

Apparently, Michael also has a pretty good relationship with both of his parents.

Boxleitner has two older half-brothers named Sam and Lee from his father Boxleitner’s previous marriage to actress Kathryn Holcomb. His third half-brother Dakota Paul Brinkman is from his mother’s first marriage to Bo Brinkman. Michael is pretty close to all of his half-siblings, especially with Dakota. He also served as the best man for Dakota at his wedding with Marissa Brinkman.

What About His Love Life? Is Michael Boxleitner Married?

As far as the online tabloids suggest, Michael is not married to anyone at present. The star kid remains quite secretive when it comes to his love life. Because of his tendency of keeping things to himself, it is hard to find out whether Michael does have a girlfriend or is leading a single life.

Michael Boxleitner’s fortune is $100,000. He currently resides in Manhattan, New York. Besides, his mother Melissa has an estimated net worth of $500,000 while his dad Bruce’s wealth stands at $3 million.