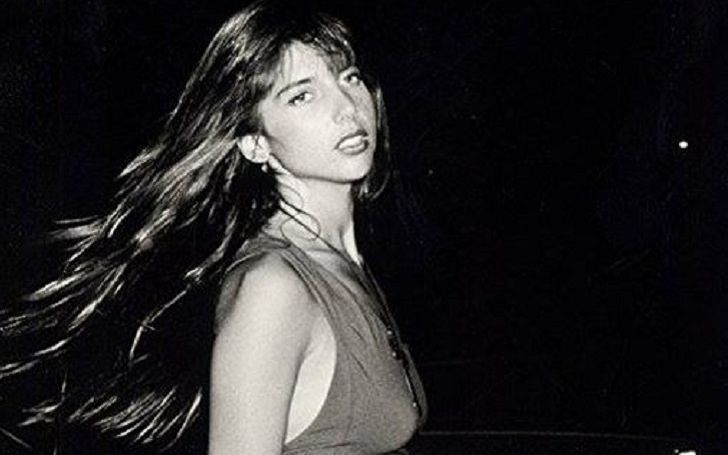 Nicolette Scorsese is a former actress and model. She is widely known for her role in the Chevy Chase comedy classic, Nation Lampoon’s Christmas Vacation. But, it’s been years since she has been in the media. Due to her low-key existence, many people wonder to know what Nicolette Scorsese is doing at present.

Besides, during the peak of her career in Hollywood, Nicollette was linked to many well-known stars. She briefly dated Academy-Award-winning actor Sean Penn. Furthermore, Nicolette shares a last name with the legendary film director, Martin Scorsese. So, many fans have questioned if Nicolette is related to Martin.

Here are all the answers to these questions. Let’s zoom in!

Who is Nicolette Scorsese? Her Age and Childhood

Scorsese is an actress by profession. She was born on January 6, 1954, in the United States of America. As of 2022, Nicolette is 68 years old. She was reportedly raised by her American parents. However, the ex-model has kept most of the details surrounding her early life out of the media.

Talking about her ethnicity, Scorsese is Caucasian and has an American nationality.

Nicolette Scorsese is an Actress: Movies and TV Shows

Nicolette initially wanted to be a model and did work for a few modeling agencies and brands before dabbling into the acting world. She landed her first on-screen gig on NBC’s action TV series The A-Team in 1985. She portrayed the role of Cindy along with some Hollywood stars like George Peppard, Tim Dunigan, and more.

In 1987, the then-rising actress scored her second TV role, playing Louise on the CBS sitcom Charles in Charge. The project starred Scott Baio, Willie Aames, and Julie Cobb. A year after, Scorsese went on to appear in Perfect Victims.

After a few small roles on TV, Scorsese soon jumped onto the big screen making her debut with a family comedy movie National Lampoon’s Christmas Vacation in 1989. She featured as Mary, a lingerie counter clerk in the project, sharing the screen alongside Chevy Chase, Beverly D’Angelo, and Randy Quaid. Moreover, the movie also became commercially successful, grossing around $73 million at the box office worldwide.

In 1993, Scorsese grabbed two more roles in the movies Aspen Extreme which was directed by Patrick Hasburgh and Boxing Helena.

Nicolette, after working in a few movies during the late 1980s and early 1990s, started working on TV projects. In 1994, the actress popped up in two TV series; L.A. Law and Rebel Highway. She also appeared in TV movies such as Girls in Prison and The Ultimate Lie.

Scorsese’s another big break came when the actress landed the role in a police procedural drama television series, NYPD Blue (1995-2000), making it one of the longest-TV roles she has ever played. Based in New York City, the project aired on ABC on September 21, 1993.

What is Sean Penn’s Ex-Girlfriend Nicolette Scorsese up to These Days?

Despite her regular appearance in the spotlight during the 1980s and 1990s, Nicolette has since kept her life entirely away from the media. She has yet to talk regarding her latest endeavors. Besides, she has not made a single public appearance for the past several years. So, it becomes really hard to find out what Nicolette is up to these days.

No! the former actress isn’t related to the director Martin Scorsese. Although the two share the same last name, they are not linked to each other whatsoever. Because of their matching family name, people started speculating the two were married. However, it is far from reality.

Scorsese was in a brief relationship with Sean Penn back in the late 1980s. The two notoriously kept their love life private. Back in May 1989, they were seen attending the First Annual International Rock Awards in New York City. The two dated for a couple of months before they went their separate ways. It was an amicable split.

Prior to her relationship with Sean, the actress was also in a short-lived relationship with Antonio Sabato Jr., an actor, and model. Tabloids say, they first came across when Scorsese was at the beginning of her career. But, it is unknown how long they stayed together as a couple.

Her net worth is $300,000 as of 2022. She predominantly collected money from her retired acting career. On the other hand, her ex-beau, Sean Penn has an estimated net worth of $70 million.

Nicolette isn’t active on any social media platform. She prefers to live a low-key life. As a matter of fact, Nicolette doesn’t indulge in living a life of a celebrity. She has been inactive in her acting career for decades so she might love to live a life away from the razzle-dazzle. She might be active on social media platforms like Facebook and Instagram, but she has not been public as of yet.

Scorsese is a former model and has not appeared in the media for years so there might be ambiguity in her body stats and measurements. However, some online sources have mentioned the facts.

According to the facts by such outlets, Nicolette Scorsese is 177cm tall and weighs 132 lbs. Besides, her body measurements are 86-66-88 centimeters. Furthermore, she has got a pair of blue eyes and her hair color is light brown.