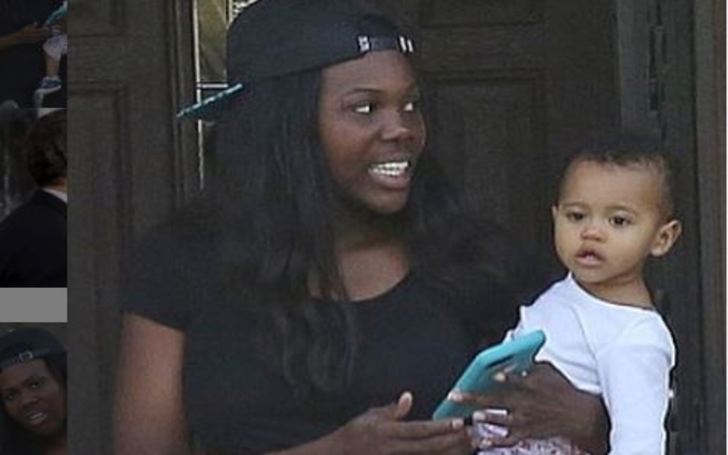 Tiffany Miles is known for having the daughter of Chet Hanks who is the son of Tom Hanks, and his wife Rita Wilson. Although they share a child, their relationship isn’t that easy to define. Besides, as for her profession, she is a journalist.

Tiffany’s partner Chet is an actor/musician who is known for appearing in series like Empire and Shameless. He has also produced some musical creations; some of them being White and Purple, Models, and NowhereLand.

No one knows how long Miles had known Hanks. Tiffany is into journalism and has long been an inhabitant of the Golden state. While there may not be much to tell from her personal affair, her story nonetheless is intriguing in the sense that people have tried to know where she stands in the Hanks family.

So know how she is doing; post having the child of Chet. Also read if she is close with Tom, himself and his wife, or any member of the Hanks clan.

Tiffany Miles Is Allegedly A Native Of California

Miles is the daughter of Diane Owens. It is believed Tiffany is a longtime resident of California. However, not much about her family is known. In fact, the media began digging about her only after she became the mother of Chet’s child.

Her Mother Was Accused Of Violent Behavior

Radar Online, in Jul 2018, reported that Tiffany Miles’ family has an alleged history of feuding, as her mother had been accused of violence, abuse, and bizarre behavior in 2015.

According to court documents Tiffany’s grandmother, Lula Owens, filed a request for a temporary restraining order against her daughter, also Miles’ mother, Diane Owens. In court, Lula said she lived in constant fear that Diane would try to hurt or kill her.

Miles’s grandmother further complained about how Diane threatened to throw all her belongings out on the street. She added her daughter doesn’t clean up or do anything. And would break things in the house on purpose when she got mad.

Diane later reasoned that her mother was misjudging her due to the shocking loss of her two children. While the court gave a temporary restraining order, a permanent restraining order was denied.

Miles is a former student of California State University. She studied broadcast journalism graduating in 2013.
She holds a sound knowledge of the newsroom environment, reporting, anchoring, producing, writing, researching, and fact-checking. Miles is also handy when it comes to adobe audition, audacity, and final cut software.

Miles Work In The News Industry

After college, Miles interned at KMIR 6 News in Palm Desert, CA. She assisted reporters with filming, editing, and writing scripts for newscasts.

In September 2011, the CSU graduate once again interned at Viacom in Santa Monica. There she composed and refined articles for the Hollywood Crush Blog for the MTV News website. Her first major job was as a lead administrative assistant in Northridge, California. She has been with the company since.

In the meantime, she is also doing an internship at Moguldom Media Group LLC. The news writer joined the Downtown La firm in Jan 2012 and helps with managing YouTube, Twitter, and Email accounts. Tiffany’s other jobs include operating teleprompter during live shoots, processing documentation, and preparing equipment for red carpets appearances

Tiffany Miles’ Has a Daughter With Chet Hanks

As mentioned, Miles shares a daughter, Michaiah Hanks with actor Chet Hanks. Michaiah was born in April 2016. The actor/rapper father, however, didn’t announce the news of his and Miles’ daughter until December.

The first child of Tom and Rita took to his Instagram to announce his relationship with Michaiah through a video. The post, however, has since been deleted. In the footage, the Fantastic Four actor/musician said,

“I want to share something today because it’s about to be shared anyway in the press, which is the fact that I have a daughter. I do have a daughter, she’s the best thing that’s ever happened to me, she’s the reason why I turned my life around and got sober.”

In the clip, the tattooed artist also revealed that he’s been sober for over a year and a half from everything. Additionally, he said he didn’t want to post the picture of his daughter and that she’s something that he loves, that’s changed his life.

It was only in February 2019, that the former party lover son of Tim Hanks stepped out for the first time with his daughter Michaiah in La Quinta, California.

Is Tiffany Miles The Girlfriend Of Chet Hanks?

Despite having a daughter together, Miles and Chet were never in a serious relationship, as per reports. According to sources, they just had a single performance of a play after which Miles became pregnant with Michaiah. Apparently, they both were intoxicated.

Chet, however, claims the woman who gave him his daughter is the sweetest person he has met so far.

The White and Purple rapper also paid a heartfelt tribute to his daughter’s mom, Miles, amid the George Floyd protests.

He shared a series of Instagram photos showing him standing in front of Geroge Floyd’s artwork. Alongside the post, Chet wrote about how thankful he was for Tiffany, calling her “the mother of my child and a beautiful black woman.”

Many have speculated if Tiffany is Jamaican. Although it is unclear what exactly is her lineage, people have been linking her name to Jamaica ever since her baby’s father created a stir by using a Jamaican accent in the 2020 Golden Globe Awards.

The then 29-year-old son of Tom and Rita posted a video of himself from the red carpet on Instagram, speaking in patois.

There were some who immediately fired criticisms at him for misrepresenting Jamaican culture.

Chet later issued a video though now-deleted in which he tried to explain why he doesn’t see anything wrong with his use of the Jamaican accent.

Worth mentioning is the fact that Chet later explained that it was one of his hookup partners who was from Jamaica that prompted him to learn the Jamaican language. In an interview, the Shameless star revealed how hearing her ranting Jamaican curse words on phone intrigued him towards Patios. Although Chet never revealed who the girl was, people believe it might have been his daughter’s mother, Tiffany Miles.

Did She Receive Any Settlement From The Hanks Family?

There had been a lot of talk about Tiffany Miles’ net worth especially after she bore the child of the Hanks family. There even had been speculations and accusations claiming Miles did all this to get a portion of Tom Hanks’ fortune worth hundreds of millions of dollars.

Chet, however, has slammed all those remarks stressing that he holds big respect for Tiffany. Apparently, he also occasionally visited Miles from her pregnancy to delivery day.

Allegedly, the journalist also has a healthy relationship with Tom and the rest of the Hanks family.  The two-time Oscar winner reportedly helped Miles a lot with the child support of his granddaughter.

In January 2021, Chet shared a harrowing video of him bleeding from his forehead claiming his ex-girlfriend attacked him with a knife.

Just days after, the court ordered Chet to stay away from his ex-partner after she claimed the actor had been physically and verbally abusive towards her for several months.

In the video, the rapper says she’s mad because he caught her stealing his money, taking his credit cards, and charging her rent to them.

On a very different note, some have confused the alleged ex-girlfriend of Chet to be his baby’s mother, Tiffany Miles. The lady in the footage, however, is Kiana Parker whom Hanks had been since October 2020. Many mistook her for Miles for the fact that they are both blacks.

Is Tiffany Miles Dating Someone?

While it’s almost certain that she seemingly is not romantically involved with her baby’s father, Chet. Also, it remains a mystery if the two ever tried to be in one. Chet seems to be busy being a dad and with his hip-hop shenanigans. His life is quite apparent from his socials while the same cannot be said of Miles.