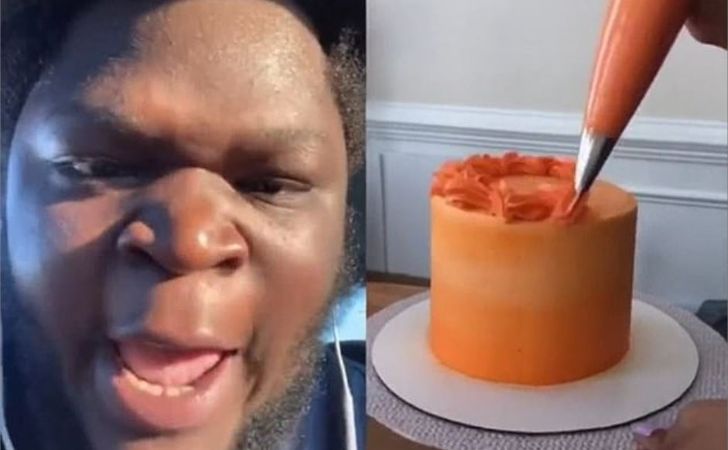 Oneya Johnson is an American TikTok star known for his angry reaction videos on TikTok and Instagram. He became an overnight sensation gathering over 1 million followers in just 24 hours. And over the last few months, his followers on all the platforms have only been growing.

As of April 2021, he already has over 17 million followers on TikTok and 1 million on Instagram. While this shows his popularity in social media, Oneya has been through hard times and had been homeless for months in the past.

Well, in the article, we are going to reveal everything from his age, birth details, other interesting facts about him.

Who is Oneya Johnson?

Though Johnson has not revealed much about her parents, he has a brother who lives in Lafayette. Needless to say, they have quite a decent bonding as siblings.

It doesn’t happen to everyone, but he is one of the very lucky few who became a sensation gaining 1 million followers in a day. Johnson gained such fame after the video he posted on August 23 went viral. On his TikTok account where he goes by @angryreactions, he made a video reacting to @bobbysrey’s cake-decorating tutorial, where she asks people to not be mean in the comment.

Well, Oneya took the opportunity to make a duet where he yells,

Who bein mean to you? Who? Who says your cake looks like s***? You point ’em out because your cakes look good!!!

The video became instantly viral being viewed over 42 million times in a span of a few hours. Check out the video here.

Johnson Is a Father of Two Children With His Girlfriend

The 23 years old Oneya is already a father. He has two children with his girlfriend Jillian. The newly famed TikToker has not revealed much about his children. He even keeps his kids away from his social media and has not even exposed their faces.

He along with his girlfriend and kids lived in Michigan. Besides, he has not revealed anything about his love story. But there are reports that he had temporarily split with his partner but are on good terms at present. So are they planning to marry?

Well, it looks like they have no plans to walk down the aisle anytime soon.

He Was Homeless For Months

While everyone is aware of the fame he achieved overnight, not many know the struggles he went through. Oneya had reportedly been homeless for months before his TikTok boomed.

As per the reports by BuzzFeed News, he was evicted after neighbors made police complaints about him fighting & shouting loud. Well, on the matter, his girlfriend Jillian who is on good terms with him at present stated,

Oneya is big and his voice is bigger than mine, so neighbors could only hear him.

After being evicted from home, he lived in his car in the neighborhood of Lafayett, making videos most of the time.

He has not revealed the exact sum of his net worth, but some sources have estimated his net worth to be around $1 to $5 million. Since he has huge followers on social media, the sum is pretty much attainable.