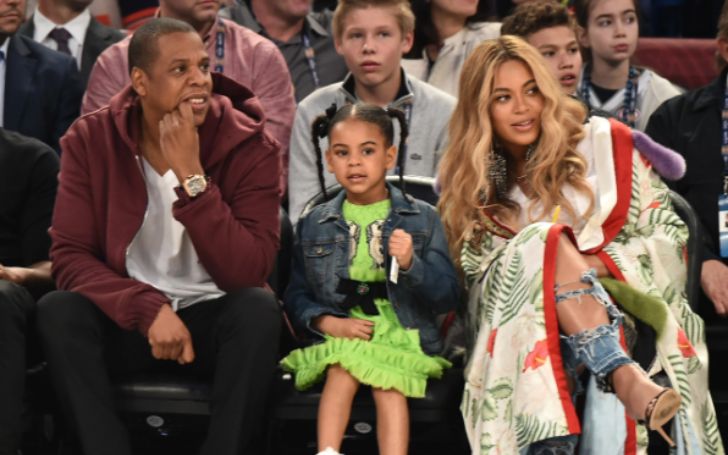 As an audience, we are always very interested to know what our favorite stars are up to. We like to keep ourselves updated by digging up even the tiniest bit of information from the Internet. Above all, it is our sole duty as fans to know about a celebrity’s family life as well. Who are they married to? Do they have kids? And, are the kids famous? This is what excites most of us.

Hollywood is an industry dominated by the families of such celebrities. A great example of this can be taken from the Kardashian Family. Almost everyone in that house is somewhat famous and has a career in showbiz; they’re even continuing the legacy in the younger generations! So, who are other such kids of such great families who’ve walked in the footsteps of their parents and grandparents? Well, there is quite a handful.

Therefore, this article is all about that! Here, we will look into the top 10 most famous people who’re also the kids of famed stars. So, let’s get started.

Born on July 8, 1998, Jaden Smith is the eldest son of actor, Will Smith and his lovely wife, Jada Pinkett Smith. As we all know, both of Jadan’s parents are the most beloved celebrities of Holywood. So, what about this star kid?

24-year-old Smith Jr. has a great reputation in the industry just like his dad! As of today, he is best known to the younger generation as an actor, rapper, and singer.

Furthermore, talking about his career as an actor, Jaden made his first debut in 2006, alongside his dad. Pursuit of Happiness was his first-ever film. As it turns out, the young man was just an 8-years-old at the time. Following this, in 2013, he again appeared with his father in the movie, After Earth. Similarly, The Day The Earth Stood Still and Karate Kid are some of his other movies.

In addition to great acting skills, Will gifted his son with the ability to create music. Even more so, his son is best known for his great skills in rap. Jaden Smith began his musical career in 2010 when he was featured in the song, Never Say Never by Justin Beiber. Along with this, he has released a number of mixtapes. Finally, after a lot of hard work, this star kid released his first debut studio album, Syre in 2019.

Blue Ivy Carter is the daughter of Halo singer, Beyonce and her husband, Jay-Z. She was born on the 7th of January 2012 and is just a 10-year-old kid. So, why is she on the list, you may ask? Well, despite being so young, Blue is pretty famous in the entertainment industry.

Many may not know this, but Queen B’s daughter is the youngest person on this planet to have a Billboard charted song. Beyonce’s song, Brown Skin Girl, on which Ivy was featured entered the Hot 100-Charting List on Billboard in 2019. Shockingly, she was just 7 years old at the time and handling the fame quite well.

Similarly, the young girl has also narrated an audiobook. Recently, Matthew Cherry’s Hair Love was narrated by 10-year-old Carter. Looks like she definitely is following in the footsteps of her family’s legacy!

This list would seem a bit odd without a kid from the Kardashian family. So, next on the list is North West, Kim Kardashian’s oldest daughter.

Kim and her recently-divorced ex-husband, Kanye West welcomed their eldest baby girl on 15th June 2013. As of 2022, she is just 9 years old, and apparently, super famous! Her mother, Kim Kardashian, who is the star of Keeping Up With The Kardashians, often shows off her daughter, North on the reality show. Since the very beginning of her life, the 9-year-old has been a part of the show.

Similarly, nowadays, North is a famous TikTok star and an inspiration to many young girls like her. On her account, which is supervised by an adult, she posts funny videos of herself dancing to famous TikTok songs. Likewise, she also posts videos showing her make-up and great clothing styles. We believe it will not take her long enough to appear as a model or even an actress in the coming future.

Next on the list is Maya Hawke, AKA Robin from Stranger Things. The 24-year-old was born on 8th July 1998. She is the lovely daughter of actress, Uma Therman and her actor-cum-director husband, Ethan Hawke.

Born with great genes in acting, Maya began her career as a model. It was not until 2017, that she stepped into a career in acting. As a 19-year-old, young Hawke made her screen debut in the BBC adaptation of Little Women. Similarly, she recently surfaced as one of the leading characters in the famous thriller, Stranger Things. Besides these, Once Upon a Time in Hollywood, Fear Street Part One: 1994, and Do Revenge are some of the movies where she has made an appearance.

Furthermore, she is not just an actor. Maya Hawke is also a musician and has released two albums back-to-back – Blush in 2020 and Moss in 2022.

Paris Jackson is the 24-year-old daughter of the late Micheal Jackson. She was born on the 3rd of April 1998 as the second and the only daughter of Jackson. So, how is she famous?

Well, Paris is a model, an actress, and a singer/songwriter. She made her first film debut in the movie, Gringo in 2018. Similarly, in 2019, she was signed to appear in the 3rd season of Scream on VH1. Talking about her modeling career, Jackson began modeling through IMG Models in 2017.

Similarly, following in the footsteps of her late father, Paris Jackson is also a musician. She recently sealed a deal with Republic Records and released her first single and an album in 2020; Let Down was released in October of 2020, while her album, Wilted was subsequently released in November of the same year.

Zoe Kravitz, born on 1st December 1988, is the 33-year-old daughter of actress, Lisa Bonet and her former musician husband, Lenny Kravitz. She is best known to people as an actress, model, and singer. The genes of both of her parents seem to have mixed well into creating this all-rounding woman.

No Reservations was her first-ever movie. However, she only got her big break from the X-Men series, First Class in 2011. In addition to this, most people know Zoe from her role in the film series, the Fantastic Beast.

Similarly, as of 2017, she is the face of YSL Beaute – she also has modeled for many famous branded companies. Furthermore, Kravitz explored a musical career in 2014. She has released two albums as of today – Clam Down and Tenderness.

Born on February 10, 1991, actress Emma Roberts is the daughter of the legendary American actor, Eric Robers and the niece of Julia Roberts. Following in their footsteps, Emma is best known to people as an actress to play the best roles in comedies and thrillers.

In 2001, she was featured in her first debut movie, Blow. Following this, she became even more popular through Nickelodeon TV show, Unfabulous. Furthermore, her roles in movies like Nancy Drew, Hotel for Dogs, Valentine’s Day, We’re the Millers, and many more are highly appreciated by all.

It is obvious from her surname that Vivienne is the daughter of the two greatest actors in Hollywood. That’s right, she is the lovely daughter of Angelina Jolie and her ex-husband, Brad Pitt. Born in 2008, Vivienne is a 14-year-old as of 2022. And, with her name connected to such famous personalities, she automatically is known everywhere and to everyone!

The young girl appeared on the screen for the first time in 2014. As a 6-year-old, she handled the role of Princess Aurora, alongside her mom, in the film, Maleficent.

Egypt Doud Dean is the 12-year-old son of If I Ain’t Got You singer, Alicia Keys. He was born on 14th October 2010 Keys and her record-producing husband, Swizz Beatz.

As it turns out, Egypt shares a joint interest with his mother. Both he and Alicia love playing the piano! In 2019, Dean and his mom performed together at the iHeartRadio Music Awards. However, before this, in 2016, he produced music for Kendrick Lamar. That’s right, the then-5-year-old boy helped his dad produce Untitled Unmastered by Lamar. This really shows what great of a musician he might become in the near future.

P. Diddy’s son, Christian Combs is next on this list. He is the rapper’s 24-year-old son, born on 1st April 1998. Young Combs followed in the footsteps of his dad to become a rapper himself. Can’t Stop Won’t Stop, Cartis, Surf, Good to Ya, and Love You Better are some of his recently released and top songs.