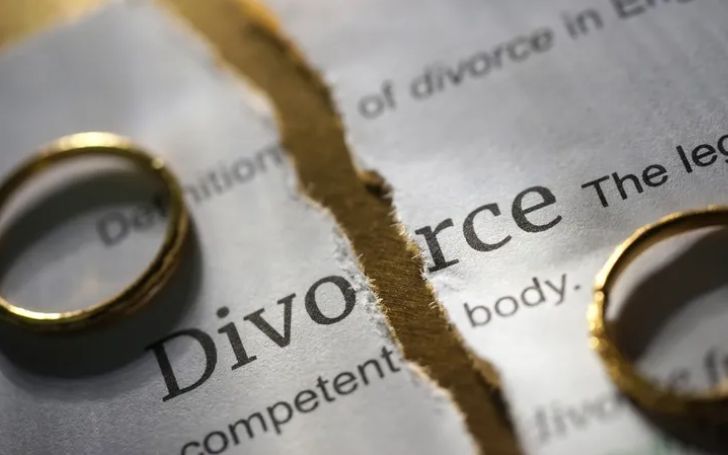 The concept of “broken families” is present since the beginning of humanity. Even more so, divorce, today is a normal part of life when a person truly realizes that their partner isn’t “the one”. In addition, there can be multiple other reasons for couples to separate. Life becomes unbearable with the other person, and the only easy way out is to break up.

Divorces, in many cases, can be complicated, full of drama, and emotionally draining. But when it comes to divorces among celebrities, the case is financially draining as well. We feel heartbroken to hear our favorite stars part ways with their beloved partner. However, it is even more unsettling to hear about what money such famed people spent just to break up with their loved ones.

Therefore, this article focuses just on that. Here, we will look into 5 such divorces among celebrities that were extremely financially draining. So, let’s get into it!

The founder and CEO of Amazon, Jeff Bezos became the world’s richest man in June 2018. Shortly after, in 2019, he separated from his wife, MacKenzie Scott, with a divorce settlement of a whopping $38 billion. The two were married for almost 25 years!

This is one of the most expensive divorce settlements in history.

Along with the money, ex-Mrs. Bezos also earned a 4% share at the CEO’s company. Furthermore, this led MacKenzie to become one of the richest women in the world. Even after donating most of her money to charity, she is the 30th richest person in the world, while her ex is the 3rd.

Well, from his marital relationship with MacKenzie, she had a son named Preston Bezos, born in 2000. After the divorce from Jeff, Scott married for the second time to Dan Jewett.

Kim and Kanye West, and the relationship between them is something we’re all aware of. The ex-duo married in 2014 and separated recently in August 2022. Moreover, their divorce settlement is also a painfully expensive one!

After 8 years of marriage, and despite having a prenuptial agreement, the couple faced many disputes during their separation. Their divorce settlement alone was a huge sum of $2.1 billion dollars. Furthermore, the famous couple also had joint assets worth $70 million and many luxurious houses that had to be divided.

Next on the list is the divorce between Rolling in the Deep singer, Adele and her former husband, Simon Konecki. Many won’t believe but the musician also faced a pretty expensive agreement during the divorce.

Adele began dating her future ex-husband in 2011. Later, the couple married in a very private ceremony which was only confirmed in 2017. They also had a son named Angelo Adkins. However, the two decided to walk on separate paths in April 2019. It was a very hard time for the singer. She did not sign a prenuptial agreement, which in turn cost her an expensive divorce.

The settlement between the two is estimated to be $170 million dollars. On Adele’s request, information on her divorce from Konecki was kept top-secret by LA Court.

In 2006, Michael Jordan officially became a single man after his divorce from his former lover, Juanita Vanoy. The two tied the knot in 1989 and were together for 17 years. They even decided to separate in 2002, but changed minds and work things through. However, that did not last very long.

Moreover, the divorce ended up making Vanoy a rich woman. She received a whopping $168 million in the divorce settlement. Nevertheless, this did not cause any dispute between the two.

It is reported that Jordan and Juanita are still good friends and ended things on a good note. They are also the parents to 3 young kids – Jeffery, Marcus, and Jasmine Jordan. Even more so, after the official divorce, the two attended their son’s basketball game together.

The famous Pirates of the Caribbean star, Johnny Depp met the ex-love of his life, Heard, on the set of Rum Diary in 2011. After almost 4 years, they decided on spending their lives together but the promise broke. Only after 15 months of marriage, Depp and Amber announced their separation, citing “irreconcilable differences”.

It took the actor $7 million dollars to officially separate from Amber Heard. However, after the initial filing, she got a restriction order against Depp and accused him of domestic violence. On the contrary, many believed that Heard was the one who abused Charlie and the Chocolate Factory actor.

These allegations were dropped years later. In turn, this caused Heard to donate the settlement money to the American Civil Liberties Union.

Well, for a fact, Johnny was earlier married to Lori Anne Allison. With his first wife, he has two children Lily-Rose Depp, & Jack Depp.

What Happened To Dawn Lyn? Her Wiki, Illness, Family Life And Many More